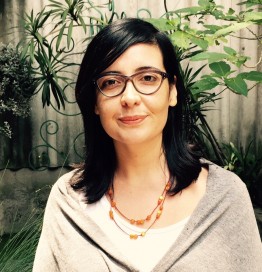 Diana Aldana of Turner Libros says that with its large population and market, Mexico has become the new El Dorado of Spanish publishing. Founded more than 40 years ago, Turner Libros is a well-known publisher of trade art books in Mexico, often working in collaboration with galleries and museums to offer exhibition catalogs for exhibitions, translations and artists monographs. Turner is also known for collections of essays, primarily covering music, history science, and has recently entered the fiction (with several translations from the Arabic), as well as the graphic novel and children’s book market.

The company, which is based in both Madrid and Mexico City (with a partner in Santiago de Chile), was awarded the Best Cultural Publisher in Spain in 2013 by fellow publishers and critics, and based both in Madrid and Mexico City. “We have published books by/on many Mexican artists and are the editors, along with el Colegio de México, Colmex,” says Diana Hernández Aldana, Senior Editor at Turner Libros.

Hugely successful has been their series Historias Mínimas (or “Minimum Histories”), which offer very complete 300 page introductions to the history of several countries and subjects, such as “political ideas in Latin America,” or “Western literature”. The series is published and distributed by Colmex in México. But, notes Aldana. “We distribute and publish completely or co-publish in some cases for the rest of the Spanish speaking territories, except for the graphic, and comics version of the Historia Mínima of Mexico, which we publish and distribute in Mexico. There is more recent series of which I am in charge and that includes fiction and graphic books, as well as essays and “unique” books.”

Diana Aldana is one of seven market “players” representing Mexico at The Markets: Global Publishing Summit at the Frankfurt Book Fair on October 13, 2015.

Aldana explains that she is surprised at the size of the markets in Mexico and Latin America and at their growth. “I had been living in Spain for many years, and through the crisis,” she explains, “and I though it was more a product of our wishful thinking from the other shore. Mexico was the adoptive country for many Spanish exiles after the Civil War, and a publishing pole for them during the Franco dictatorship, Mexico is now having a second wave of Spanish publishers wanting to, if not live, at least set up shop there.”

But the country stands very much on it’s own: it is the country with the largest Spanish speaking population in the world and produced many of it’s own books — just 10% of those sold in the country are imports. And it has steady sales, “These are not so high, in my opinion, for such a large country, were the average reader reads 2.9 books every year — revenue for the total industry was just 580 million euros last year.”

“Even though the Mexican buyer can afford books, they are not usually in the ‘must-buy’ list of daily needs,” she adds. This does not seem to be changing. That everyone in Mexico buys and reads books is merely wishful thinking and a misconception. The same goes for the Spanish-speaking population in the United States.”

Still, says Aldana, there is opportunity and Mexico is seen “the new El Dorado” for Spanish publishers who are looking to boost sales, or just survive and break even after the crisis in Spain, which brought about an average sales decrease of 30 to 40% in annual sales during the past few years.’

This shift in attitude toward Mexico (and Latin America) has also engendered a change in publishing practices as where previously a it was standard for a publisher to be offered and to acquire world rights for a title, now the trend is is to split rights depending on the actual capacity of publishers to distribute and promote books abroad.

But as always, when it comes to international trade, it always starts with the authors and those willing to seek them out and publish them. “It is still a country and a continent that has many brilliant writers,” says Aldana. “Perhaps because it is such a large, varied territory … but for me, the key remains to seek them out. You have to read as much as you can. And there are many small great publishers who are able to produce sustainable literary projects, from Sexto Piso to Almadia, Caja de Cerillos to MaNgOs de HaChA.”

It is they, along with Turner and others, who helping to make Mexico a destination on the global literary map.