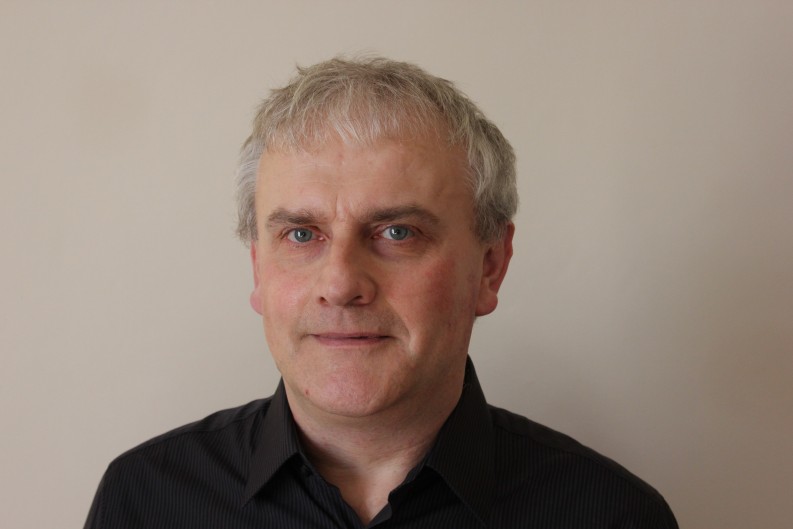 I travelled across Ukraine by train in 1993 and spent hours staring mesmerized at the seemingly endless pastures and forests. It was hard to believe that this vast country was so invisible in Western culture. Likewise, the Ukraine has one of the richest literatures in Europe, yet it remains untranslated and the country is culturally almost invisible. Why?

In Valerii Shevchuk’s story, Birds from an Invisible Island, a wanderer is taken prisoner by a mysterious sect. Every night he dreams that a bird flies to him in his chamber, an emissary from beyond the castle walls. Shevchuk’s story conveys the sense that Ukrainians had of being exiles in their own country. Their language was always under threat, whether it was the Bolsheviks bayoneting Ukrainian speakers as they entered Kyiv or the Tsar consigning national poet Taras Shevchenko to exile. Ukraine existed within Russia like the small, suffocated figurine at the heart of a Matrysuhka doll. The two countries share a common ancestor, the kingdom of Rus, with its capital in Kyiv. Many Russians still believe that they are a single nation and regard Ukrainian culture as an artificial construct dividing a single people. As a 2012 Chatham House paper noted, Ukrainian literature and culture “appear to be meaningless, second-rate or blasphemous to a large number of Russians. Generations of Russian intellectuals have turned belittling (sic) of the Ukrainian language and culture into a part of the Russian belief system … ”

Ukrainian literature was subject to repeated legal prohibitions in the Tsarist and Communist eras and, historically, the attempts by Ukrainians to appeal to the international community for help to address this oppression have gone unheard because of the greater power of Russia.The volume of literature translated into English from Russian and Ukrainian reflects the standing of the languages. The statistics published by Literature Across Frontiers illustrate that Russian was among the five most translated languages in 2000, 2005 and 2008.. Ukrainian is not even mentioned. There are almost no statistics available on Ukrainian literature in translation into English.

However, a study undertaken by Nadiya Polischuk found that there were twenty-one books translated from Ukrainian into English between 2000 and 2013 and published in Europe. The figure is misleading because it includes Andrei Kurkov’s Russian language works. Kurkov, the best known contemporary writer from the Ukraine, accounts for 17 of the translations in total and several of these are repeat publications. That means the total translated from Ukrainian amounts to a paltry four titles over 14 years.

Yet Ukrainian literature is unique in part precisely because of its situation as the language of a marginalized and oppressed people. Taras Shevchenko was probably the only major European nineteenth century poet ever to have been owned by another human being. Ironically, as the Communists sought to legitimize their rule in Ukraine, Ukrainian literature flourished until about 1930. After that date an entire literary generation known as “The Executed Renaissance” was culled and suppressed. Their work contains poetry and prose of the very highest order and its absence from the global literary canon impoverishes us all.

The very act of writing in Ukrainian was political and became the choice of the most inventive and daring talents. As Rory Finnin of Cambridge University notes “Ukrainian literature is replete with vigorous voices … It is a literature of rebels and risk-takers … whose works injected world culture with new euphonies and expanded the boundaries of human expression. They deserve our renewed study, in Britain and beyond.” Finnin cites a number of authors, including Mykhailo Kotsiubyns’kyi, Mykola Khvyl’ovyi, Ivan Franko and Bohdan Ihor Antonych.

I have made my own small contribution to opening a door for Ukrainian literature in translation. Among my work are several translations of poetry, including work by Pawlo Tychna and a book by Ihor Pavlyuk, which won an English PEN award. The publishing company where I am a director Kalyna Language Press Limited, has published two of my translations of Ukrainian novels. But ultimately these efforts and those of other literary translators are the merest beginning; like the first glimpse of cranes on the horizon. The Empire will undoubtedly strike back, but it is crumbling now before our eyes. And Europe will gradually discover the unique voice of a lost literature. But literature, like the summer terrain of migratory birds, is never lost. The cranes are drifting home across the Steppe.

Steve Komarnyckyj is a UK based literary translator and poet. He is one of the directors of Kalyna Language Press.