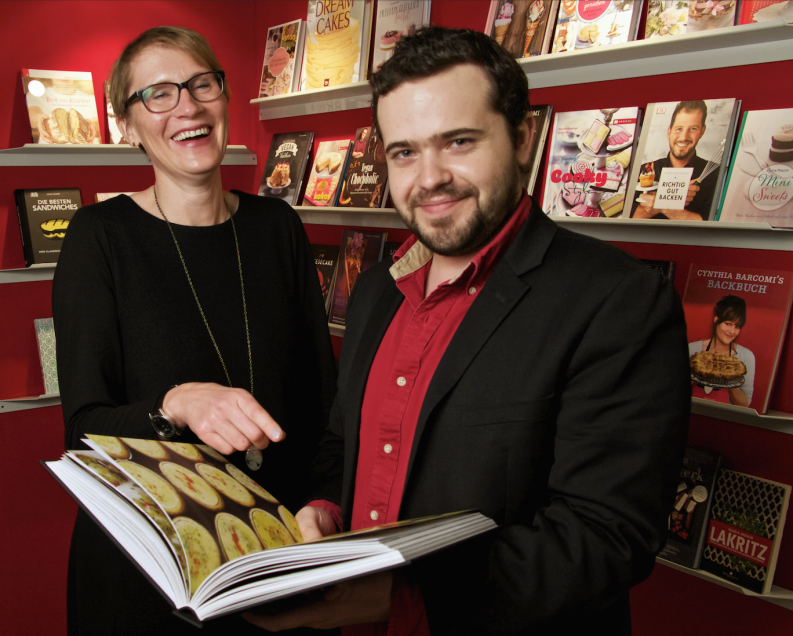 A new-look Gourmet Gallery signals a new era for the food and wine publishing industry at the Frankfurt Book Fair. On Wednesday the Gourmet Gallery opened, signaling a new era for the food and wine publishing industry at the Fair. Edouard Cointreau, Vice President of the World Cookbook Fair and son of Edouard Cointreau, the founder of the Gourmand World Cookbook Awards, recently signed a long-term agreement to bring publishers and authors in the culinary sector to Frankfurt each year.

The result is the Gourmet Gallery: two red-carpeted aisles in the vaulted Hall 3.1, featuring the stands of 84 exhibitors from 30 countries, a business center, a show kitchen, and an area for events and conferences.

“It’s good to have everyone together,” said Cointreau fils, who had previously organized the Paris Cookbook Fair with his father. Now, all their energy will be focused on the Book Fair, and the Gourmand World Cookbook Awards, which will remain in China where Cointreau père is based.

In the spirit of togetherness, Just World Books’ The Gaza Kitchen, by Laila El-Haddad and Maggie Schmitt, has a stand next to the Tel Aviv–based Lunch Box publishers. Renowned cookbook author Claudia Roden will be holding a conversation with El-Haddad and Schmitt today at noon in the Gourmet Salon.

Barbara Roelle, who works for the Fair and organized the Gourmet Gallery with Cointreau, said she hoped it would show all aspects of the culinary world, including the sociological and political:

“Three years ago, veganism was a big trend here. Now, perhaps, it’s about how food brings people together.”

Cointreau and Roelle also made a link between cooking and tourism, including tourist offices or regional products. “Now, food is a criteria for travel,” Cointreau commented.
A recent development is the presence of Latin American publishers. Cointreau pointed out that, a few years ago, there were only a few at the Fair, while this year there are publishers from each country.

One such publisher is the Gourmet Patagonia Foundation which, while a cookbook publisher, is also a sort of citizen’s movement.

“Our goal for 2020 is to make Chile a worldwide gastronomic destination,” said Francisco Fantini, part of the foundation and the director and author of the Poet’s Cuisine of Chile. For his book, he collaborated with Chilean wine growers, educators and people involved in ethical tourism.

Barcelona-based Gastronomía activa brings together chefs, enologists, sommeliers and food and nutrition experts who act as food consultants, providing gourmet experiences. The organization was able to come to Frankfurt thanks to sponsorship from Entra de Ballet olive oil from the Castellón province of Spain, which is exhibiting its products on the stand.
The newly conceived 1000 Cookbooks is a site that aims to be the Spotify of cookbooks. Founders Matthew Cockerill and Jon Croft are working on providing a curated and comprehensive collection of top food and recipe content for subscribers.

The French 180°C is a handsome independent culinary magazine and publisher that focuses on man’s organic relationship to food. Their latest book, Man&Food, explores the relationship between environments and the traditional ancestral diets of seven self-sufficient communities, with stunning photography by National Geographic photographer Matthieu Paley.

Between shots of raki from one of Turkey’s producers (the family-run Yeni Raki), tastings of mate from Yerba Mate by Argentinian sommelier Karla Johan, or a talk on Indonesian spice pastes in the Gourmet Salon, or a show kitchen demonstration of traditional Turkish desserts, the Gourmet Gallery is an exciting new space at the Fair.