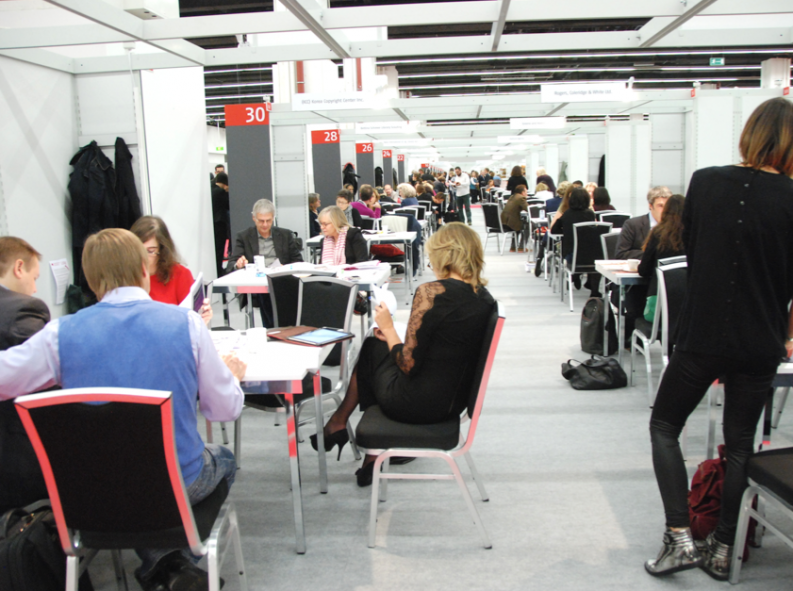 The French are known to reject books others love and buy books that others won’t — and turn them into bestsellers.

It is said that France is not an easy market to license translation rights into, that the French are quite particular in their tastes. They have their own specificities such as a Rentrée Littéraire (French literary season), numerous literary programs, practically no literary agents — in short, that they’re different. This year’s Rights Directors Meeting aims to prove that this is, in fact, wrong; that France is — as the opening session is entitled — “easier than you think.”

“When I first began in publishing, I thought this was an odd notion, but then I realized there was some truth to it,” said Anne Michel, an editor and the head of publisher Albin Michel’s foreign department. “We were told by foreign rights directors that we were unpredictable, that we were the one European nation that totally eluded their predictions.”

Michel will be demystifying France for agents and foreign rights directors and giving tips on the do’s and don’ts when pitching to French publishing houses in a talk called “How to convince a French editor to buy a title.”

“We are particular; we are a nation that can make a huge bestseller of an American and or British book that is less popular in its country of origin,” said Michel.

“We do have specificity — it’s not that easy to grasp, but I will try to give the audience a good sense of what we really need. For example, we are not so much into hype. Of course, like everyone else, we want the big book, but we are less impressionable and susceptible to hype. Also, I won’t buy something if I can’t read it. Even if I have very good reader’s reports, I need to be able to read at least ten pages of a book. The market is too hard. You have to fight so much to make a book work, so you really need to be convinced yourself.” Michel noted that the Scandinavian publishers are particularly good at providing translated samples.

Anne-Solange Noble points out that the perception of France is “in fact, objectively contradicted by the facts and figures which statistically prove that the French editorial market is actually extremely curious and open to the outside world … ”

Editions Plon-Perrin’s rights director, Rebecca Byers, will be providing some essential facts and figures, such as that France’s book market is the second largest in Europe after Germany and the fifth largest worldwide. That there are 3,000 independent bookstores in France compared to fewer than 1,000 in the UK. And, to corroborate Noble’s point: in 2014, France published books translated from more than 38 source languages, ranging from Zulu to Azeri, from Afrikaans to Thai.

While the Anglo-American world translates 2.8% of its production, said Noble, France actually translates around 18% of it. Of those translations, the leading language is English, but there is still room for many other languages and not just German, Spanish, Italian or Swedish. The Gallimard “Du Monde Entier” series, for example, highlights world literature and includes books translated from more than 40 different languages.

The points that Anne Michel will present aim to show participants that selling to France “is really possible. We can get very enthusiastic about books coming from small countries, as well as about books that are more ‘difficult.’”

“France is a country where book lovers can thrive,” Byers emphasizes. “This is largely thanks to the tradition of direct author-publisher relations and to the dynamic network of booksellers. A publisher’s personal conviction and enthusiasm for an author’s work is easily shared with his or her contacts in the bookselling world — the buzz starts there and word of mouth does the rest.”

The focus on French publishing will only be intensifying with the buildup towards 2017 when France will be Frankfurt’s Guest of Honor. “Now is the time to start tightening those links,” said Noble, “it takes a good two years to get a book translated and published!”