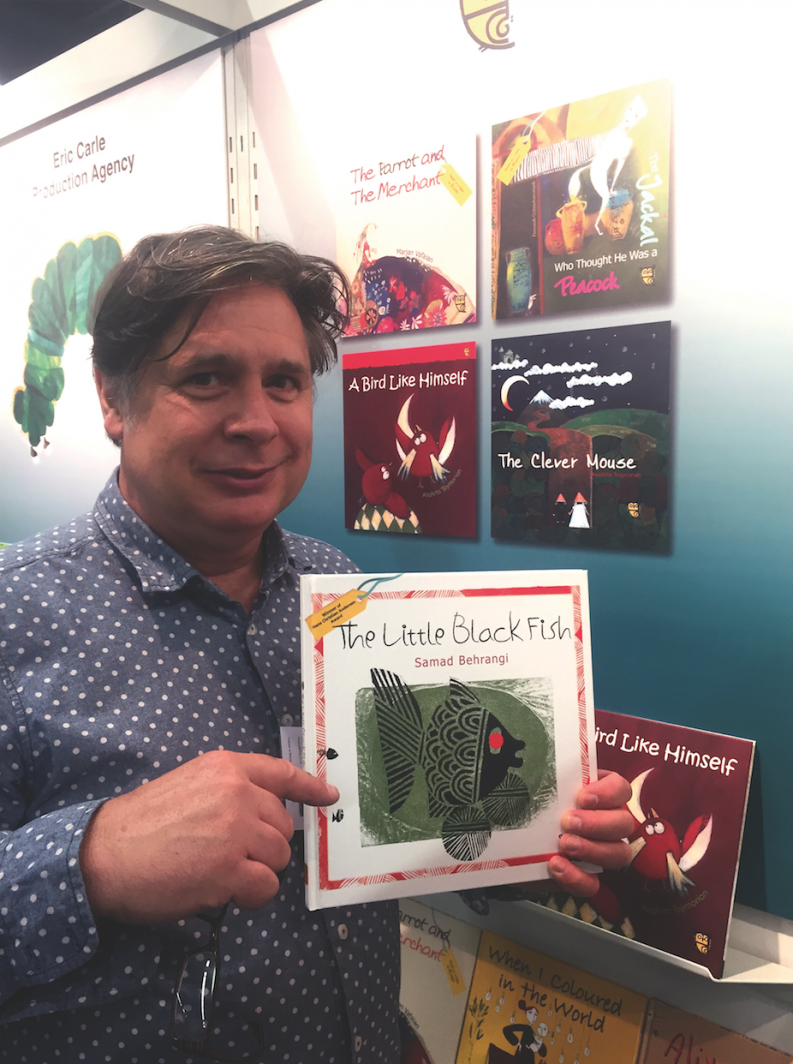 SaltWay’s Chris McLaren enjoys a challenge, so when one of the UK-based distributor’s Iranian contacts told him they were moving to London to start a children’s publishing company, he took the meeting.

“It’s the kind of thing we do — work to find a niche for quality illustrated books,” McLaren tells Publishing Perspectives.

Encountering initial reluctance from some UK booksellers, SaltWay have persevered and one Tiny Owl title, The Little Black Fish, recently became a Guardian Top Ten title. McLaren is now fielding orders from as far away as … Iran itself.

“One of our top books of this year’s fair is undoubtedly Memento Mori: Testament to Life by Erika Diettes, a beautiful slipcased two-volume photographic work from Colombia about grief and remembrance.

“It’s the kind of high quality book we will stay with and work hard to find a market for,” enthuses McLaren.