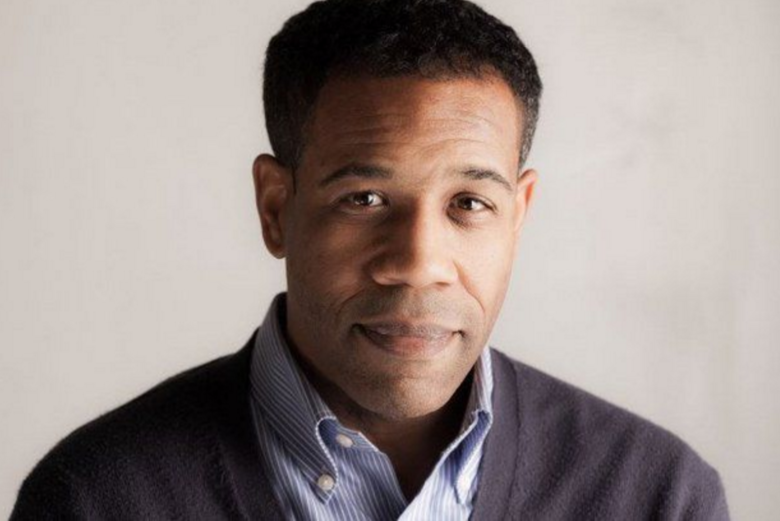 Gregory Pardlo and a trio of other acclaimed poets discuss their precarious working relationship with the publishing establishment.

Monday, at the CUNY Graduate Center in New York, a group of poetry lovers came together to honor and celebrate poet Gregory Pardlo for his Pulitzer Prize winning book Digest. The event was co-sponsored by PEN American Center and the Graduate Center of CUNY, and was unique in that Mr. Pardlo opted to use his celebration to launch a formidable conversation about the true state of diversity in today’s publishing world. He did this by inviting three other poets of diverse backgrounds to first read, and then join in a conversation moderated by CUNY Graduate Center Professor of English, Robert Fitzgerald Reid-Pharr. The panel consisted of poets Saeed Jones, author of Prelude to Bruise, Cate Marvin, co-founder of the non-profit VIDA, and author of World’s Tallest Disaster, and Willie Perdomo, author of The Essential Hits of Shorty Bon Bon.

The first person to read was Saeed Jones, a 29-year-old African American poet who opened with an achingly beautiful essay that served as an effective incantation for the event. The essay, titled “Self Portrait of Artist as Ungrateful Black Writer,” was about what it’s meant for him to join ‘The Establishment,’ describing how, on the one hand, he was honored and grateful for being invited to a mainstream literary party in Miami, but on the other, his path to getting there was fraught with covert and overt racism, so much so that it’s been difficult to not to embrace the anger. “You get so used to muting the anger and replacing it with being grateful… My body felt like it was in two different Americas at once,” he said. Someone he knew from New York saw him at the party and said “You’ve grown your hair out, and I’m going to do the racist thing and reach out and touch it,” and he did; he squeezed it like a sponge, and of course Jones felt humiliated. Then he ran into “the other young black poet guy” and they discussed how their publishers didn’t want to publish their books within one month of one another to save from confusion. “Can you imagine two publishers discussing that about, say, Jonathan Franzen and Michael Chabon?”

The tradition of breaking the silence of racism in the establishment was tantamount to last night’s discussion. “It’s cruel to ‘do’ racism, and it’s even more cruel to sit in the silence,” offered Jones. His youthful perspective was an interesting one. He explained that in his generation, as opposed to his predecessors, he’s grown up learning how to speak out-loud. “I didn’t have a diary,” he said. “I had a blog.” The role of social media has been an incredible tool for spreading ideas that would otherwise have gone under the radar. “Consider that a poem about rape culture could go viral. It’s incredible. We can share notes, and reach out to each other with new media.”

Willie Perdomo read from his collection The Essential Hits of Shorty Bon Bon. On the panel he spoke of the grassroots community of poets that has allowed outsider voices to be heard. “Mainstream academic is involved in protective practices,” he said. “If people can’t come to poetry, you bring poetry to the people.”  And so, he co-founded his own press, Cypher Books. A question dovetailing this them that he fielded from an audience member was “What is the role of non-academic poets in poetry?” He spoke of the history of the Nuyorican Poets Café. “We built these communities for survival. We had to build our own environment to find audiences. The tradition of the Nuyorican was that the poems had to serve the community. Macmillan eventually ended up finding value in these voices and published a collection from the community, but it took a long time.”

Cate Marvin, author of several books of poetry including Oracle and Fragment of the Head of a Queen, is a poet and professor at Staten Island University. Five years ago she co-founded VIDA, a non- profit group that conducts the VIDA Count, which studies the “Tier-1” publications to identify — in a factual way that is virtually indisputable — the ratio of men to women on influential mastheads and in the table of contents. In other words, the publications that serve as feeders to awards, teaching jobs, and good book deals. Is it surprising that 70% are men?

…Or that the publishing world is 89% white?

Now that we know these numbers, what is the appropriate call to action?

It was noticeable that Pardlo has yet to embrace his Pulitzer with a level of full-on ownership and comfort, and he expressed that he’s remained invisible despite being published for years in the mainstream. “I’m going to talk about ‘that award’ in the third person”, he joked. “It’s cool that it went to this black dude. Looking from the outside in, I’m excited about it. What would it have said to me when I was slogging away at my first book? I do see it as a responsibility. A new job. Not the celebrity that’s subscribed to it.”

Once you hold a torch of power, and Marvin offered up that winning a Pulitzer amounts to power, what do you do with it? What becomes the personal responsibility of those who’ve broken in to widening the range of printed voices? How can they help produce the work, and help readers to meet the work? “We’re still reliant on the institution, so how revolutionary can we really be?” asked Pardlo.

There has to be a place to discuss the anger, not to just park it. What does it mean for writers of color to enter the predominately white establishment of both Academic and Publishing worlds? “We’re here because we’re not afraid to ask the tough questions,” offered moderator Professor Reid-Pharr.

In the spirit of last night’s inspiring event, here are a few questions for you, dear readers: What small bit of change is within your power today, at your own desk, in your own little corner of the world? What can you do to widen the circles to include diverse voices, to spread not just the word of a new writer, but perhaps up the chances for them to receive paychecks, power, shelf space, or better contracts?

“If everyone can do their part, maybe we can rattle the chains,” suggested Marvin. Going down the line, it’s clear that every single one of the panelists is doing their part. Jones is working to support young writers with a Buzzfeed mentorship (he works there full-time) that will actually pay, rather than stand by the tradition of the decidedly classist nonpaying internship, a system which clearly benefits the population who can afford to not work. Marvin co-developed the VIDA Count, which took countless of hours away from her own art because she felt it was so important. Perdomo co-founded his own press so he could publish incredible poets who had no other outlet. Pardlo opened the floor for the discussion in the first place.