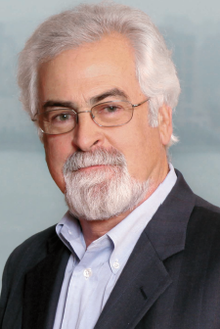 Heading into retirement, Peter Booth Wiley reflects on his lifelong career in publishing and the monumental transition from print to digital. As a member of the sixth generation of Wileys to become a publisher, I like to say that I entered publishing through the birth canal.  My first exposure to Wiley was as a summer intern in 1961. This was in the days of hot type, editorial mandarins, (the best of whom were legends in their fields), hand-drawn illustrations (soon to be color), the eight-hour day, summer hours, no air-conditioning, and three martini lunches. I was only nineteen. So I went to Madison Square Park in New York, ate a sandwich, and read a book.

Back then, among publishers, there was some chatter about multi-media, which meant film strips to accompany textbooks and vague references to teaching machines. Meanwhile the great innovators of the coming computer age, such as Douglas Engelbart and J.C.R Licklider, were building machines and networks and writing papers about sophisticated desktop computers that enhanced the work of humans by helping to solve the most complex technical problems with sophisticated visual and editorial capabilities. They envisioned access to whole libraries and enhanced collaboration across what they liked to call “the intergalactic network.” Hard to believe that less than half a century later, we can consume megabytes of knowledge at our fingertips, while on the move.

After my internship, I pursued my own career as a writer and publisher for 24 years, during which I helped launch a political review, reported for a news service, and co-authored a newspaper column and two books.

In 1984 I joined the Wiley board. Having interviewed quite a few corporate big wigs as a reporter, I was surprised to land at Wiley again in an era when new, more participatory management styles were being toyed with and digital in its proto-state was on many publishers’ minds. My first impression of Wiley’s leadership meetings was that they shared more of the atmosphere of the gatherings of student activists in the 1960s than serious corporate life twenty years later. What I understand now is that our CEO was willing to take risks on new ideas and new products — Wiley as a software company; Wiley publishing a magazine for Hewlett Packard; Wiley as a producer of training videos for software engineers — that turned out to be a decade before their time.

With MIT Press and Chapman Hall, Wiley had published important titles about computers and cybernetics as early as Norbert Wiener’s Cybernetics (1948) and Edmund C. Berkeley’s Giants Brains Or Machines that Think (1949).  But it wasn’t until the experimental 1980s that Wiley, with support from an R&D Committee that included founders of the U.S. government’s Advanced Research Projects Agency Network, launched an expensive product designed to reshape the nature of our business: a video training program with interactive assessment capabilities that foreshadowed the learning management systems of more than a decade later.

The reward for this expensive undertaking and other digital adventures was near disastrous. Thankfully over the next two and a half decades, those ideas would be refined by talented colleagues, many of them self-taught technologists backed by tech colleagues in Ealing in the UK and Korolev in Russia and by a deeply engaged board. These experiments would shape Wiley’s future as a learning company. Despite rumors that it wouldn’t survive the Eighties, Wiley went on to become a digital innovator and a global powerhouse.

I can look back and say I had the privilege — tempered by many nail-biting experiences — to be part of the most significant transformation in the history of publishing: the shift from print on paper to digital. I can look forward and say, “Look out!”

In the digital world, change can come quickly and unexpectedly from a competitor about whom we currently know nothing.

I begin my retirement knowing that what authors, publishers and partners can do to help their fellow human beings to better their lives, grows by the days and weeks, not by the decades.