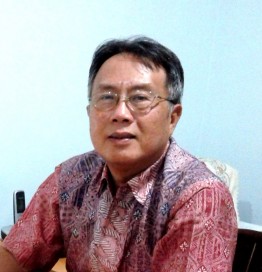 Hary Candra, the top edtech developer in Indonesia, says the industry has vast potential, but is hindered by poor infrastructure and low IT literacy. Hary Candra is the founder and director of PesonaEdu/AmazingEdu, which was the first Edtech company in Indonesia and remains the market leader. Abroad, the company is known for producing top quality animations and simulations for K-12 math and science curriculum.

“In Indonesia we have various divisions including — solutions, assessment and TV programming. One special thing about our software is that our physics simulations have been purchased and used by a Nobel Prize Winner from Stanford University. We do not try to cover all bases, but we have over 2,000 pages of interactive simulations and animations exploring 130 topics. We focus on interesting concepts that we trust will resonate with students and teachers.”

Hary Candra is one of seven market “players” representing Indonesia at The Markets: Global Publishing Summit at the Frankfurt Book Fair on October 13, 2015.

While the Indonesia Edtech market has vast potential, infrastructure and low IT literacy have hindered development. “But with a huge population — it really is a very big country with 250 million people — we do have very talented people,” says Candra. “And with a local approach, solutions and a partner, many foreign products in Indonesia do well, provided they have good local knowledge.”

To ascertain what is needed in Indonesia, Candra recommends publishers seek out partners, who can offer training and collaboration. For example, parents, teachers and students in the island nation prefer products that offer an offline option for use, something that couldn’t be known without first-hand interaction with users.

The company has its sites on reaching beyond its borders as well and has set up a marketing headquarters in nearby Singapore. “We are keen to tap on the Middle East and developing countries where digital textbooks can be a solution for the lack of teachers and quality education materials,” says Candra.