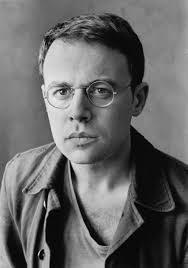 A screen shot of PCKWCK

Last week Joshua Cohen experimented with rewriting Dicken’s The Pickwick Papers live online over five days as a comment on the destructive speed of Internet culture. As Allison Flood reported in The Guardian as the project got under way, it’s been almost 200 years since Charles Dickens took Britain by storm with the serialization of his first major novel, The Pickwick Papers. And now, “American novelist Joshua Cohen is setting himself a larger target – of the internet at large – as he embarks on an a mission to reinterpret Dickens’ debut live online.”

Ambitious to say the least. Or was it foolhardy?

But then, Cohen is nothing if not ambitious, as those who have read his critically praised novels Witz and Book of Numbers can attest to. So starting on October 12th Cohen began working on PCKWCK. And for five days last week, visitors to PCKWCK.com were able to watch, in real time, Cohen write his contemporary version of Dickens’ novel.

Useless Press announced that visitors to the site would be able to offer Cohen feedback that could affect the way the novel turned out, as well as discuss progress on the work with both the author as well as other readers in a chat room.

“PCKWCK is a reinterpretation of Charles Dicken’s first serialized novel, The Pickwick Papers. That’s all we know so far, because it hasn’t been written yet,” Useless Press said on its site. “We hope you will join us as we bring the serialized novel into the real-time era.”

The original Pickwick Papers began life as a monthly serial in March of 1836, with illustrations by Robert Seymour accompanying the text, written by Dickens under his penname “Boz.” The comic novel (one of my favorites actually) recounted the adventures of Samuel Pickwick, his friends, and especially his cockney servant Sam Weller, who helped make the book a smash hit and established Dickens as a novelist to be reckoned with.

Flood cited Claire Tomalin, who wrote in her biography of Dickens that, “The appearance of a fresh number of Pickwick soon became news, and event, something much more than literature.”

When the five day marathon was over, Dana Schwartz at The Daily Dot spoke to Cohen to get his take on how it turned out:

“There’s no chance it’s a good novel,” Cohen said. “There’s no chance it’s a bad novel. It’s not a novel. It’s what happens when you take a culture worker who is under time constraints trying to present himself as a symbol of a culture worker under time constraints. Working for newspapers, which I used to do—what I saw when the ’90s turned into the 2000s was you’d have to write more pieces, more quickly, for less money. So the idea is a commentary on that. The huge volume of communications we have to deal with constantly, and how they’re destructive and overwhelming and impossible to deal with.”

“If serialization was the literary tend that defined Dickens’s era, PCKWCK poses the notion that our culture calls for a novel that can satisfy the voracity and impatience of the Internet era, a novel written before our eyes with our daily consent.”

“Every culture gets the art it deserves,” Cohen said. “And this is a culture that believes deeply in transparency, so I wanted to do this transparently.”