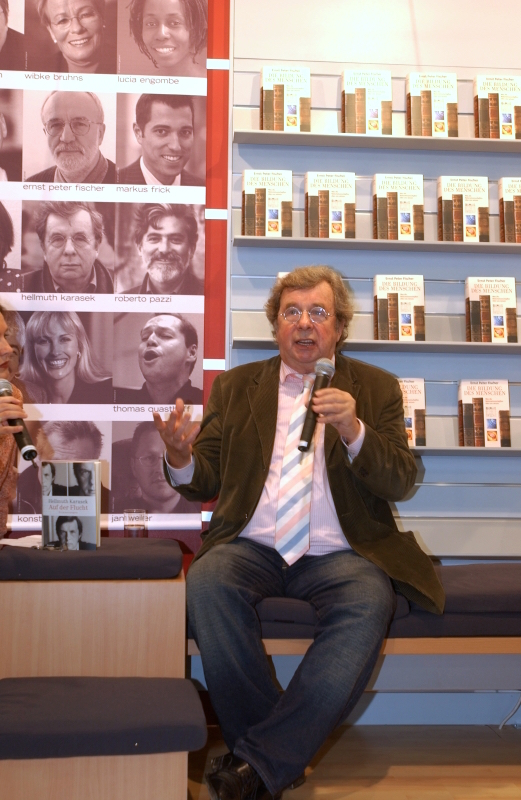 One of Germany’s leading literary critics, Hellmuth Karasek, died on September 29, 2015. He was 81 years old. Hellmuth Karasek, one of Germany’s most well-known contemporary literary critics and authors, is dead. His family confirmed that he died in a hospital in Hamburg, aged 81.

Karasek was born on January 4, 1934 in Brno, former capital of Moravia (now the Czech Republic). During the Second World War, he and his family fled to Germany in 1944, when Karasek was aged 10. After completing his school education, he moved from then East Germany to Tübingen, West Germany, to start his studies in History, German and English. After graduation he worked as a journalist for Die Zeit, was chief editor of the feuilleton of Der Spiegel and continued to work as a columnist for newspapers such as Welt, Berliner Morgenpost and Hamburger Abendblatt after his retirement.

As an author he mainly wrote biographies: about his own life and flight in On the Run (Auf der Flucht, Ullstein), but also about famous authors such as Max Frisch and Bertolt Brecht. He was well known and liked for his philosophical yet witty style both in writing and public discussion. In 2015, his newest book I Don’t Really Find That Funny (Das finde ich aber gar nicht komisch, Quadriga) was on Der Spiegel bestseller list. On the lighter side, Karasek recently reviewed the latest Ikea catalog as part of the furniture company’s latest ad campaign, and the video went viral on YouTube.

In addition to being a successful author and journalist, he was most well-known for being a literary critic on the German TV show The Literary Quartet (Das literarische Quartett) from 1988 until the show was cancelled in 2001. He starred alongside Marcel Reich-Ranicki, Sigrid Löffler and Ulrich Greiner. The Literary Quartet was the influential literary tv program, shaping German reading habits and preferences.