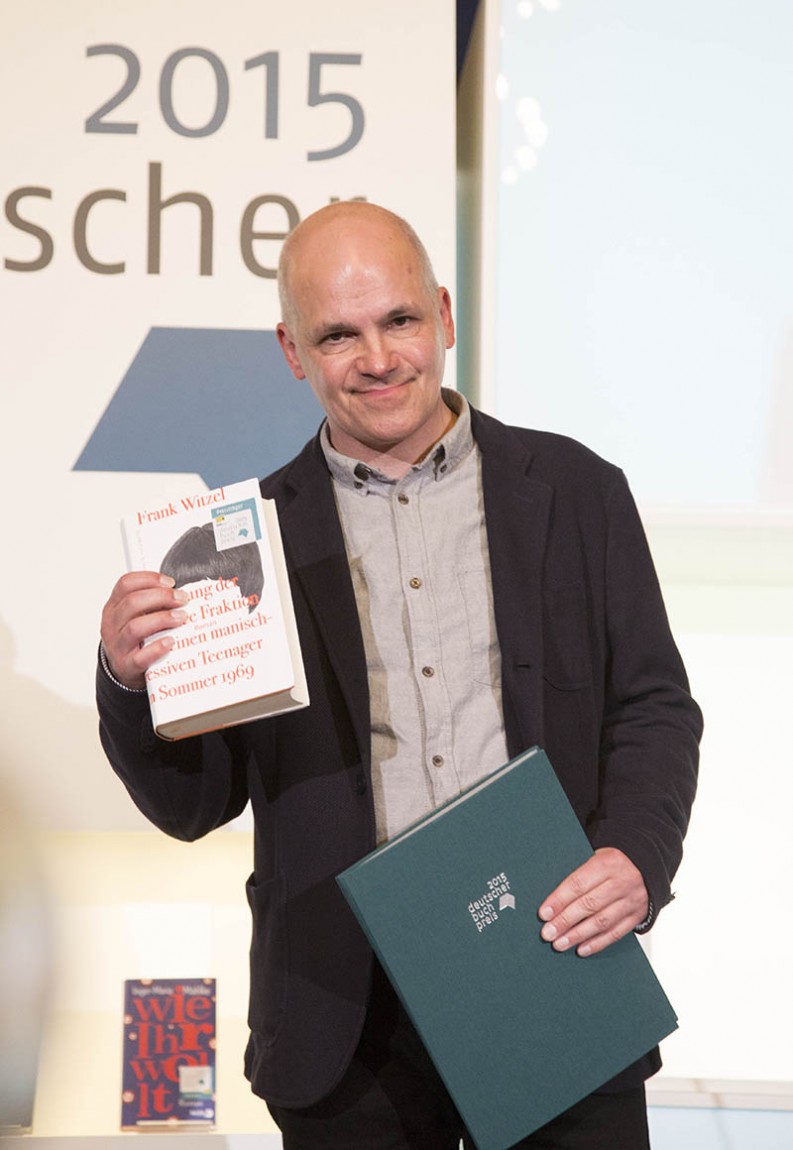 With his novel The Invention of the Red Army Faction by a Manic Depressive Teenager in the Summer of 1969 Frank Witzel has won the 2015 German Book Prize and will receive 25,000 euros in prize winnings.

The jury has decided: Frank Witzel has won this year’s German Book Prize with his novel The Invention of the Red Army Faction by a Manic Depressive Teenager in the Summer of 1969. Chosen from 167 titles handed in by 101 German, Swiss and Austrian publishing houses, Witzel now falls in line with former German Book Prize winners such as Lutz Seiler with Kruso (2014) and Terezia Mora with Monster (2013), and other notable German contemporary authors such as Julia Franck, Arno Geider, Ursula Krechel and Eugen Ruge.

In their justification the jury said: “Frank Witzel’s work is, in the best sense, a boundless novelistic construct. It tells the story of a youth from the Hessian provinces who, at the age of thirteen and a half, finds himself on the verge of adulthood. Woven into this story is the political awakening of the former Federal Republic of Germany, which is just beginning to shake off the fustiness of the immediate post-war years. This era of transformation is conjured up through disparate episodes that run through an incredibly wide range of literary forms, from internal monologue to action scene, from meeting minutes to philosophical treatise. “In its blending of delusion and wit, formal audacity and historical panoramicity, the novel Die Erfindung der Roten Armee Fraktion durch einen manisch-depressiven Teenager im Sommer 1969 (The Invention of the Red Army Faction by a Manic-Depressive Teenager in the Summer of 1969) is unique in German-language literature. Frank Witzel ventures into the precarious terrain of speculative realism. The German Book Prize honors a brilliant linguistic work of art that is a vast quarry of words and ideas — a hybrid compendium of pop, politics and paranoia.”