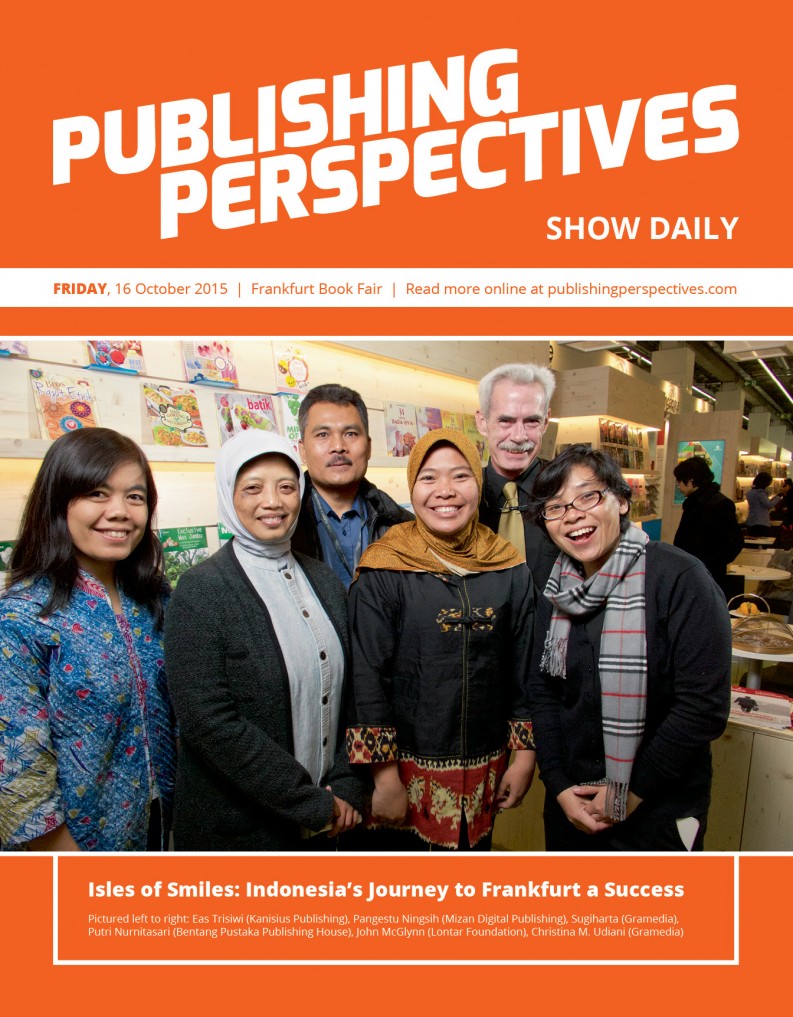 This year, the Frankfurt Book Fair was energetic and political, with a new hall layout and renewed calls for freedom of expression. The latest figures from the Fair show that visitor numbers were up 2.3% over last year and nearly 10,000 journalists attended. Juergen Boos, Director of the Frankfurt Book Fair said, “2015 has been the busiest and most successful Book Fair for years! Exhibitors from all the different regions told me the same thing time and again in our personal talks.”

Over the course of the Fair, the Publishing Perspectives team published four Show Daily magazines to report on the latest news from the Fair, highlight important events, and weigh in on the latest trends and discussions in international publishing.