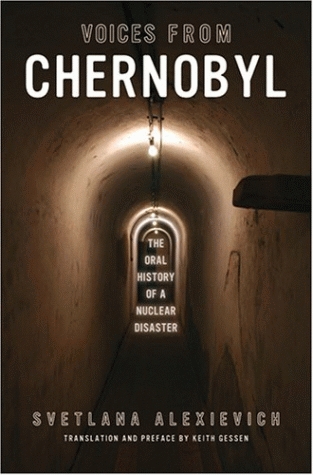 “Alexievich is exactly what this prize is supposed to be about – truth, morality and the courage to go against the accepted view,” says her US publisher John O’Brien. Speaking about the win, O’Brien said:

“Alexievich is exactly what this prize is supposed to be about – truth, morality and the courage to go against the accepted view. She is also a very good writer. I felt she would win; she had been a frontrunner before and it’s funny I’d been saying that she would win, but when I got a message from Europe early this morning, 6am my time, telling me ‘you’d better reprint the book’, I stopped for a moment and wondered ‘now what’s all this about?’ But then I knew and well …”

Her win has attracted widespread interest in the U.S. He also spoke about the luck he had in discovering her work:

“I was speaking to the publisher of Glas, a small Russian literary journal at the London Book Fair. Like all small magazines and presses, she had no money and she was asking me about grants. She gave me a copy of the latest issue; that would have been about 2002. I began reading an Alexievich article and was really impressed by the writing, especially the tone – the anger and the irony.”

The very next year, after commissioning Keith Gessen to do a new translation, he purchased the rights to Voices, which went on to win the National Book Critics Circle Award in 2005.