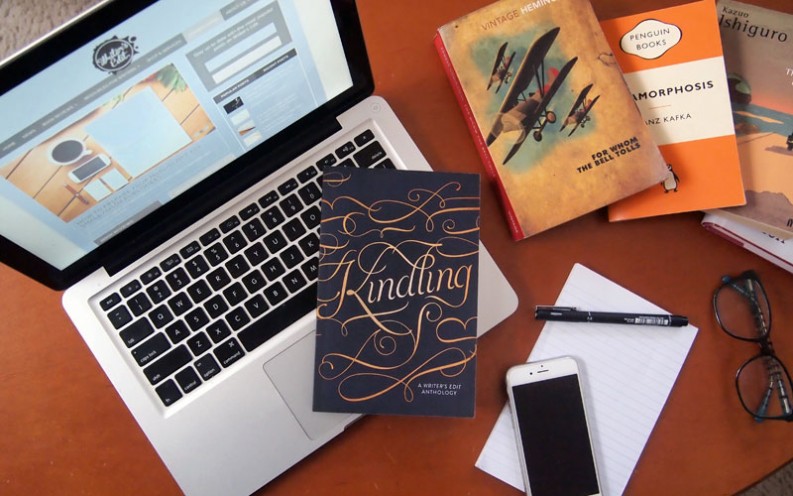 Writer’s Edit, a Sydney-based literary magazine, has branched into books and is winning industry accolades and launching new careers. Based in Sydney, Australia, Writer’s Edit was launched in July 2013 as a literary magazine featuring essays, writing prompts, author interviews and writing advice. Then in 2014 Writer’s Edit added publishing to its repertoire with Kindling, their annual anthology of creative writing.

Helen Scheuerer, founder of Writer’s Edit, started the magazine as a way of “testing the waters for starting a small press.” She knew that if Writer’s Edit could be maintained over time then she would commit to publishing books. It took just a year for their first book to be published: Kindling Volume I.

Scheuerer and her team used crowdfunding to launch the anthology. Writers, readers, and even literary magazines and publishing houses around Australia even donated to the cause.

Scheuerer uses this example as just one way writing communities come together in Australia. She describe Australia as having a “great history when it comes to writer’s centers and literary magazines.” But, because of this, are slow to change, when it comes to technology. The community has shifted towards online writing communities, such as events organized on Facebook and others like Writer’s Edit.

And this is where Scheuerer’s magazine hits the spot. They are “all about bridging the gap between the digital age and traditional publishing, while still staying true to our passion for writing and writing communities. We’re printing books, publishing advice and industry features online as well as constantly maintaining a conversation with our readers and writers.”

Because of their innovative ideas and community, Writer’s Edit has seen tremendous growth. A look at their Twitter feed, which has grown from 1,000 to 32,000 followers in two years, is just one indicator of success. And this success has been shared by their writers. Since the release of Kindling Volume I, two authors from the anthology have released full-length books: Kate Liston-Mills released The Waterfowl Are Drunk!, a collection of short stories, and Jenny Bravo published her first novel, These Are The Moments. Other authors have gone on to win literary prizes and grants. Even their cover designer won the Young Designer of the Year award for the Australian Book Design Awards.