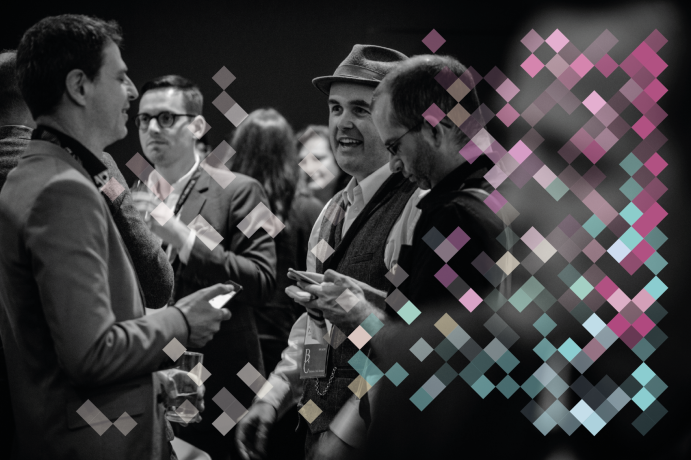 “Digital strategy is now business strategy,” says Dan Nigloschy of codeMantra. Now that we’re entering this new phase of development, what should we expect and how should companies respond? Should we, for example, apply more data analysis? Neil Balthaser of Intellogo has some ideas and will be on hand to answer your questions. What does it mean to evolve or “pivot”? You’ll be able to ask Ralph Lazaro, Vice President, Digital Products Group at Findaway, a company that transformed itself into a powerful audiobook platform. And, finally, what is innovation when it concerns traditional publishing? Dominique Raccah, publisher of Sourcebooks, knows — she set up an innovation fund at her company. Chantal Restivo-Alessi, Chief Digital Officer and EVP, International for HarperCollins Publishers will share her first-hand experience forging digital partnerships and direct sales channels with domestic and international partners.

2 — China: How Can You Establish a Foothold in this Publishing Superpower?

As the International Publishers Association has reported, the Chinese book market (print and digital) is valued at $24 billion and will continue to grow. For foreign publishers looking to enter the market, one key statistic to know is that Chinese publishers buy the rights for over 16,600 titles from other countries each year. And for those even more ambitious, perhaps looking to establish their own business there, a joint venture with a local partner is required. Egmont China, Hachette-Phoenix and Macmillan Century are three examples of such joint ventures, and all “have been performing very differently,” notes former Egmont China CEO Mingling Hou, who will share the secrets of successful partnerships alongside representatives from SAPPRFT, China Publishing Group, China Children’s Press and Publication, Shanghai Translation Publishing House, Trajectory and Beijing Ingenta Digital Publishing Technology Limited.

3 — Germany: What Can We Learn from Europe’s Most Resilient Book Market?

Germany’s business information publishers saw an annual turnover of 3.25 billion euros in 2014. In this mature market that is home to major players in STM and professional publishing — like Springer and C.H. Beck — the key to success is a customer-focused, innovative approach to content creation and distribution. David Best, a publishing consultant with Kirchner + Robrecht, and Niels Peter Thomas, Managing Director of Springer Fachmedien, will share their analysis and vision for Europe’s most dominant and resilient market. They’ll be joined by colleagues from the B2B information market (Bernd Adam of Deutsche Fachpresse), ebook sales and distribution (Jens Klingelhöfer of Bookwire), STM publishing (Maria Scholtz of Govi Verlag) and others.

4 — Indonesia: Why Is Frankfurt’s 2015 Guest of Honor a Promising Partner?

With more than 250 million people, Indonesia is among the most populous countries on earth, but it is also one that few outsiders know much about. But with economic growth pegged at over 6% annually, this archipelago of some 17,000 islands should be central to any publisher’s expansion plans. “The book market in Indonesia has prominent potential,” says Wandi S. Brata, CEO of Gramedia, the country’s top publishing conglomerate. “The market is going through a rapid growth period. The turnover in 2013 was about 48.1 million euros, which represented a strong rise of 16.7% from 2012.” Bata will be joined by Haidar Bagir and Sari Meutia of the Mizen Group, John McGlynn of the Lontar Foundation, and several others.

5 — Turkey: Why is Turkey a Lynchpin in Today’s Global Publishing Marketplace?

Turkey is at a cultural crossroads, both literally and figuratively. It straddles Europe and Asia, and, through its Islamic heritage, has close ties to Middle Eastern culture. This gives the publishers a strong advantage in doing business with most of the major regions of the world. Around 45-55% of the books in the Turkish market are translations.

“That number continues to rise year on year, which makes Turkey a very good market to invest [in] for foreign publishers,” says literary agent Nermin Mollaoğlu, who will be featured alongside Metin Celâl of Parantez Publishing, Mehmed Ali Çalışkan of online bookseller Libronet/babil.com, Banu Ünal of children’s publisher Günışığı Kitaplığı, and others. With “a large, young population [and] a dynamic and fast-growing economy,” says Emrah Özprinçci, MD of Oxford University Press, Turkey, “the payoff can be huge.”

6 — Korea: How Did Korea Become an Educational Publishing Powerhouse?

When Koreans are referring to ebooks, they really mean “app books” — fully interactive, multimedia digital books. “Their version of ‘ebooks’ are far more advanced and better thought-out than anything else out there,” says Teri Tan, international correspondent for Publishers Weekly. This, coupled with the “Asian emphasis on education that is mirrored in the publishing industry,” says Eric Yang, CEO of Random House Korea, has given a strong boost to the education sector, which has found significant success in producing English-language learning materials, many of which are being used throughout the rest of Asia. “The strength of education publishing is no surprise,” says Tan, who will offer her insights into the Korean market alongside representatives from iPortfolio, Y Factory, English Egg, the Research Institute for Content Strategy, Language World Co. and others.

7 — Mexico: Why is Mexico the Hottest Spanish Market?

Historically, the global Spanish-language markets have been dominated by Spain. But the country’s publishing industry is still recovering from the 2008 economic crisis. Today, attention has shifted to Mexico, the most populous Spanish-language market in the world. With its proximity to both the United States, which is transferring best practices and technology, as well as the markets of Latin America, Mexico is in a good position to take advantage of both.

“In 2014, [book] sales estimates [from] the private sector are approximately 607 million euros, 87% coming from the trade market,” says José Ignacio Echeverria, CEO of the National Chamber of Mexican Publishers.