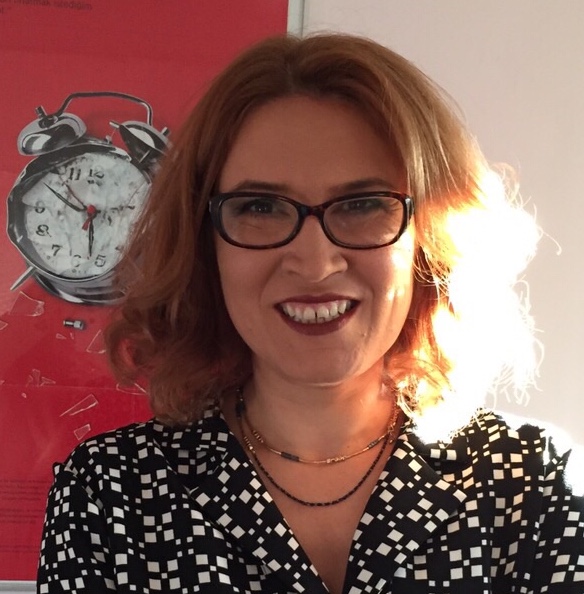 Turkish literary agent Nermin Mollaoğlu offers advice to foreign publishers looking to both buy from and sell into this burgeoning market. Nermin Mollaoğlu is perhaps the most visible advocate for Turkish book publishing on the international scene. She and her team of literary agents at the Kalem Agency are active globetrotters, active in most global book fairs around the world — especially when there is a rights center. This year will mark Kalem’s tenth anniversary attending the Frankfurt Book Fair, and Mollaoğlu will also participate in Frankfurt’s new conference, The Markets: Global Publishing Summit.

Mollaoğlu notes that when she founded Kalem, she saw the potential of selling the rights to Turkish titles, but the success of the firm has surprised even her. “In the first year I was happy to be able to sell only ten books,” she told Publishing Perspectives, “but by the second year, we already had more than 200 deals.”

She likes to describe her firm as operating under two different umbrellas: one red, which is the “dealing” umbrella, which constitutes the literary agency’s business of buying and selling rights in and out of Turkey, for local and foreign publishers.

Nermin Mollaoğlu is a featured speaker representing Turkey at The Markets: Global Publishing Summit at the Frankfurt Book Fair on October 13, 2015.

The second umbrella is “red and black,” which she says covers the firm’s “nonprofit activities,” including the Kalem Culture Association, which has organized ITEF Literature Festival for the past seven years, as well as a monthly reading series, translator workshops and a fellowship for publishers and agents to attend the ITEF in Istanbul each year.

She notes that these activities are integral to the firm’s business, as 45-55% of the books in the Turkish market are translations and that number continues to rise year on year. “It makes Turkey a very good market to invest [in] for foreign publishers,” says Mollaoğlu. “Whatever is being discussed abroad is also being discussed in Turkey. So we are quite plugged in to the world. Since the percentage of translation is so high, it means basically you can sell everything to Turkey.”

Turkey, it must be noted, has a volatile and sensitive political climate, especially when it comes to issues surrounding Islam and personal freedoms. She warns publishers to be wary about addressing religious issues. “Even though there is no official censorship in Turkey, self-censorship is always a risk, even for the most leftist publishers.”

And while this may grab the most headlines, when it comes to publishing, the biggest challenge may be simply building and sustaining a paying audience for books. “Approximately 40% of the books sold in our country are pirated books produced by means of facsimiles, photocopies or the internet. The national security forces and Professional Publishers Associations are working in a coordinated effort to combat pirate publishing, and they’ve had significant results in last years, but it also means that publishers need to be cautious.” Anything to do with numbers — including print runs, royalty statements and payouts — need to be scrutinized.  The fact is: “A publisher who offers dreamlike advances does not become the best choice for your title,” she says.

As for buying books from Turkey, Mollaoğlu encourages publishers to look beyond the “exotic” titles to those that also reflect the daily realities of life in Turkey, which is not dissimilar from that of anywhere else in Europe or throughout the developed world. But this, she acknowledges, demands education — a process she is fully committed to pushing forward.

“In 2007, I was at the Tokyo Book Fair and met some editors who did not know what the official language of Turkey is, who could not then name any Turkish authors then. After all these years, if there are still any acquiring editors who still do not know much about Turkish literature, I would like to meet them. If there are publishers who are not happy with the rights sales to Turkey, I would like to meet them. But the most importantly I encourage them to come to Istanbul, to ITEF, and experience the culture and literature first-hand.”