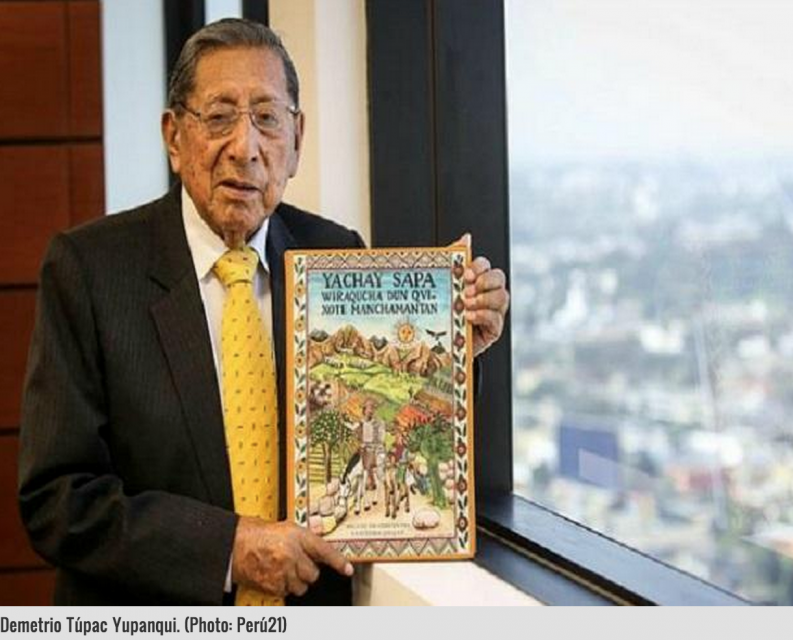 A new program in Peru proposes to translate works by such noted authors as Nobel laureates Mario Vargas Llosa and Gabriel Garcia Marquez into Quechua. It took Demetrio Tupac Ypanqui a decade to translate Don Quixote into Quechua.

Endina.com reports that works by such noted Nobel laureates as Mario Vargas Llosa and Gabriel Garcia Marquez will be translated into Quechua as part of the proposed “Latin American Literature Classics in Quechua” from the Decentralized Directorate of Culture of Cusco (DDCC).

Quechua, the language of the Inca civilization, is currently spoken by seven million people throughout Peru, Ecuador, Bolivia, Chile, and Argentina, with close to four million speakers in Peru alone.

Book titles have yet to be officially announced, but the list of works to be translated is also said to include books from Adolfo Bioy Casares (Argentina), Juan Carlos Onetti Borges (Uruguay) and Clarice Lispector (Brazil).

In statements to the Andina news agency, Luis Nieto Negregori, a Cusco writer and DDCC official explained that two “nationally recognized translators” will be in charge of the translations.

The copyrights were handled by a Spanish literary agency, in negotiations that took more than a year. “This could only be because this is the first translation into a native Latin American language, in this case, Quechua.”

Nieto added that “These publications in native language give greater recognition to Cusco and speakers; the translators definitely provide a symbolic value to Quechua, and speakers must stop feeling embarrassed when speaking the language. Nowadays, speaking Quechua leads to discrimination, and we have to change that.”

In fact, it was just this year that a Spanish literary masterpiece was first translated into Quechua. It took 91-year-old Demetrio Tupac Yupanqui a decade to translate Don Quixote into Quechua; the book was published in June, just in time for the novel’s 400th year anniversary.

Never heard Quechua? Click here to hear the Quechua version of Michael Jackson’s “The Way You Make Me Feel”