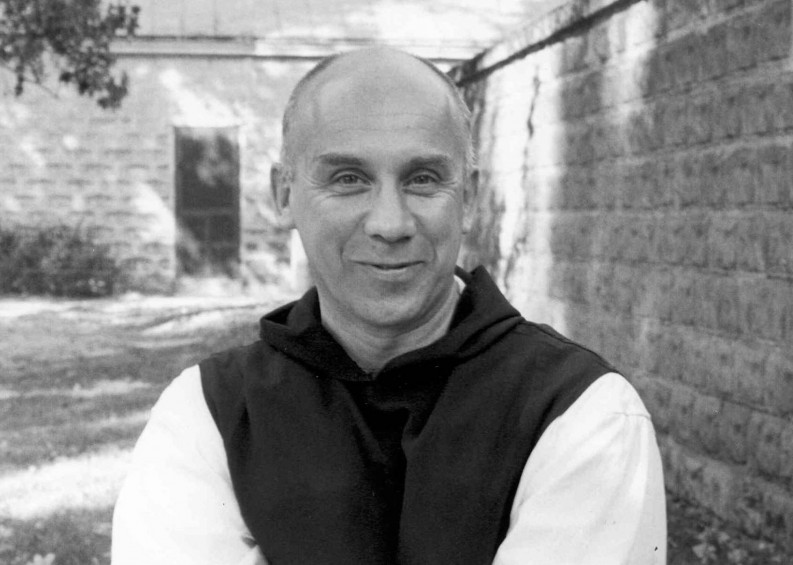 Thomas Merton opened up Catholic and Christian publishing to influences from Asia and beyond.

A centenary after his birth, monk and author Thomas Merton’s influence on Catholic and Christian publishing still resonates today.

This year marks the 100th anniversary of the birth of arguably the most influential Catholic — or even more generally speaking spiritual — writer of the 20th century: Thomas Merton (aka Fr. Louis, O.C.S.O.) This is also the half-centenary of the close of The Second Vatican Council, colloquially known as “Vatican II,” which was opened by Pope St. John XXIII in 1962, and brought to completion by his successor Pope Paul VI in 1965.

Merton died suddenly and tragically just three years later, electrocuted in Bangkok. He was only 53. However, he had written and published something like 70 books ranging from his best-selling autobiography, The Seven Storey Mountain (1948, Harcourt, Brace), and its sort-of sequel, The Sign of Jonas (1953, Harcourt), to reams of poetry (his Collected Poems from New Directions runs over 1,000 pages) and liner-notes on an LP entitled Laudate Dominum: Gregorian Chant by The Trappist Monks of the Abbey of Gethsemani, Kentucky.

Opening up to Asia

However, it was Vatican II that gave Merton’s writing on things Eastern (read: non-Catholic) if not an imprimatur from Rome per se, at least a nod of approval. Thus Merton’s love of all things mystical — especially Eastern — began to flourish, as did ecumenism and ecumenical dialogue between the Catholic Church and the great eastern religions. Merton himself claimed that his translation of The Way of Chuang Tzu (New Directions,1965) was his favorite work. This was followed by Zen and the Birds of Appetite (New Directions) the year of his death, the posthumous and very long The Asian Journal of Thomas Merton (New Directions, 1973), and the very short Thoughts on the East.

It’s not that such a thing was unheard of in the Church: the monks in Cluny in the 14th century had copied and compiled the Koran in order to better to understand Islam rather than just going on another Crusade to kill the Saracens. However, what Merton was after was common mystical ground, not mere “understanding” of something foreign.

And this was something truly new in the Catholic Church and in Catholic publishing. But Merton wasn’t really a “Religious Trade” author: his major works had all been done at large New York houses (Farrar, Straus, Giroux — Robert Giroux had been Merton’s friend and classmate at Columbia; Harcourt Brace, and James Laughlin’s defiantly independent New Directions). The only exceptions were a few small books by The Liturgical Press of Minnesota (Praying The Psalms, 1955, and Bread In the Wilderness, 1953), which is run by the Benedictine Monks, the monastic order that spawned Merton’s own Trappist Order, itself an off-shoot of the Cistersians. And Cistercian Publications of Kalamazoo published Merton’s bite-sized The Climate of Monastic Prayer in 1971. The family-run German concern Herder & Herder also did the very short Life and Holiness (1950).

A Catalyst for the Religious Trade Industry

But with Merton’s sudden and totally unexpected death in 1968, Catholic religious trade publishers immediately had a burgeoning industry on their hands: the explication of Merton’s many works by unapologetic Catholic-Christians.

Some works, like Thomas Merton: Spiritual Master (Paulist Press, 1992) are simply anthologies of Merton’s best-known works. However, a book like this is tough on a small religious trade house as the permissions for Merton’s work are so incredibly complex that it could make a copyright-attorney reach for the law books, the lock-box — and the Tylenol. Merton, while alive, had his copyright in the name of his monastery, “Our Lady of the Abbey of Gethsemani Monastery.” However, with his death The Merton Legacy Trust was set-up to keep Merton’s memory (and works) alive. Ditto the Thomas Merton Center at Bellarmine College in Kentucky as well. So to obtain permission for reprints one would have to not only get an OK from the good monks of Gethsemani, but also the Merton Legacy Trust, and depending on the work, New Directions, Harcourt Brace or FSG.

No matter: the religious trade tended to leave the anthologies and reprints, for the most part to the general trade (every couple of years Harcourt re-jackets Merton’s major works), and lesser writers gave us their “take” on Merton.

Which was not necessarily a bad thing: James Martin, SJ, whose Becoming Who You Are: Insights on The True Self from Thomas Merton and Other Saints (Paulist Press, 2006), which I had the pleasure of editing, takes one of Merton’s concepts — “The True Self” — and gives the reader entrée to not only Merton, but Henri Nouwen and St. Mother Theresa.

And Mary McDonald in 2012 published It Draws Me: The Art of Contemplation — Featuring Previously Unpublished Works of Thomas Merton (Liguori Publications, run by the Redemptorist Fathers of St. Louis), a beautiful and lavishly illustrated, but strange, introduction to praying not only with Eastern Orthodox ikons, but Chinese images from the Song dynasty.

So all the major and minor Catholic religious trade publishers, from the left-leaning Orbis (who has about a dozen books-about-Merton titles) to the centrist Paulist Press (Walking with Thomas Merton by Robert Waldron did particularly well) to the independent Crossroad (whose parent is Verlag Herder) have, to absolutely no one’s surprise, tons of books about Merton: his life — which really was quite eventful — his loves (like St. Augustine he fathered a child out of wedlock, and later fell in love with his nurse), and, of course, his tragic and sudden death at the height of his popularity.

Because he died so suddenly, it’s been almost irresistible to wonder aloud — and write about — what Merton MIGHT have done had he lived. He was, obviously, a pacifist, and the increasing war in Southeast Asia (ironically where he died), appalled him.

But closer to home there was the implementation of Vatican II: while St. John XXIII always gets high marks for calling and opening the Council, Pope Paul VI gets all the grief for the implementation of the changes. As with all changes in ancient institutions, the ultramontane Orthodox found the emendations almost heretical and liberal-minded loyal opposition to the Church (often the Jesuits) felt that Paul had not gone far enough, dammit. The fact that the Catholic Church survived — despite a mass exodus of priests to laicization or to the schismatic Society of St. Pius X, nuns jettisoning their habits in favor of just plain awful double-knit suits, and the reintroduction of married clergy in the form of Deacons — is a tribute to Paul’s steady hand through 1978, the year he died.

Translating from Latin to English

However, like Merton’s sudden death, the end of The Council was another boon to Catholic publishers. Almost no one aside from theologians bother to actually read all sixteen of the actual Documents of Vatican II (though they are models of not only clarity, but fresh air in a Church that desperately needed it). However, the documents had to be translated into English from the official Latin for starters. And then one needed if not a guide-book, at least a map of how to read, let alone understand what, exactly, the Church was up to in these dense documents.

Thus tons of books about “The Spirit Of Vatican II” poured out from pens and found homes, mostly happy, in the Catholic religious trade houses. And on the “Official-texts” level, the Church had to publish and disseminate all-new versions of the Breviary (the daily prayer-book of the clergy), the Lectionary and the Sacramentary and the Missal (the texts of the Mass), along with Hymnals featuring folk-inspired tunes — and it took until 1997 until the new Catechism of the Catholic Church (CEC) finally showed up, just a few years after the “final text of the council”, the new Code of Canon Law (CIC). These last two massive tomes, naturally, required other books to be written just to explain all the changes in Catholic doctrine and Canon Law.

Hence the Catholic trade — which prior to Vatican II was content to publish classics like Thomas Aquinas, Augustine, The Imitation of Christ, and a slew of “devotional” tracts — enjoyed entire new fields of writing to print: interreligious dialogue, ecumenism, and, thanks especially to Thomas Merton, contemplation both of the West and East varieties. We should be grateful to Merton for opening the door to the East, and St. John XXIII for “allowing a little fresh air into the Church.”