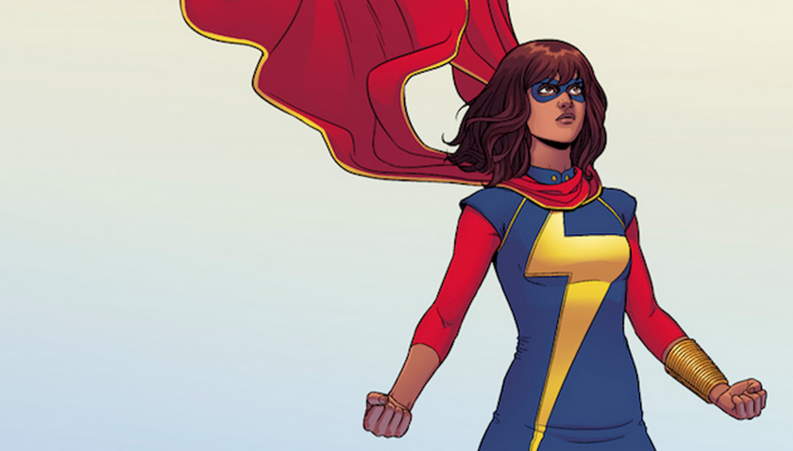 Ms. Marvel, by G. Willow Wilson, which features a female Muslim superhero, has been a big hit for Marvel Comics.

Watch out boys, women are surpassing you in comic book geekdom. Market research done by a comics analysis site, Graphic Policy, has come to the conclusion that as many as 53% of comic readers may now now women, up from 40% just three years ago — while not hard fact, this is based on years of survey data from the site, which shows “potential audience.”

As discussed on OZY.com, Millennial women are using their buying power to show what they want and what they want are “characters as diverse as they are.” Millennial women are over the roles of women as “side-kick” or “suffering woman-in-distress” and are ready for some proper heroes. Even independent web-based comics are now competing with DC and Marvel just because females are the superhero lead.

USC professor Joe Saltzman notes that the 1940s and ’50s was a time when girls read Archie, but in the 1960s men began to write women as “[either] sexual objects of desire or maternal, nurturing caregivers.” Before the 1990s, Rider University professor Sheena Howard says, “women were at the whim of publishers’ choices of heroes and storylines. They were excluded from marketing, as comics were placed only inside literal toys for boys.”

Not anymore. Comics are now portraying women in more of a realistic manner: as confident, self-assured, feminist, lesbian … and women have responded. They are flocking to reading again. And although Saltzman says, “less than 30 percent of comic characters and writers are female,” women can do what they can to nurture their superhero passion by using their money to get what they want. Publishers will follow the money. Saltzman believes, “The day of the female superhero who can beat the male superhero with brains and brawn is dawning.”

Note: This post was updated on September 18 to reflect that the statistic of 53% was not a firm number of actual readers, only potential readers, as per the comment by Graphic Policy.