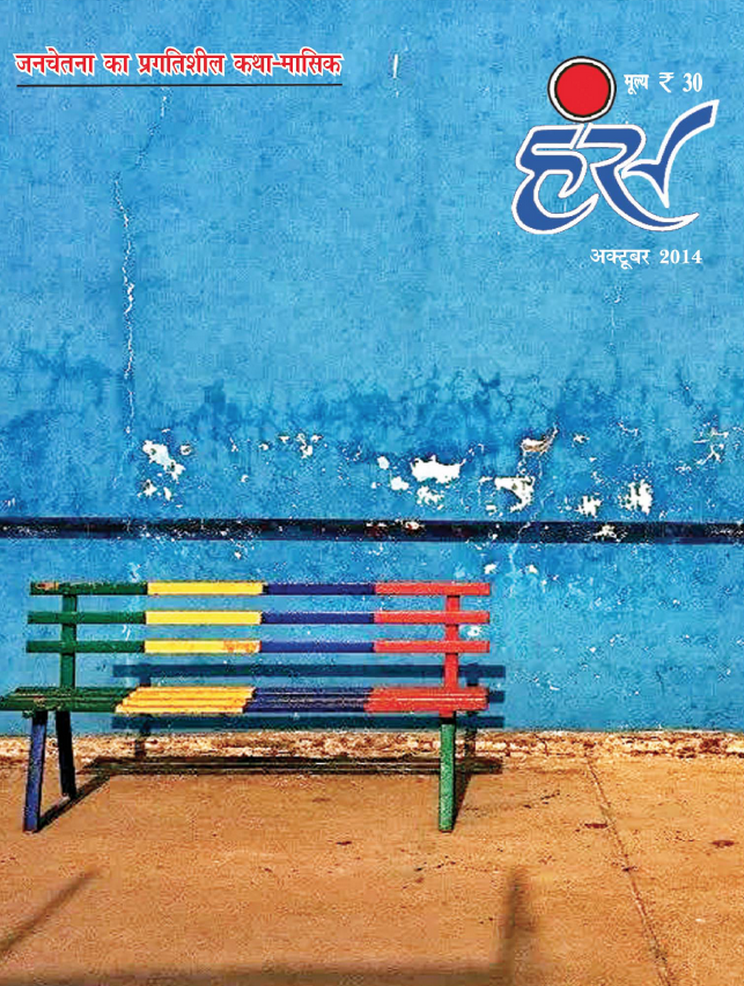 Hans is the top literary magazine in the Hindi language, one that has had many setbacks but persists in confronting the most pressing issues in Indian life. The latest edition of Hans Magazine.

Hans Magazine has helped launch many famous Hindi novelists, all the while keeping up-to-date with the social and political landscape and confronting many of the most pressing issues of the day. And with this social and political involvement, the magazine has led itself down a rocky path — one that continues today, writes The Hindustan Times.

Hans was founded in 1930 by Munshi Premchand (who was called “Upanyas Samart,” the king of novels) and Mahatma Gandhi. From the get-go they made their objectives clear: “Hans will play a major role in inspiring the countrymen to mobilize themselves against British rule.” And they stuck by this and immediately published a series of anti-imperialist work. Unfortunately, the proved too controversial and only two years after inception they had to cease publication for months. Premchand fell into debt and turned to writing Bollywood scripts to support himself and the magazine. Finally, in 1936, a few years after his death, Hans ceased publication. It took another 50 years for the magazine to be revived when writer Rajendra Yadav bought the magazine and began publication once again.

A well-known Hindi radical writer and editor, Yadav was the perfect candidate to marshall in a rebirth of the magazine. He led Hans down the same path Permchand began with: writing and publishing work about the most pressing social and political concerns of the present time. According to The Hindustan Times, the concerns in were, “public debates on various contentious social, political and cultural issues such as gender equality, language, sexual freedom and fundamentalism among others.”

It’s a tradition that continues today. As Hindi writer and editor, Sanjay Sahay, explains: “… corruption, crime, and political hooliganism are the recurring themes in the stories that we receive from Uttar Pradesh and Bihar … These are villages and small towns where readers are so faithful, that the circulation has gone up in the last two years, from 9,500 to 11,000 which makes it the largest-read Hindi literary magazine.”

The latest hurdle for Hans came in 2013, when Yadav passed away. This time, the editorial staff came together and made a decision to keep the magazine afloat by cutting their pay. Their main concern was making sure the magazine continued and was getting into the hands of their readers.

Sahay explains exactly why it is so important to keep Hans and all it stands for alive, “We are not here to earn salaries, we are rather on a mission to ensure that this historical literary magazine stays afloat and the flag of Hindi literature keeps flying high.”