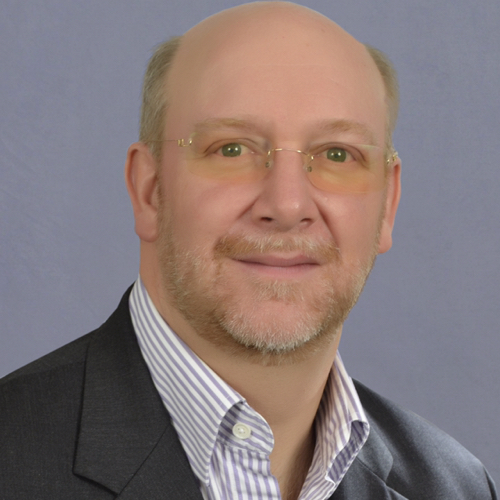 Executives from Cengage and Udemy point to Latin America as a strong region for edtech growth and share their top tips for entering the market. If you are an edtech entrepreneur, it is hard not to be impressed by the vital statistics of Latin America as a potential market: 600 million people speaking just two main languages, 20 key cities, focused on countries such as Brazil and the Pacific Alliance countries of Chile, Peru, Mexico and Columbia and a generation of young people who see learning as a way out of poverty. Edtech is basically the use of technology to facilitate learning and in Latin America this often means online courses.

Yet Fernando Valenzuela, President of Cengage Learning Latin America, thinks that while there is plenty of opportunity in the region (although the Brazilian economy is going through a headline-grabbing crisis at the moment), entrepreneurs from other countries, such as the USA and Israel, do have to tread carefully and familiarize themselves with the continent. Cengage Learning is an international educational services company that earlier this year announced it was backing the expansion of the Boston based Learn Launch Accelerator to Latin America at Cengage’s innovation lab at the University of Chihuahua in Mexico.

Even the term “Latin America” can mislead the unwary says Valenzuela, as it implies a uniformity to the market that is perhaps missing.

“When you talk about edtech in South and Central America you need to be careful of generalizations and differentiate between different countries,” says Valenzuela. “This is down to demographics — such as the number of young people in each country — as well as the number of institutions they have access to and their quality.”

According to Julio de Angeli, Head of Business Development Latin America at online learning resource Udemy, Brazil is unique for edtech in South America, as it is the biggest market and has one of the highest rates of connectivity in the world, despite the economic problems the country faces. “Brazil is special because of its significant growth in Internet penetration, broadband penetration; smart phones are growing 20–30% a year and prices of devices are dropping.

“It is a really connected country with one of the highest figures for per day per person online use in the world; and what’s more, young people in Brazil have realized that if you want a career then you have to study. It is easy to reach a significant number of students online without marketing.

“The big thing is that the government allows 20% of the higher education curriculum to be offered online, and that’s a big number in a market of 7m paying students and a possible total market size of 25m customers.

Move From Private Sector to Public

“Overall edtech is much bigger in the private sector HE and also in courses that are not regulated by the government.”

As a result, he argues, it is possible to have much “higher margins on online courses in Brazil than in other parts of the world.”

Although while the economy bumps and bounces back, regulation is a constant presence.

However, when it comes to actually opening for business in Latin America, Valenzuela says that the main challenge faced by the edtech entrepreneurs he has worked with from Tel Aviv, Boston and London is what he calls legitimacy – or a good reputation.

To achieve this he believes “you have to find one or two institutions that will open doors to you to run pilots, collect data and create positive stories that others will notice across Latin America.”

And these institutions should probably be in the private sector, he says, as they have their own culture. “As corruption is everywhere — the lowest rate is in Chile — normally it’s best to get into the private sector and then move to the public, as when you deal with the public system … there are a lot of political considerations to be made.

“It is easier to do this in a relatively small market like Columbia or Peru, where you can team up with a local provider and start understanding the culture of education in Latin America, rather than in Brazil.”

Or aim for Mexico if you want scale, with its relatively large private HE sector.

Even though every country other than Brazil speaks Spanish, there are local and regional differences. “I would aim for a pan-regional approach,” says Valenzuela, “so aim for common Spanish rather than the form of Spanish tied to each country — in that way you won’t have to adapt it to each country.”

Angeli agrees that “success depends on taking time to build long-term partnerships.” He also issues a stark warning that with the downturn, “if you are not already in Brazil then you are going to have trouble getting in for the next couple of years.”

In the end Fernando Valenzuela argues that, just like in the USA or UK, for technological innovation to really triumph in education in Latin America it needs not just the infrastructure to be in place but the teachers to be on board as well.

“In Latin America people assumed that if you invested in the infrastructure then edtech would flourish but this isn’t the case. When teachers aren’t ready to use digital, it creates a very significant challenge. Throughout Latin America you will find very innovative institutions right next door to those still using textbooks and who think digital transformation will take 10–20 years.”

He believes that entrepreneurs have to engage with pedagogy so that teachers and students engage in the right conversation.
In the end for Julio de Angeli education is always a good market to be in and edtech is even better.