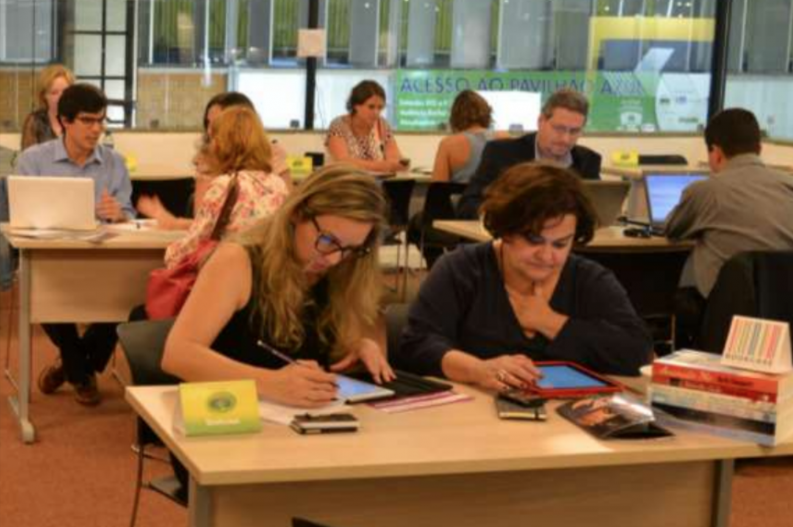 With the crash of Brazil’s real against the dollar, U.S. rights deals at this year’s Rio International Book Fair may not be as lavish, but they are still key. “As book publishing becomes increasingly international, it is more important than ever that publishing‐industry stakeholders in the United States understand how to conduct business on a global scale … The goal of this research is to better equip US publishers and other industry stakeholders who wish to sell rights, distribute books, and otherwise do business in these markets,” writes BISG.

In the introduction to the Brazil report, timed to the opening of the Bienal Internacional do Livro Rio (The Rio International Book Fair) this week, it notes, “As the world’s seventh‐largest economy and fifth‐largest country in terms of both geographic area and population, Brazil is a key target for U.S. publishers and other stakeholders wishing to expand their businesses overseas. Brazil’s Bookcase Agency has been very active selling rights to self-published titles from the United States.

“The report is the first in an ongoing series, was compiled from a series of interviews with industry experts on the ground in Brazil, and includes Nielsen BookScan data on the size of the Brazilian retail book business, information on key demographic and economic factors, Brazilian book buyers’ current interest in and acceptance of digital book formats, the state of publishing‐industry standards in Brazil, and the unique opportunities and challenges publishers can expect when engaging there.”

What’s perhaps of most important to rights and licensing professionals who will be attending this week’s Bienal is the fact, noted in the report, that “Much as they have in the United States, blockbuster young‐adult fiction titles and book‐to‐film success stories dominate recent Brazilian best‐seller lists. It is also worth noting that nearly all the best‐selling titles are Portuguese translations of works originally published in English. Notable titles that occupied space on the lists in 2014 included John Green’s The Fault in Our Stars, Paper Towns, and An Abundance of Katherines, E. L. James’s Fifty Shades of Grey, Matthew Quick’s Silver Linings Playbook, and Markus Zusak’s The Book Thief.” Brazil, which has suffered a 26% decline in the value of the real, is likely to have somewhat diminished purchasing power for rights. As noted in BISG’s report, “Jorge Oakim of Instrínseca (who published Fifty Shades of Grey, among other best sellers, in Brazil) recently told the newspaper O Globo that, while his company will continue to secure translation rights from the United States, it will need to make it clear to agents that advances offered will not reach the highs of a few years back.'”

That said, North America remains “the major supplier of works in translation,” notes the report. “In a market where an estimated 70% of book content is international, North America accounts for the vast majority of titles. Brazilian publishers are especially interested in acquiring rights to US best sellers, in particular in the children’s and young‐adult categories, in which they have seen a great deal of success over the past few years … As Pedro Almeida, publisher of Faro Editorial, cautioned, it is important to keep in mind the risks of selling translation rights. According to Almeida, many large Brazilian publishers enthusiastically buy publishing rights to a large number of titles, but end up publishing ‘less than 50% of the books they purchase.’ Almeida encourages US publishers to investigate opportunities with small and medium‐sized publishers that are more focused. These publishers, he says, can better guarantee the delivery of the book to the relevant audience.”

A revived Agents and Business Center — supported by the Frankfurt Book Fair — at the Bienal should help facilitate further deals and give opportunities for smaller publishers to get exposure to major players. Look here for an update on activity at the Center in the coming week.