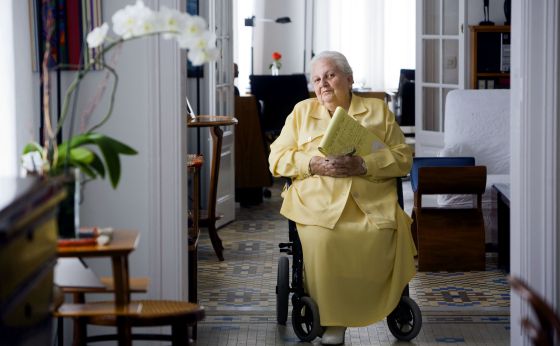 Literary agent Carmen Balcells was a ground-breaking entrepreneur and much admired, as evidenced by comments from several of her colleagues.

The death of legendary literary agent Carmen Balcells will reverberate for weeks in the lead up to the Frankfurt Book Fair. Balcells was one of the most powerful and influential figures in Spanish publishing of the last half-century, after setting up her agency in 1956 in Barcelona). represented such literary giants such as Mario Vargas Llosa, Gabriel García Márquez, Camilo José Cela, Pablo Neruda, Miguel Ángel Asturias and Vicente Aleixandre. She was so important to Spanish literary cultural heritage that in 2010, the Spanish Ministry of Culture bought approximately 50 years of her personal archives for three million euros. Márquez held her in such high regard that he referred to her a “Mama grande.” She was 85 years old.

But one question will hang over her passing: where will her authors go?

In 2014, Balcells and The Wylie Agency announced a “memorandum of understanding” to merge. Together the agencies would have represented more than 1,000 writers and will represent 13 Nobel Prize winners between them — but the deal was never struck. This past summer, Wylie expanded into the Spanish-language markets with the launch of The Wylie Agency España under the leadership of Cristóbal Pera, the former Editorial Director of Random House Mondadori Mexico, who had edited Marquez, among numerous others on Balcell’s list.

“Carmen Balcells was a formidable force of nature bursting always with new projects, jotting down brilliant ideas and thinking always of her authors. Over the last ten years, I had the immense fortune of getting to know her her and enjoying long conversations at her apartment over a great meal every time I would visit Barcelona. Before that, she trusted me to work directly with authors like Manuel Vázquez Montalbán and Gabriel García Márquez, the highest honor of my life.

“Carmen, single handedly, changed the course of literature in Spanish in the 20th century. Apart from promoting and representing the most amazing group of Latin American writers, the “Boom,” she embodied the figure of the Agent in Spanish, changing forever the relationship between authors and publishers.”

Balcells was known for being “100% author-centric,” going so far as to lend personal assistance to authors in need.

Another admirer is Nicole Witt, of Frankfurt’s Mertin Literary Agency, which took home the prize as “International Literary Agent of the Year” at this year’s London Book Fair. Witt, who also  specializes in Latin American authors shared her thoughts with us on Balcells’ passing.

“One of the first things I learned at the Mertin agency when I started to work with Ray-Güde, in January 1999, was that Carmen Balcells was a shining example to to all of us in the agenting world. Not only did she have an outstanding intuition for finding and fostering great literature, finding books with the potential to travel, but she had the courage to push authors writing in Spanish  language. She was also a wonderful defender of the authors’ interest at a time when fairness in literary advances and payments were not yet as common as today. In the end, her new way of forging and defending contracts was not only good for the authors, but also for the publishers. and for the market itself. This is especially true in her persistent defense of copyright, her demand that it be valued and given the respect in deserves. This is particularly important today, in the age of the Internet, when people expect content for free.”

Balcells also had an impact on a younger generation of agents. Valeria Huerta, a literary agent with Georgina Capel Associates, commented:

Carmen Balcells was an extraordinary agent and her legacy goes beyond Carmen opened the doors to the professionalization and institutionalization of the literary industry in Spain and Latin America including Brazil, where in the the nineties Carmen also started an agency in Brazil with Lucia Riff. In 2004 Lucia bought her shares and funded Agencia Riff which is the most important agency in Brazil today.

While for my generation it might seem natural to think of agents as the ones that discover authors and look after all aspects of their writing careers, in the Spanish and Latin American publishing industry there will be always a “before” and an “after” Balcells. She changed so many peoples lives and we all owe her much more than we think.

And in a press release, Raul Padilla Lopez, president of the Guadalajara International Book Fair remarked,

“The FIL Guadalajara we will always be grateful for the tremendous momentum that Carmen Balcells gave to the literature of Latin America. Her strong will to promote the authors of our continent was essential to strengthening the cultural exchange between the countries of Latin America. Her legacy will live for a long time.”

Madrid-based Spanish-language publishing consultant Javier Celaya, added, “I always had a great admiration for her. Not only she has a great literary agent, she has also a great entrepeneur, one who was able to turn her authors into global figures. And even at her age, she was more able to understand the digital transformation than many publishers.”

And while Celaya notes that “there is going to be a fierce fight among agents to take away her client portfolio,” no matter what happens, “no one will ever replace her as the grand dame of the Spanish rights.”

Do you have memories or anecdotes of working with Carmen Balcells? Share them with us in the comments.