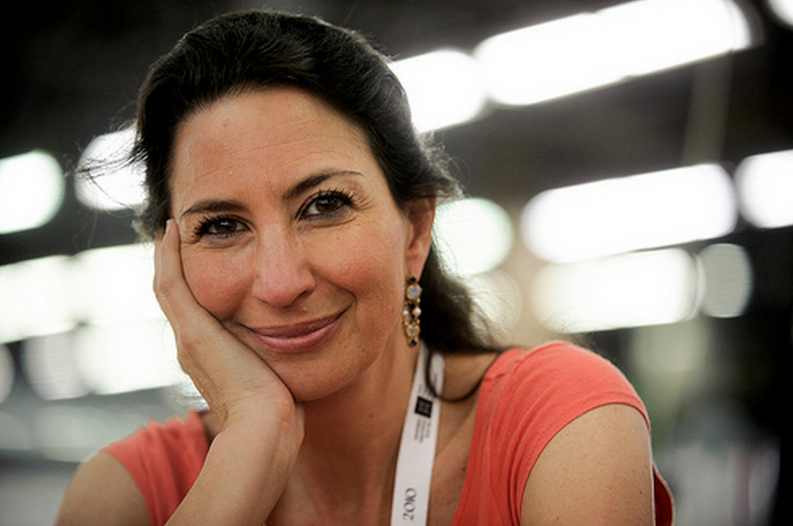 Mexico’s publishing industry has great potential, both domestically and abroad, but the lack of organized government is a persistent problem, says Déborah Holtz.

“Mexico is a country with huge, unconverted potential as a publishing market,” says Déborah Holtz is the co-founder and Director of Mexico’s Trilce Ediciones, a publisher best known for its popular culture art books, as well as poetry, children’s books and essays. “Our editors and publishers are well-trained, and our unique geographical position makes us an ideal point from which to export both to the U.S. and Latin America. Two obstacles holding back the country are poor government decisions and the absence of strong agencies to support publishing. Almost all publishers receive little to no support for production. There are no specific bank credits, nor do we have support on book exports.”

Holtz, who also serves as the President of the Mexican Alliance of Independent Publishers, notes that Trilce has sought to “introduce risky and different books aimed not only at the Mexican market but also at international markets.” Increasingly, Mexico’s proximity to the United States has been beneficial in this regard: “The U.S. has world’s the largest Hispanic population and ethnicity which is about to become the country’s second-largest ethnic minority, of which 34 million people are either Mexican or of Mexican heritage. This represents a huge opportunity for selling books in all formats.

But without government support and specific policies to boost the industry, this opportunity may go unrealized. “There is a slim margin between what we produce and what we export, and so the U.S. and Latin America represent huge opportunities for us in terms of book sales across all formats. Aside from the physical book, the content is also a commodity — an avenue which is simply waiting to be exploited. Meanwhile, other markets are also generating content of their own, so it would be interesting to see what is already out there and available in terms of the purchase of rights and or adapt these contents to the reality of diverse markets,” she says.

Déborah Holtz is a featured speaker representing Mexico at The Markets: Global Publishing Summit at the Frankfurt Book Fair on October 13, 2015.

“With the U.S and the rest of Latin America on our doorsteps, Mexican publishing has a huge amount of room for growth, and yet this market remains dominated by Spanish publishers. With this in mind, book production should be shifting from government to private sector. As a consequence of this lack of support, Spanish houses have been able to steal a march on Mexican ones throughout the continent.”

To support this point, she notes that production at public and private publishing houses in Mexico in 2014 reached 24,000 titles, 30% of which were new titles, with the remainder being re-editions. This is a decrease from 2011-2012. Total global production for 2012 was 143 billion copies. As a point of comparison, the number of titles published in 2012 in Spain stood at 79,000. These figures are the latest available from the Chamber of Book Production, which draws on data from data of 222 publishers.

The lack of government intervention in the industry may be tied to the fact that the government itself is the biggest producer of books in Mexico, accounting for some 60% of production. An example of one of Trilce’s popular culture titles.

In this regard, Holtz encourages foreign publishers to seek out partnerships with independent publishers — and encourages people to connect with the Mexican Alliance of Independent Publishers. “Small companies deserve the credit for establishing new trends in publishing. The Alliance for Independent Publishers launched the Independent Book Fair six years ago. It has become a benchmark for publishers of this size, with more than 80 houses participating in Mexico City. Our aim is to export the model to other major cities in Mexico and would love to see an independent book fair for Spanish-speaking markets across the continent.”

And while Holtz is highly critical of the lack of government policy, she does note that CONACULTA — the government agency promoting culture — contributed at some level to the spread of reading culture. “One of the most important programs to promote reading among adults has been [CONACULTA’s] ‘Barrio Libraries,’ which seeks to unite people across neighborhoods, cities, and towns throughout the country at local libraries stocked by CONACULTA donations and staffed by volunteers. Fifteen years ago, at the last count, there were more than 7,500 of these ‘home libraries.’ The number can only have grown.”

That said, she also notes that, most other national reading campaigns has proven to be less than successful. “Over the years, successive governments have launched very ambitious programs with very poor results. On average, the individual Mexican reads 2.9 books a year (1.5 according to certain sources). … More than CONACULTA, the responsibility lies with our Ministry of Education to launch a significant re-think of reading programs. Children are simply not taught to read and think. Above all, they need to learn how to enjoy reading.”