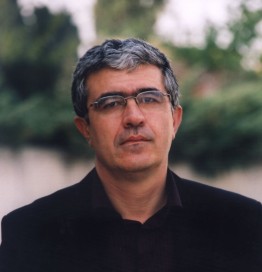 Parantez Publishing is a small publishing house that was founded in 1990 by three well-known Turkish humorists and cartoonists: Gani Müjde, Metin Üstündağ and Can Barslan. Initially, the firm was established to print a weekly magazine, Deli, (which translates from the Turkish as roughly meaning “mad”), but it quickly transitioned into publishing books and has put out more than 400 titles today, including humor and cartoons (naturally), as well as commercial, translated and literary fiction.

“Humor is a widely read genre in Turkey, so we have had a number of bestsellers” explains Metin Celâl, Publisher of Parantez and President of the Turkish Publishers Association. “The top readers in the country are between the ages of 7-14, and the segment is growing rapidly, so in recent years there have been significant advances in publications for children and youth in terms of both quality and quantity” Education books and materials, which fall under the authority of the Ministry of Education, account for 51% of the total book market, and “it is important for any publisher looking to work in Turkey to take this into consideration.”

Metin Celâl is a featured speaker representing Turkey at The Markets: Global Publishing Summit at the Frankfurt Book Fair on October 13, 2015.

In Turkey, a small publisher has the opportunity to establish itself because the scale of printing and distribution is relatively modest, with average print runs pegged at 1,500-2,000 copies per title. That said, notes Celâl, every year there are some 50 titles that sell over 100,000 units — extraordinary bestsellers can surpass 750,000 copies — though most of these are drawn from the list of international bestsellers. And the importance of these translations can’t be overstated: 40% of the titles published in Turkey are translations, with 90% coming from English. “This makes us primarily a copyright importer,” he says, “And though the Anglo Saxon countries dominate the discussion, Turkey also works closely with Germany, France and Italy.” And while Turkey is almost exclusively looked at as a country to “sell into,” he notes that “foreign publishers don’t have an idea about the remarkable bestselling writers we have,” and are missing an opportunity. What’s more “there is an assumption that people don’t read in Turkey, and we often hear weird numbers such as books produced per capita is 1 in 10,000, serious research shows that actually people read quite a lot in Turkey. We’re hoping that with upcoming meetings in Frankfurt and elsewhere, we can help bring more attention to the riches and opportunities global publishers have in working with the Turkish publishing industry.”