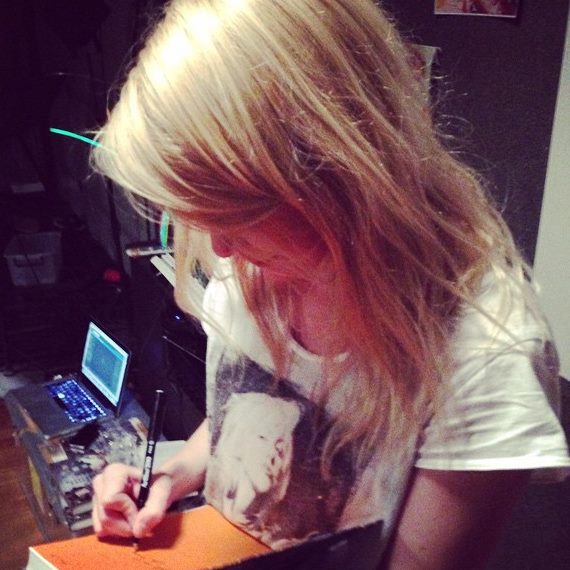 The banner atop the Icelandic Facebook page campaigning for Iceland to take in more Syrian refugees. A week ahead of the Reykjavik International Literary Festival, The Icelandic author Bryndis Bjorgvinsdottir created a global humanitarian campaign by simply launching a Facebook initiative. Her petition, launched last week on Facebook, called for the welfare minister of Iceland to raise the asylum cap while simultaneously asking fellow countrymen to help Syrian refugees by bringing them into their homes. The people of Iceland have more than jumped on this opportunity: 17,000 people signed the petition, saying that they will open their doors to their fellow man, donate clothes, or help them assimilate to Icelandic culture. The Independent reports that Bryndis Bjorgvinsdottir, author of Hafnfirðingabrandarinn (The Local Joke), which won the Icelandic Literary Prize and the Icelandic Women’s Literary Prize, began the Facebook petition to “to show the level of public support for welcoming more refugees, who Ms Bjorgivnsdottir called ‘human resources’ with experience and skills that could help all Icelanders.”

Her call to action was directed at the country’s welfare minister, Eygló Harðardóttir, urging that the current cap of 50 people per year to be raised. The Facebook petition has gained so much traction that Harðardóttir “told national broadcaster RUV that authorities were reading the Facebook offers and would consider increasing the number of refugees accepted under a quota.”

“They are our future spouses, best friends, the next soul mate, a drummer for our children’s band, the next colleague, Miss Iceland in 2022, the carpenter who finally finishes the bathroom, the cook in the cafeteria, a fireman and television host,” says Bjorgivnsdottir of the refugees.

Bjorgvinsdottir started her Facebook group for Icelanders specifically, but her humanitarian efforts have snowballed much further. Adrien Tierney, a biology student at New York University who currently lives in Hampton, Virginia, was talking to her mother about Iceland’s efforts to help refugees. Together they decided that this should not just be Iceland’s calling, but also the United States. In an article in Newsweek, Tierney describes trying to find U.S Facebook groups that were helping refugees but found none. And so, “Tierney posted in the Icelandic group and got an ‘overwhelming response’ from Americans who also wanted to assist in some way. Inspired by the Icelandic group, mother and daughter quickly set up the Facebook page for an initiative aiming to raise awareness about the refugee crisis and ultimately lobby the U.S. government to take more people in.” The current petition in the U.S. is a pledge to help 65,000 Syrians by 2016. As of August 31, the petition has 39,828 out of the 60,074 it needs by September 30th.

And like wildfire the help is spreading. BBC.com reported a petition for the UK “to provide ‘immediate sanctuary for those fleeing from war.’”

Germany expects to take in 800,000 refugees, even their football stadiums have unfurled banners saying “Refugees welcome,” and Australia has begun a petition to allow asylum to 20,000 Syrian refugees.