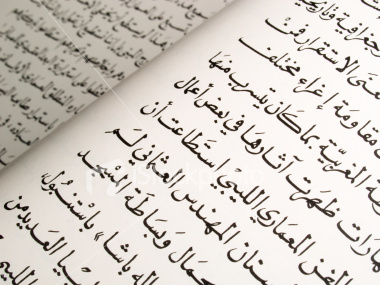 At the recent Shubbak Festival in London, Arab writers discussed their rising influence in the West, and whether to write and publish in English or French. Writing for Your Middle East, Brian Whitaker looked at increased prominence writers of Arab writers in the West as well as growth in Arab authors who “choose to write in English or French.”

“…what are the consequences of this for writers and their readers? Does awareness of a wider (non-Arab) audience affect the way that Arab writers write? And in what ways so different audiences – not to mention publishers in different countries – have different perceptions of their work?”

At a recent panel discussion at the Shubbak Festival in London, these questions and more were raised.

“When I was a student,” British-Syrian writer Robin Yassin-Kassab recalled, “just about the only stuff in terms of literature that was translated and available in bookshops was Naguib Mahfouz, the Nobel prize winner, and Nawal el-Saadawi (the Egyptian feminist) … and now, when you look on Amazon, there suddenly seems to be a lot more stuff, and there are all these events – Arab arts festivals, and so on.”

And with that increased interest in Arab literature, how do the best writers come to the attention of audiences and publishers?

One name that came up again and again at the conference was that of 83-year-old Nawal el Saadawai. In the west, Saadawi “has become synonymous with Arab feminism,” Kassab noted that the fact that virtually of her books have been translated seems to suggest that her work “fitted into a preconceived category in the western mind.”

But for Iraqi poet and novelist Sinan Anttoon, that could just as easily be attributed to the laziness of publishers and “writers who know how to play the system.”

“Does awareness of a wider (non-Arab) audience affect the way that Arab writers write?”

Antoon, on the other hand, attributed much of this sort of thing to publishers’ laziness and writers who know how to play the system:

“Nawal el-Saadawi was important to our generation when we were teenagers. The problem whenever I see Saadawi’s books or her name in a conference is that in the past 35 years there have been at least 30 courageous feminist writers and activists from the Arab world but none of them gets the time or the space. Saadawi’s views were important in the 1970s and now they are frankly quite problematic and simplistic and even ridiculous.”

“You have others — I’m not going to mention names — but there are some Arab writers, men and women, who are very smart at tapping into this market, and then they learn the circuit of all the international festivals and their books come out in English before they come out in Arabic — which is very telling. It tells you who they are writing for: they are writing specifically for an American and British audience that is receptive to these new orientalist narratives.”

But are the writers being selected by publishers “representative of Arab literature as a whole?” Daniel Newman, head of the Arabic department at Durham University spoke on the trends he observes on what’s being translated and published.

“There is a high number of women authors, there is a great deal of political literature. There are trends, and I think publishers in general – there are of course exceptions – do try to orient themselves towards a certain impression of what Arabic literature should be …”