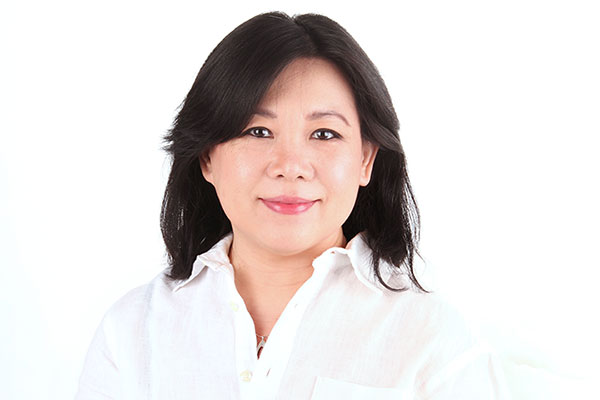 Linda Tan Lingard of the Yusof Gajah Lingard Literary Agency will offer insight into the book markets of Malaysia and Indonesia.

The Rights Directors Meeting at the Frankfurt Book Fair will focus on France and the developing markets in Southeast Asia where more than 620 million people reside. The annual Rights Director’s Meeting at the Frankfurt Book Fair routinely generates buzz. In last year’s keynote address, Bloomsbury CEO Richard Charkin extolled foreign agents and publishers to “stop trying to sell us rights,” arguing that non-English language publishers should just publish in English themselves. After all, the English language market was already “grossly over-published” and self-publishing, print-on-demand and e-books are only making it worse.

So it makes sense, after all, that the focus of this year’s event is on France — home of the 2014 Nobel Prize-winner Patridk Modiano — and South-East Asia, which will be in the spotlight at the fair with Indonesia taking the role as Guest of Honor.

Can you expect fireworks this year? You bet. The opening keynote will come from Anne Solange Noble, the rights director of Gallimard, France, who will argue that “France is easier than you think!” Why, after English, French is the second most translated literary language in the world. This is ahead of both German and Spanish. And in France itself, nearly one out of every six books published is a translation. The opportunities for publishers to exchange rights abound.

In addition to Noble, Rebecca Byers, Rights Director of Editions PLON-PERRIN will offer an overview of the current French publishing scene and Anne Michel, director of foreign fiction at Albin Michel, will explain just what you need to do to convince a French editor to buy your title.

And this is all important, because France will take center stage at the Frankfurt Book Fair as Guest of Honor in 2017. But returning focus to this year and Southeast Asia, the RDM will feature Copyright Clearance Center’s Michael Healy discussing the issue of rights and licensing in the region, which is burgeoning as more publishers look to trade content with the rest of the world. As Healy told Publishing Perspectives last month in regard to China — something that is applicable to the region — “We have found rightsholders in [the region] very interested to explore the revenue opportunities from re-use of their content…The challenges facing publishers are not materially different from those facing publishers in any other significant market. Every publisher is grappling with the new ways in which content is being distributed and used, and making sure they are properly rewarded for those uses. Publishers are looking increasingly to global markets and new ways in which to maximize their sales. Rights transactions are an important part of that.”

Southeast Asia accounts for more than 620 million people and is serving as a desirable secondary option to publishers looking to expand in Asia outside of the developed markets in China, Japan, and elsewhere.

To this end, Pimolporn Yutsiri of the Tuttle Mori Agency, Thailand will offer an overview of publishing activity in the region; Linda Tan Lingard of the Yusof Gajah Lingard Literary Agency , Malaysia will discuss the links between Malaysia and Indonesia, two of the most important book markets, and Dr. Nguyen Manh Hung, Thai Ha Books will offer a glimpse into the burgeoning book world of Vietnam.

The day will be rounded out by a presentation by Adam Silverman, Senior Director, Digital Business Development HarperCollins Publishers who will offer an update about digital developments for the company and will take questions.

Tickets for the Rights Directors Meeting, on sale now, are available as a package along with entrance to the Frankfurt Book Fair’s Business Club or separately.