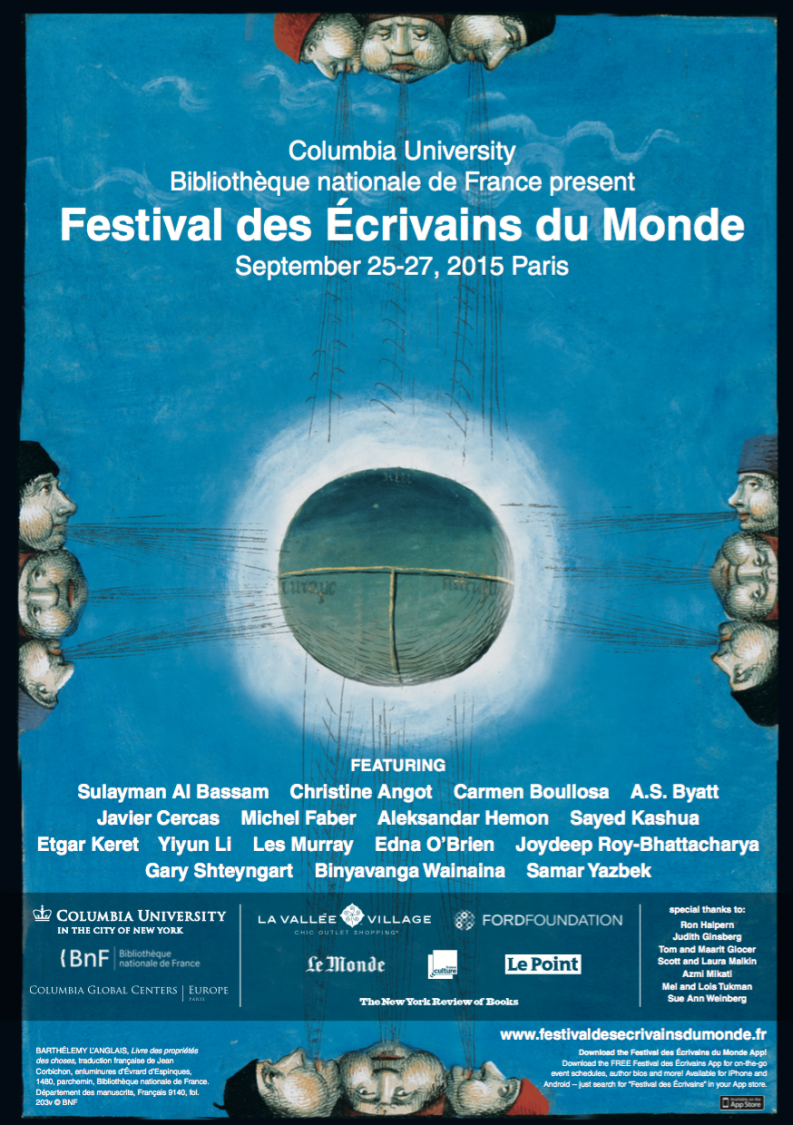 As the third edition of the Paris-based Festival des Écrivains du Monde will kick off, it has become a fixture on Paris’ literary calendar for global lit.

On Friday, the third edition of the Paris-based Festival des Écrivains du Monde will kick off. Organized by Columbia University’s Columbia Global Centers in partnership with France’s national library and sponsors such as the Ford Foundation, the New York Review of Books and Le Monde newspaper, the young festival has unobtrusively slipped onto the fall calendar with the help of its influential supporters and the artistic direction of Caro Llewellyn, who skillfully brings together international literary authors.

French publishers are also happy about the event as it fits into the literary season; moreover, given that approximately 18% of France’s books are translations, some of the authors are already in France to promote their books. Publishers such as Gallimard, with its “Du Monde Entier” collection, Actes Sud, l’Olivier, Belfond or Seuil cater to the French appetite for translated fiction. 17 international authors including Carmen Boullosa, A.S. Byatt, Aleksandar Hemon, Sayed Kashua, Etgar Kevet, Yiyun Li, Gary Shteyngart, Binyavanga Wainaina, and Samar Yazbek will be present at the Festival, which takes place at various locations around Paris.

Kuwaiti playwright Sulayman Al Bassem will close this year’s program in a workshop of his latest play, “UR,” inspired by the Sumerian “Lamentation for the Destruction of the City of Ur” and specially commissioned by the Festival.

You can read more about the creation of the festival from our earlier profile of the founders.