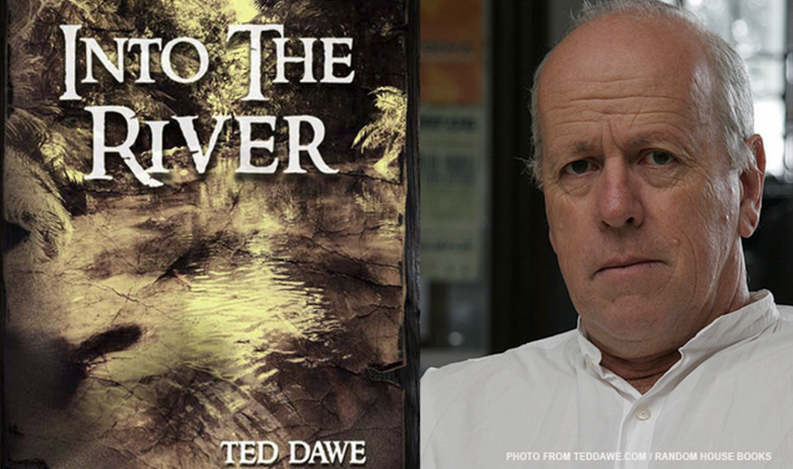 The New Zealand government has banned Ted Dawe’s award-winning YA novel “Into the River” after protests from a Christian group.

The Guardian reports that the New Zealand government has banned an award-winning YA novel after protests from a Christian group.

It is the first time in twenty years that a book has been banned.

Into the River by Ted Dawe (Random House New Zealand) has “been banned from sale or supply by the Film and Literature Board of Review (FLBR) after a complaint from conservative lobby group Family First.”

The book will be removed from libraries, schools and bookstores nationwide.

Family First objected to what it called “sexually explicit content, drug use and the use of a slang term for female genitalia.”

The interim restriction went into place on September 3rd, and will be reviewed and given a permanent classification within the next month.

The Guardian reports that according to the FLBR’s website, the interim restriction means that “no one can ‘distribute or exhibit’ the book and if the order is breached individuals face a fine of NZ$3,000 (£1230) and companies of NZ$10,000.”

And while it’s still legal to own the book for personal use, it is now illegal to even pass it around to friends.

The winner of the 2013 New Zealand Post Children’s Book award, Into the River is targeted towards a mostly male teenage audience, one that Dawe acknowledged is difficult to reach.

He told The Guardian:

“‘I have taught in secondary schools for the past forty years. Much of this time has been spent encouraging boys to read. Part of the challenge was to find books that “spoke” to them. This meant books about issues that were relevant to them and written in a style that was authentic,’ he said.

‘There are many issues that young adults can not take to other people. They want to do their own thinking about them. There is no better, no more private medium for this than the novel.

‘In this relatively safe context the teenager can navigate through issues such as race, sexual orientation, body issues, class discrimination and bullying and harassment. They can test their responses against the main characters and calibrate the differences without the need to discuss.

‘The last banned book was entitled How to Build a Bazooka. Perhaps the content of Into the River is a bazooka fired into the complacent middle class oligarchy that rules this country.’”

Dawes said he was “blindsided” by the ban, telling The New Zealand Herald:

“‘It’s extraordinary,’ Mr Dawe said. ‘I’ve had quite a few emails from people who share that sense of outrage. Do we live in a country where books get banned? I’ll get burnt next.’

‘New Zealand has taken a giant step towards that sort of regulatory moralizing that I think most people felt we had left far in our past.’”

Joanna Mathew, executive director of the Library and Information Association of New Zealand, was quoted by The Guardian as saying that the banning of Into the River was “concerning” in regards to free speech in New Zealand.

“‘I have read the book, and while there is content in there that is confronting it doesn’t warrant being banned,’ she said.

‘A key principle underlying the library and information profession is freedom of access to information. Individuals should have the ability to make their own decisions about what is suitable.

‘By burying a story that actually reflects real societal issues we fail to create an environment where we can effectively address them.’”