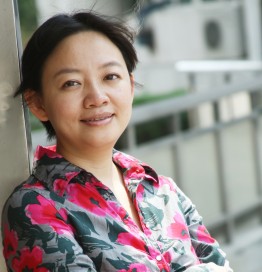 China is unique in so far as it is by-and-large a nation of families with only one child. This often means a significant emphasis is placed on giving young Chinese every educational and social advantage. Fortunately for publishers, this translates into buying books. As more and more Chinese travel abroad and the country grows in influence and power in the world, parents around the globe are eager to teach their own children about China, its language and its culture.

Zeng Yi is the Rights Director for China Children’s Press & Publication Group (CCPPG), the largest children’s publisher in China, publishing some 1,500 books a year with 500 new titles, covering a full range of picture books, YA and young adult literature, comics and historical titles. Its roster of publications includes 11 magazines and 5 newspapers, representing 25% in the total children’s newspaper and magazine market.

And while CCPPG has had the highest sales of any children’s publisher in China for three years running, the children’s book market is highly fragmented, with a large number of publishers, and no single publisher with market share above 10%.

In addition, China’s book distribution network, often clustered around large cities, makes it challenging to get books into outlying areas where a significant percentage of the population still resides. As recently discussed in The Wall Street Journal, Chinese commerce giants Alibaba and JD.com are battling to reach customers in even the most remote parts of China. CCPPG now sees half of its sales coming through online channels. “In this way, we are managing to reach customers throughout the vast territory of China which suffers huge imbalance in economic development,” says Zeng. A CCPPG translation of a work by Italian author Gianni Rodari

She notes that there is a significant appetite for Chinese books abroad and foreign translations at home: “CCPPG is very active in the international copyright market, both buying and selling. Other than the original Chinese books, CCPPG is the proud publisher in China for many world classic children’s literature, such as The Adventures of Tintin, all the works by Astrid Lindgren and Gianni Rodari.”

Many foreign children’s publishers have their sights set on China, which many view as the biggest and most eager copyright market in the world at the moment. “Some even boasted that they have sold ‘almost their entire catalogue’ to the Chinese,” says Zeng. “And I would describe Chinese children’s market as a major buyer for the time being. China as a whole is buying actively from US, France, UK and Korea. But Chinese children’s publishers have started to actively sell the rights for original Chinese books on the international market as well — selling mostly to the neighboring countries, such as Korea, Malaysia & Singapore, as well as the Arabic-speaking countries. And I hope that, in the near future, China will not only be a marketplace for US and European countries, but that there will be more of a two-way business.”

Zeng Yi is a featured speaker representing China at The Markets: Global Publishing Summit at the Frankfurt Book Fair on October 13, 2015.

As part of its own effort to help promote cross-cultural exchange, CCPPG has started a new initiative inviting Chinese authors/illustrators to work with international illustrators/authors to create high-quality picture books. Among the first of these is, A Feather, written by Cao Wenxuan — one of China’s to children’s authors, was illustrated by Roger Mello, winner of 2014 Hans Christian Andersen Award for Illustration. It is itself “highly philosophical,” says Zeng, and discusses the questions of origin and belonging shared by all humanity. Another is Grandma Lives in the Fragrance Village, authored by Fang Su-chen and illustrated by German artist Sonja Danowski, deals very sensitively with the subject of death in the family. A Feather by Cao Wenxuan

As for advice for foreign publishers who want to know what to sell, she advises that “the Chinese book market doesn’t have obvious trends. It is more up to relentless marketing to make a book successful..”

She adds that there is a popular misconception that “if a publisher could get each of the 400 million children aged below 18 in China each buy a copy of their book, it would make a fortune!” But this, she says, is simply not true. “Due to low book prices, royalties and advance payments may prove surprisingly low. And due to the highly fragmented market dynamic, there are many uncertainties in what might become a bestseller.”

As always, the more you are familiar with the market, the stronger opportunities you will have to succeed. As China does not allow outright foreign ownership of companies, it is necessary to find a suitable partner to work with. In this regard Zeng says it is imperative that you get to know your partners well. “China has a very complex array of market players and it is very important to spend some time finding out who they are and what they are capable of before going into business with them.”

For her part Zeng wishes she could find the time to travel more extensively to international book fairs. At present, she organizes the firm’s presence at the Bologna Children’s Book Fair, and release heavily on the Beijing Book Fair in August and the Shanghai Children’s Book Fair in November to meet up with new clients and maintain relationships with the old friends, if they come to China. As for the forthcoming Frankfurt Book Fair, where she will be a “player” representing China at The Markets: Global Publishing Summit, she says, “I feel excited because I am going to meet with a lot of people sharing the same mission: working for high-quality children’s books and promoting their books to a wider readership than their domestic market,” adding, “It gives me a strong sense of where I professionally belong…like a river running to the ocean.”