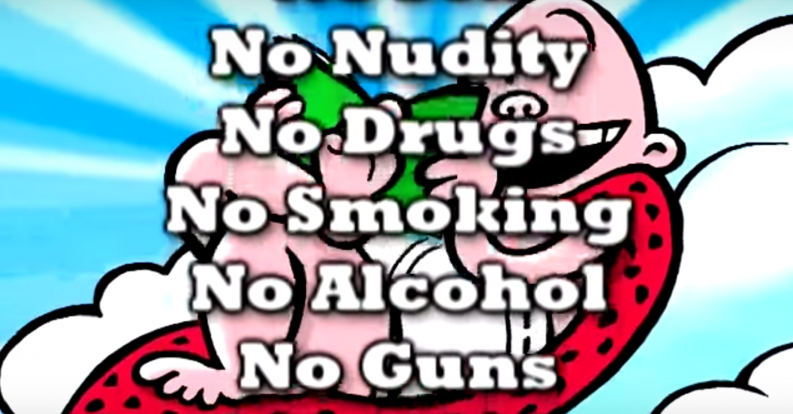 Captain Underpants contains none of the following…

Why are Dav Pilkey’s Captain Underpants books so consistently banned when they contain nothing objectionable? Because they teach children to challenge authority.

Dav Pilkey’s Captain Underpants series continues to make banned books lists around the world. His very first Captain Underpants story, written when he was in second grade, was taken away by his teacher and from then on the world has not stopped trying to stifle his creativity.

Pilkey’s comics address issues such as ADHD, teasing, discrimination, feminism and they even throw in sly writing advice (when you can’t think of what to write about, write a parody!). Even with the abundance of positive themes, Pilkey’s books continue to make their way to the banned and challenged lists, as National Public Radio in the United States reported. Judith Platt, the 2014 committee chair for Banned Book Week describes the reasoning for Captain Underpants being on the banned list: “It’s naughty and it’s seditious and it certainly is irreverent and challenges authority…”

No surprise, Pilkey topped the banned books list again this year, as pointed out this week by The Guardian.

Pilkey defends his books, noting they “contain no sex, no profanity, no nudity, no drugs, and no graphic violence (well, nothing more violent than you’d see in a Tom and Jerry cartoon or a Three Stooges short.)” but they do have a tone, where Pilkey teaches children to question authority if they think something is wrong.

His main goal with Captain Underpants is to give children something enjoyable to read that will make them laugh. He just wants to turn non-readers into readers, because the benefits of reading (especially at a young age) are tremendous.

“Recent studies have shown that children who choose their own reading material become better readers,” said The Guardian. “And it’s not just that – a British Cohort Study from 2011 found that kids who regularly read for pleasure are more likely to excel in vocabulary, spelling, and maths.”