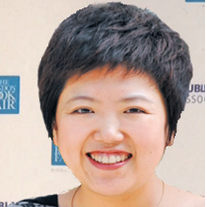 “China is not as difficult as many people think,” says Helen Sun, CEO of Beijing Ingenta Digital Publishing Technology Limited, a joint venture company that Sun set up with Publishing Technology plc (PT) in the UK in 2011. Today, the firm has grown from two employees to more than 100 and has become a top publishing technology services provider in China.

“The growth of digital publishing in China is amazing, with the government giving it full support over the past several years,” says Sun. “While our technology is inherited from Publishing Technology plc, we with a strong local team to make the local version to serve the Chinese market.”

One of Sun’s company’s key projects was the launch of CNP eReading in 2013. Built for the China National Publication Import and Export (Group) Corporation, it has become the largest publication import and export platform for content, currently offering over 5 million ebooks, ejournals, articles and other pieces of content. “It represents a direct distribution channel which covers over 10, 000 Chinese libraries,” says Sun “and this platform also won us the Excellence Award as the Best International Publishing Technical Supplier at the London Book Fair 2014.” Others include, the ERP system for China Law Press, one of the largest professional publishing companies in China holding 80% of the legal publishing market; the internal management system (BMEP) for the Book and Serials Department of CNPIEC; and the reading platform for the Qingdao Education Bureau.

Helen Sun is a featured speaker representing China at The Markets: Global Publishing Summit at the Frankfurt Book Fair on October 13, 2015.

Having the right contacts and partners in this fast growing market is key. Publishing has a strong indigenous culture and the government is very influential, says Sun. “Building trust with your partner is very important,” as companies that want to micromanage from abroad may run into problems. “Sometimes, when working in China, you will have to be very careful to understand a business situation, so that you do not ruin the relationship due to misunderstanding. As a local partner, I need to take extra responsibility, but I try to take a positive view about it: I cannot complain about extra work, but there are times when as a partner I may also want more freedom.”

It is always advisable, when working with new partners in china to take the time to earn each other’s trust, as relationships are key to expanding your market quickly. Often this means being patient at the start up stage of the business and “focusing on growth until you reach a reasonable size,” says Sun.

Another key relationship for any foreign company working in China will be with the government. “Try to see what the government is sponsoring and try to work with its support,” advises Sun. “The Chinese government sponsors a lot of activities which could give you a good start. They especially appreciate anything help the outside world understand China better — for which publishing is definitely an important channel.”