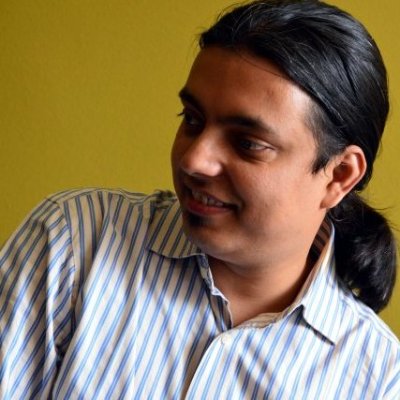 The Beijing International Book Fair 2015 ended last week after five days of frantic business hullabaloo. This was my second visit since the fair was shifted from the old convention area to this new facility outside the center of Beijing. This time around I found fewer people waiting in the queues, not as many meandering around publishers’ booths, and even colder response from the Beijing crowd on the last two public days. This doesn’t mean the fair wasn’t attended by enough people, but coming from New Delhi, I expected to see a sea of people thronging the fair. What happened? As Mr. Bob Song of Royal Collins explained to me, CNPIEC — the organizers of the fair — want a tighter B2B environment at the event. So, no more casual sightseers. This is evident by how they managed the Rights Center this time around, in particular, as I’ll explain in a bit.

From what I experienced this time around, compared to an overall perception of Chinese market, and my previous BIBF experience, I would like to draw a picture below to understand whether the BIBF think tank is strategically taking it in a new direction.

The first question I asked Ms. Lin Liying, director of the fair, was about the overall theme this year. She spoke about the fluidity of content in China now. How it’s not about the books any more but about content. In China, a growing number of early readers never access their first books on paper. They do it on touch screens. It’s paramount that the habit of reading is not lost to the lure of colorful interactive things that  a touchscreen can offer. BIBF feels it is responsible for being a catalyst in sustaining and growing the number of readers in China. Content can be packaged in whatever form is appropriate, but readers must not dither away their time. Hence, BIBF organizes Literary Salons, where authors from China and abroad were invited to read and discuss their writing with the audience. One of my favorite sessions was with Alan Lee, an artist who visualized the world of Lord of The Rings by hand on paper.

For the first time, the BIBF introduced a dedicated space in hall E 1 for children’s publishers. This strategy ties in with their “focus on reading” initiative that aims to draw more children into the world of books. With Shanghai’s Children Book Fair now in its second year, there is pressure on BIBF. Opening up a dedicated children’s hall was an appropriate reaction to cater to demand — something that was an oversight for 22 years, but has now been remedied.

As mentioned in the above, BIBF managed the Rights Center very tactfully this year. To be consistent with their B2B approach and encourage serious trade, BIBF only allowed rights agencies to take tables and no publishers were allowed to rent tables. Apparently, a lot of small publishers would rent Rights Center tables instead of a booth to save costs. That approach not only created uneven crowd in the Rights Center but was also incurring loss to the BIBF organizers.

Focus on Arab World and Asia

The United Arab Emirates was the guest of honor country at BIBF this year. China will be guest of honor at New Delhi World Book fair in January 2016. Several events were organized to bring Asian and Arab publishers around the same table. Chinese players have somehow realized that they have focused too much on the West in past few years at the cost of ignoring their own backyards. It wasn’t until Chinese mobile phone maker Xiomi sold more than of 4 million mobiles in India that Chinese entrepreneurs finally saw the importance of such markets.

The Tokyo and Seoul book fairs leverage the spiraling demand of digital content markets. BIBF also understands the need of educating domestic publishers about the best practices in digital publishing from around the world. On the other hand they need to showcase their digital expertise, and for the ninth year, there was a dedicated digital publishing forum to feature such content.

This is a state policy close to premier Xi Jinping’s heart and the publishing industry has been asked to contribute. To this effect, publishing representatives from various Silk Road nations, such as India, Iran, Turkey, Germany etc. signed bilateral agreements to enhance trade relations at an event hosted by Anhui Publishing Group.

Hersh Bhardwaj is a publishing consultant based in New Delhi, with his first book due from HarperCollins India shortly. He is currently overseeing the expansion of a Canadian publishing company in the Indian subcontinent. You can find him on T@HershBhardwaj.