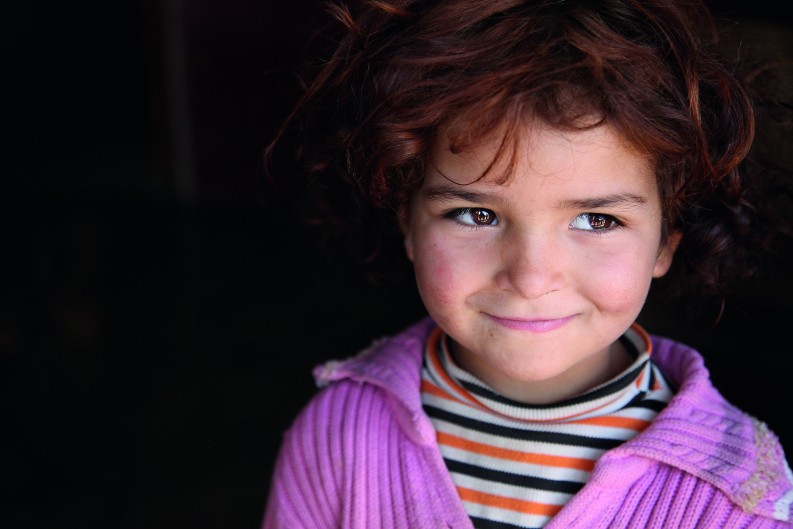 Hank and John Green, aka, the VlogBrothers helped get the campaign off and running with the YA community.

The Bookseller reports that a campaign by authors to help Syrian refugees has raised more than £100,000 in less than a day.

The campaign was started on Twitter by author Patrick Ness, who announced that he would match 10,000 pounds in donations to Save the Children, given through an online donation page he set up.

That target was reached within hours, and YA author John Green quickly jumped in, announcing that he would match the next 10,000 pounds.

The third 10,000 pounds was matched by Derek Landy, followed by Jojo Moyes, along with Green’s brother vlooger Hank Green, and two anonymous donors who each agreed to match 10,000 pounds. Tens of thousands of young Syrian children, like the one pictured, are in need.

Then … a group of “YA authors on the West Coast of America” announced that they too would match another £10,000: Margaret Stohl, Melissa de la Cruz, Sabaa Tahir, Leigh Bardugo, Lauren DeStefano, Pseudonymous Bosch, David Levithan, Libba Bray, Lauren Oliver, Jacqueline Woodson, Alexandra Bracken, IW Gregorio, Stacey Lee and Maureen Johnson, who also gave “bespoke nicknames” to anyone who donated on her timeline.

As of Friday morning, more than 170,000 pounds have been raised.

Ness told The Bookseller: “I am astonished at how people have responded. I think, by pure accident, I happened to express my frustration at the right moment (on Twitter).

“And American YA authors took it right up and pledged and cajoled and offered things for people when they donated. I’m amazed.

“And I think this is the populace that the government needs to pretend doesn’t exist or it might just have to act like normal moral human beings about the refugee crisis.”

The depths of the Syrian refugee crisis finally hit home this week with the photo, seen worldwide, of the young boy Aylan Kurdi, whose body was found washed up on the coast of Turkey.