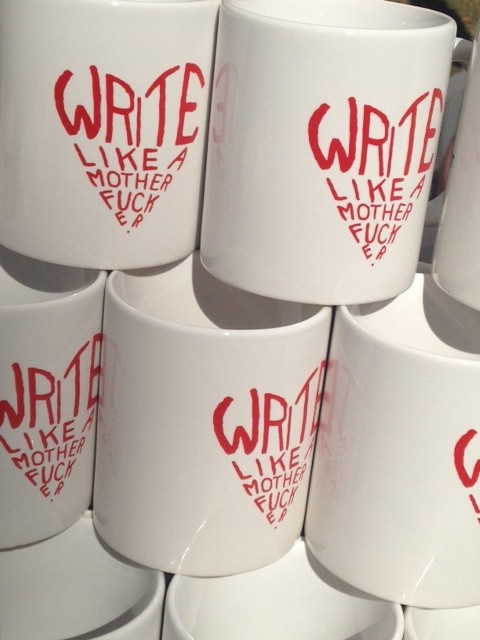 A sunny, blustery day gave Brooklyn a chance to show off its literary chops, with A-list panelists and celebs discussing the writing life and craft.

On Sunday, the 10th Anniversary of the Brooklyn Book Festival (on Twitter under #BKBF15) embedded Brooklyn Heights with a cacophony of events, white tents stuffed to the gills with books and periodicals, and eager readers. The event is notable for its democratic nature; compared to say, The New Yorker Festival, the entire thing is free and open to the public. Cultural and programming partners were a literary hit parade and included The New York Review of Books, PEN American Center, BAM, Brooklyn Public Library, the National Book Foundation, The Nation (which celebrates its 150th birthday this year), Cave Canem, The Center for Fiction, and many more. To that end, the downside is that lines got long and some got shut out, but for the most part if you queued up a half hour early that wasn’t a problem, as evidenced by my attendance of both the popular “If You Don’t Laugh, You’ll Cry” and “The American Essay” panels.

The only thing noticeably missing was food: in large part the lunch crowd headed to Montague Street, which made me wonder where the usually opportunistic artisanal Brooklyn food trucks had disappeared to (not that my hungry 12-year-old son and official photographer companion was complaining after spotting a Five Guys).

This was my first time to visit this festival, and it was a gorgeous day compared to the drizzly one last year that I kept hearing mutterings about; warm in the sun and cool breezes, at times pesky for all of the paper that blew around the booths. Paperweights abounded. The Rumpus’ famous inspirational mugs were on sale …

Brooklyn had every reason to show off yesterday. Events dotted one lush location after another. “The Writer’s Life” panel was held in the auditorium of St. Francis College, just one of the hospitable venues that included the stunning all wood moldings-ladders-catwalks-and old book smell Brooklyn Historical Society Library, and the picturesque St. Ann & the Holy Trinity Church, where The Nation managed to fill the pews at the end of the long day with a panel led by MSNBC’s Chris Hayes.

The panels were filled with things to think about, long after the last words were said. Moderators, who were more likely writers than not, such as “The Writer’s Life” moderator Elissa Schappell, had come up with provoking open-ended questions like “What are your obsessions?” Or, “What is the best writing advice you were ever given?” To the latter, Ben Greenman thought about it for a second and remembered being told to write about characters as if they didn’t know they were being looked at; a trick that for him has offered a lot of creative freedom. Author and speaker Pico Iyer (The Art of Stillness), on the same panel, suggested that when you finish writing a book, don’t submit it for publication for a year or two, because for him, the deepest understanding of what a books’ central themes are tend to come long after he finishes writing the last page. Joyce Carol Oates weighed in at one point to clarify her belief that writers write because “they’re striving for originality of language.” She also considered the difference between styles of memoirs she had written, based on when she’d penned them. There is a difference between writing in the “white heat of the moment,” in a present diary format as something is happening, and in the more omnipotent voice of experience, when time has passed and you know what is going to happen, she explained of her process. “The American Essay” panel, led by acclaimed essayist Phillip Lopate, was a session of three readings by authors Leslie Jamison (The Empathy Exams), Wendy Walters (Multiple/Divide), and Kent Russell (I Am Sorry to Think I Have Raised a Timid Son). Jamison read a scholarly piece that threaded her ongoing study of James Agee with a meditation on empathy; Kent Russell read a humorous essay about a visit to the subculture Juggulos scene; and Wendy Walters read from a work that touched on sweeping questions of identity and place. Questions from the crowd could be a good indicator of the overall discussion occurring in the memoir publishing industry as of late: “What’s the difference between personal essay and memoir?” “Is there a difference between the New York essay and the American Essay?” and “What is the difference between magazine writing and essay writing?”

“Magazines are the spoonful of sugar that makes the medicine go down,” offered Russell, who described his trick of selling writing to magazines tied up in the art of uncovering American subcultures to explore. He take is similar to that David Foster Wallace employed in writing the essay collection The Supposedly Fun Thing I’ll Never Do Again. The author’s son got an audience Judah Friedlander…

The subway platform home to Manhattan was a show of book lovers teetering with their newly stuffed, branded tote bags (London Review of Books had a particularly generous “like us on FB and get a tote promotion going on” which was evident on shoulders across Cadman Plaza). I spent more money than I had intended to on books, but all are signed now and wait anxiously in my ever-growing TBR pile. Judah Friedlander’s book isn’t out until next month, but following the panel “If You Don’t Laugh, You’ll Cry”, shared with Leslie Stein and moderated by author and playwright Ayun Halliday, he signed 11 x 17 posters of this book jacket, and delighted my kid with this “James — You’re a winner” autograph.

We were all winners! Brooklyn 4-EVAH!