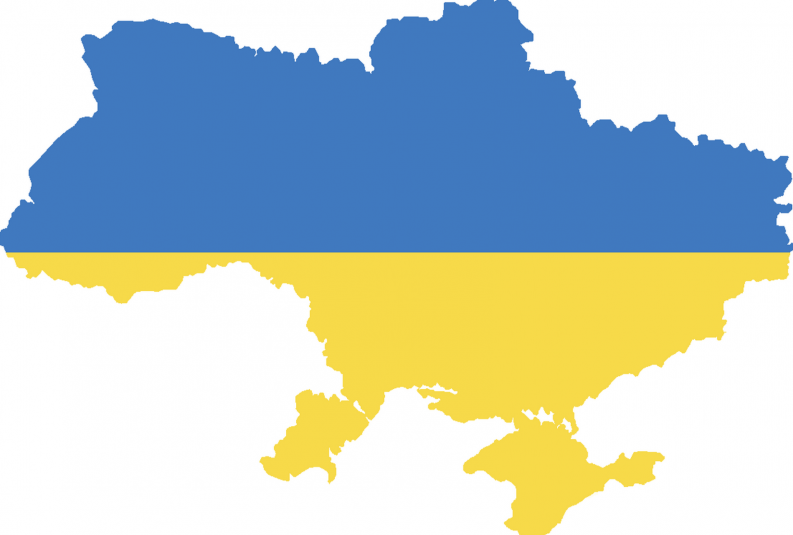 Book publishing and literary culture is playing a increasingly important role in the Ukraine’s defense of its independence.

Two years ago I had the good fortune to attend the Lviv Book Forum in the Ukraine, shortly before hostilities between the Urkaine and Russia got truly hot. It was eye-opening, not least because it is all too easy as an American to lump together most of the former Soviet satellite states together in one hodgepodge. The truth is, I was taught to think that way in the 1970s by a father who was in the US military and spent a good part of my formative years tell me that “they” were ready to blow us off the earth with nuclear weapons. “They” being the Soviets.

This did change somewhat for me when I spend a year working in Bucharest, Romania and Tallinn, Estonia in the last 90s. Still, my education is ultimately incomplete.

And so, for me at least, lumping together the former Soviet republics together may still seem easy, but it is also lazy — and unfortunate.

One thing I did learn very clearly during my visit to the Ukraine is that the country has its own distinct literary identity, one that it has been struggling hard to sustain itself in the face of Russian aggression — both military and cultural.

After all, as we have noted in the past, the Ukrainian book business was for many years dominated by Russian imports — though this too has changed since the war, with imports falling and some in the Ukrainian literary community seeing it as an opportunity to reassert themselves.

Recently, I heard from Oksana Hmelyovska, who is one of the co-editors of Chytomo, a Ukrainian website covering books and the media market. She noted, that now that the Ukraine is embroiled in what amounts to a war “we hope that culture and publishing play not the last role in defense of our independence.” True words.

But, as the Ukrainian author Natalka Sniadanko recently noted in a post on Electric Literature, Ukrainian culture remains — as it has been for a very long time — at risk:

Ukrainian literature—or Ukrainian culture more broadly—employs the words “last” quite often: last territory, last bastion, the last issue of a magazine, the last books of a bankrupt publisher, the last Ukrainian-speaking readers, writers, translators. There is a well-known contemporary classic, a collection of essays by one of Ukraine’s best-known authors, Yuri Andrukhovych, called My Last Territory; there is an art management agency called Last Bastion. Because Ukrainian literature has been aware of being in a sort of intellectual ghetto at least since the 1920s, for a long time there was a program on local radio called “Music from the Ghetto.” Ukrainian literature had kept pace with all the European trends and traditions, arriving at modernism right on time in the early ’20s, but with the advent of Soviet rule in eastern Ukraine, intellectuals began to be shot and then slaughtered en masse, particularly writers, many of whom actually lived on the same street in a kind of cozy little writers’ colony in what was then the capital city, Kharkiv—a city now located just a few dozen kilometers from the Russian border, so that these days its residents wake up every morning and flip on the news to find out if the Russian invasion is underway yet or not.

Sniadanko continues with a long history of cultural repression and exploitation (not just by Russians, but by Poland as well) and then outlines the role publishers and publishing have to play in defining the country — both at home an abroad.

The first Ukrainian publishing houses came into being right after Ukraine gained independence in 1991, but they mostly published classics of world literature that had been banned in the USSR, and mostly in Russian. Very occasionally they’d do a classic of Ukrainian literature taken from the school curriculum. Contemporary Ukrainian literature was barely published at all during this period. Any volume of new Ukrainian poetry or prose that did get published became a big event—not only because these works were of astonishing quality, but also because of how infrequently even amazing books were getting printed.

After the Orange Revolution of 2004 there was a brief thaw, and a fashion for contemporary Ukrainian literature. The publishing industry picked up, and dozens of new names appeared. Aside from the biggest—although let’s face it: the only—Ukrainian book fair in Lviv, other, similar events were established in other cities. But the last few years, unfortunately, have seen a return to the harsh literary realities of the ’90s. Many publishers are going out of business, and those that linger are still unable to permit themselves to publish debut authors, opting instead and exclusively for famous names that can guarantee them sales.

But it is not all bad news and, as noted above, the war has made literature all the more important, as writer find themselves bound together in solidarity.

Writers collect money for the army, for displaced persons, and for the wounded, organizing charitable reading tours in the eastern territories and in the ATO zone, as well as signing up for the army themselves. Whether they volunteer or are drafted, there are a number of writers in the east now writing very good literature inspired by their experiences, which they often publish in fragments over social media.

And it is this solidarity that may give the survival of the literature hope. And while the situation is very fluid and perilous, she adds that the war has resulted in “Ukrainian literature…changing in unexpected ways.” Adding:

“The Ukrainians have been waiting for almost a century for a new kind of renaissance, which would encompass literature and more. But until that happens, we seek safety in literature as a kind of last bastion.”

For those interested and invested in the idea that literature is a force that can counter the worst instincts in men (including laziness), then it is worth reading the full and informative piece in its entirety.