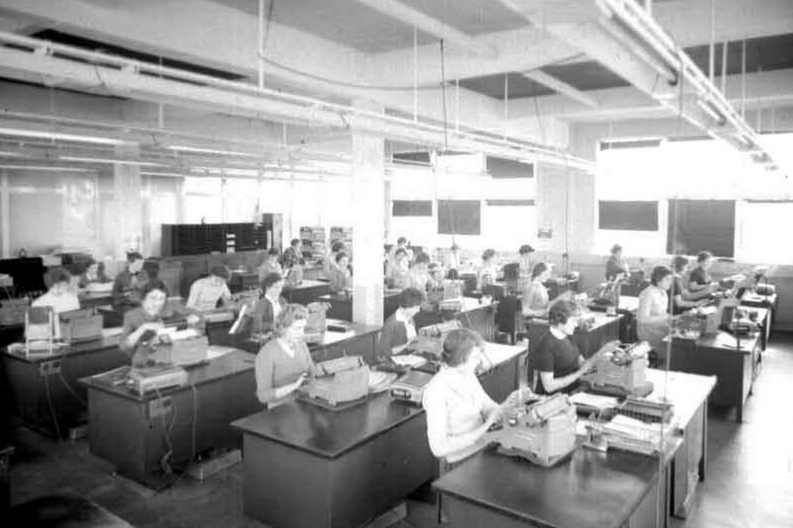 Roger Tagholm muses on the end of the summer holidays in the UK and what vacation might have looked like for several executives in the internet age.

They are the most painful of returns — the ones that mark the end of summer and back to work. If only there was a “firm sale” equivalent for holidays. You book your tickets and that’s it — you don’t have to come back.

Loudon Wainwright caught the atmosphere well in his poignant song “Summer’s Almost Over”. “Summer’s almost over, fading like a tan/Vacation time is running out like an unplugged fan/Labor Day is coming. Wet the old grindstone/ For all those lazy, hazy, crazy days you must atone.”

Trouble is, many of us take the grindstone with us now. “Out of office” has practically become meaningless. It might as well say “Still in the Office” since everywhere is an office now. (Thanks, Tim Berners Lee. When you developed the internet, bet you never knew you were turning the world into a global office and wrecking holidays.) Everyone knows everyone is pretty much reachable anywhere. You have to be very clear about your holiday modus operandi. “I am away until X and would rather bungee jump without a bungee than check my emails”

But some like to avoid the email mountain when they return and so are happy to check their mobile/tablet on the beach. In the UK, Bloomsbury’s Executive Director Richard Charkin will answer his emails anywhere and Faber’s Chief Executive Stephen Page has been known to send a few from the poolside, too. Souvenir’s Ernest Hecht remains an exception — he has yet to discover what a smartphone is. (Ernest — you can watch Arsenal on one, though you may not want to judging by their first match of this season.)

The return to work has been particularly tough for Waterstones staff this month. They got back to discover that while they’ve been away, there has been no work going on at all — their colleagues have all been playing pinball in the group’s promotion of the Murakami title Wind/Pinball, which has seen pinball machines installed in the Piccadilly and Glasgow stores. Out in Petra, James Daunt kept getting increasingly excitable texts saying “1172! Glasgow”, “2153 Piccadilly!!”, “3897 Glasgow!!!” as emotional staff pinged their latest scores to him.

In case you’re wondering, Petra is, admittedly, a guess for the Daunt family. They may not have gone there at all. You can imagine the scene — his daughters, Molly, 17 and Ella, 11 went “Hmmm. Petra, New York, Petra, New York …” weighing things up, and then said: “Yep, Dad we’ve made up our minds. Can we go Virgin Atlantic, please?” Next thing you know, poor old James — who is more or less an old-style Arabist — was trudging around the awful (yet magnificent) M&M shop cum museum on Times Square, with only the latest scores from Sauchiehall Street to keep his spirit up. That and bumping into fellow Arabist, Martin Latham (“Latham of Arabia”), from the Canterbury shop, who had been similarly persuaded by his children.

Of course, at Hachette some staff didn’t go away at all. Most hotels aren’t as luxurious as the group’s new Thames-side offices. Roland Philipps, publisher at John Murray, enjoyed a break with his family camped out near one of the pretty planters in the south west corner of the glorious roof terrace. He said he could see the room at the Savoy in which Donald Maclean stayed, which meant that any expenses for the week could be written off as tax-deductible research for his forthcoming biography of the famous spy.

But let’s finish with the time-honored tradition of bringing something back for the staff room/kitchen/break area. The rule here seems to be that no matter what it is, it will be eaten. It is, after all, free. It’s harder with the offerings from Charlie Redmayne at HarperCollins of course. The last local delicacy he brought back was Harlequin…