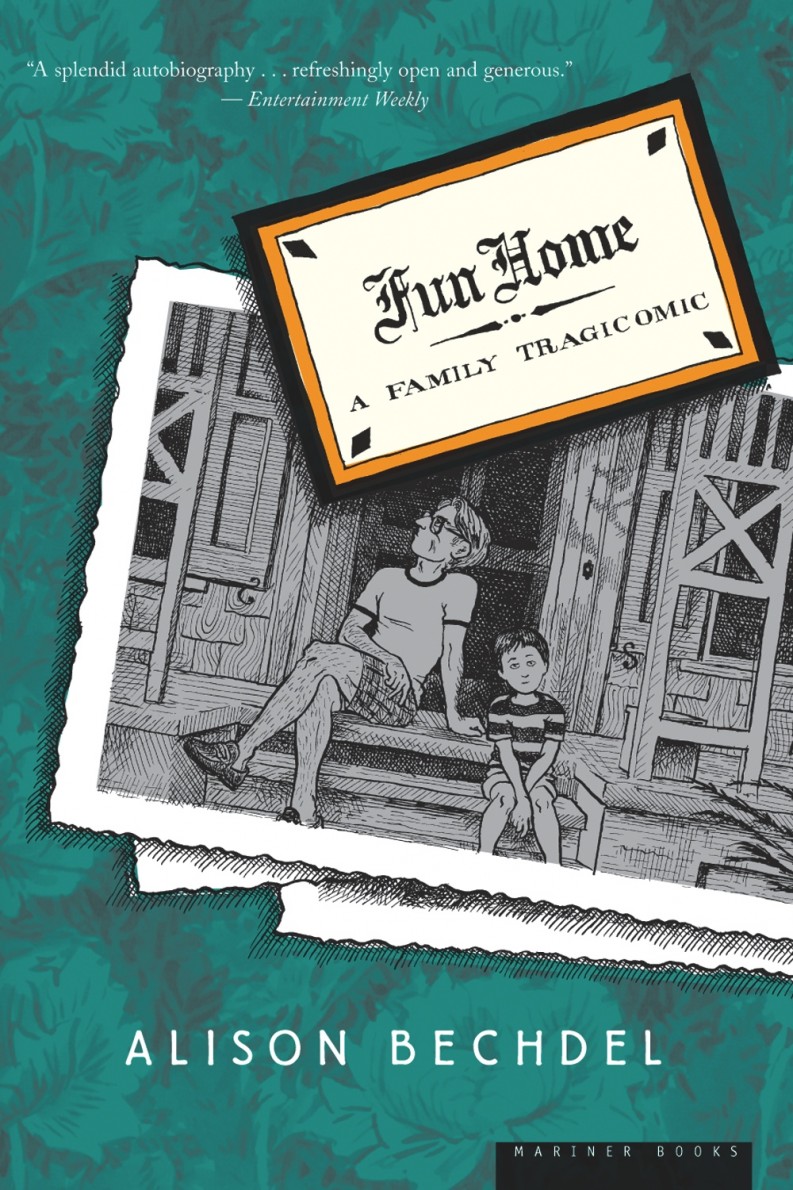 A panel from Fun Home…

Some freshmen at Duke University have balked at reading Alison Bechdel’s Fun Homeclaiming visual depictions of lesbian sex offend them, sparking a debate.

Fact: Alison Bechdel’s Fun Home is an award-winning, critically-acclaimed, best-selling graphic novel/memoir, one that thoughtfully addresses issues of coming of age, sexuality identity and prejudice, while offering students an opportunity to increase their awareness and empathy. Fact: Duke University, established in 1838, is a nonsectarian, secular private university in North Carolina that has produced eight Nobel laureates.

Yet, according to the university’s newspaper The Chronicle, the fact that Fun Home is part of the school’s summer reading program has been a source of conflict and controversy.

Claire Ballentine reports that several incoming freshmen of the Class of 2019 have elected not to read Fun Home “because its sexual images and themes conflicted with their personal and religious beliefs.”

Freshman Brian Grasso posted on the Class of 2019’s Facebook page that he would not be reading the book “because of the graphic visual depictions of sexuality.”

“I feel as if I would have to compromise my personal Christian moral beliefs to read it,” he wrote in his post.

Grasso’s post received many responses, some against and some in favor. The Chronicle reports, for example, that Bianca D’Souza said that “while the novel discussed important topics, she did not find the sexual interactions appropriate and could not bring herself to view the images depicting nudity.”

Jeffrey Wubbemhorst agreed, saying he couldn’t read the book due to its graphic novel format. “The nature of Fun Home means that content that I might have consented to read in print now violates my conscience due to its pornographic nature,” he wrote in an email.

For some students, the assignment changed their perception of Duke. Freshman Elizabeth Snyder-Mounts said, “I thought to myself, ‘What kind of school am I going to?’”

Grasso agreed, saying that he felt that the selection was “insensitive to people with more conservative beliefs.”

“Duke did not seem to have people like me in mind,” he said. “It was like Duke didn’t know we existed, which surprises me.”

Of course, not all students were opposed to the book. Freshman Marivi Howell-Arza noted that, “Reading the book will allow you to open your mind to a new perspective and examine a way of life and thinking with which you are unfamiliar.”

Indeed. And isn’t that the point of going to college in the first place?