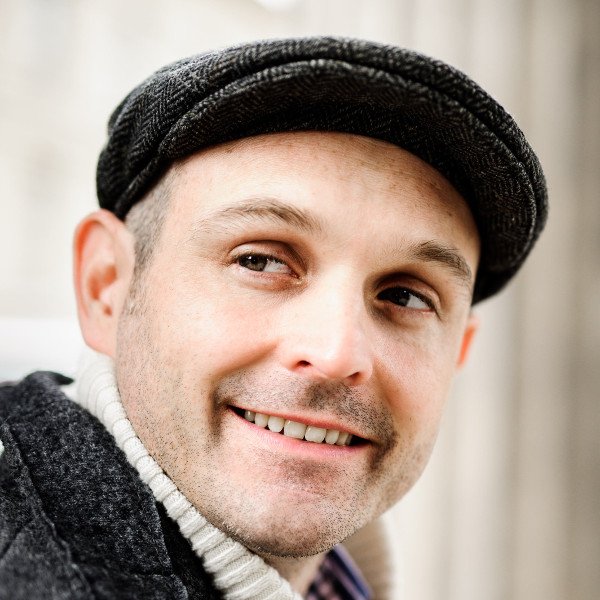 Forging a new, open synergy between creators and publishers will better position the industry to face the future, says transmedia storyteller Jerome Goerke. With the Frankfurt Book Fair approaching, I expect the question regarding innovation in the publishing sphere to again be a hot topic of discussion. In previous years, I have noticed that ways to deliver content have mostly been put forward as examples of innovation, usually associated with audiovisual enhancements, magazine style apps, or unique digital protection measures. More recently, the focus has shifted a little toward addressing the acquisition process and the relationship with authors, and whether there shouldn’t be a call or even incentive for creators to lead the innovation for the sake of industry as a whole.

Perhaps it is only personal experience speaking here, but I feel publishers seem to have assumed the onus of innovator as the industry seeks to bridge the difficult “Analog-Digital Divide.” As I see it, the problem with this approach is that publishers are dealing with content produced by authors who have worked hard to become a specialist in one form of writing, with the ultimate goal of earning a reasonable living from an established source. After all, publishers, or in fact anyone who financially backs a creative idea, cannot remain viable unless they receive the content they feel their audience expects.

But what this symbiotic relationship does is create a devil’s circle, as the Germans say, with content being produced that has already been produced in a slightly different but easily recognizable form. When you operate in this circle, it is difficult to think outside the box or ‘break the loop.’ That applies to both publisher and content creator. Already we see transmedia-, niche- or short-form authors who want to try something different going off on their own, setting up shop and doing all the things they are obliged to undertake because publishers are focused on catering to the prevalent moods while keeping their imprint a recognizable and trustworthy one.

When these ‘breakaway’ authors are correct in their assumptions and gain a following on YouTube, via their own platforms, or even as a self-published novelist, so begins the idea that traditional publishers have to compete with those they once relied on to succeed. To me, when newer authors or creators are not looking at or turning down offers from publishers who do not have the resources they once had, everyone around and within the traditional industry suffers. More and more young and versatile storytellers will gradually be drawn to innovative diversifying companies who appreciate the worth of good content (see Red Bull’s support of the band Awolnation as an example).

Alternatively, new creators will open their own houses, agencies or innovative collectives or go straight to YouTube because the digital age gives them all the tools and markets to do so at very low barriers to entry. Meanwhile entrepreneurs are paying ghostwriters $80 on a work-for-hire basis to produce short Minecraft books that are then ranking well on the Amazon charts. As a fan of the work traditional publishers do, I would love a rethink in terms of how they source their material in the digital age, and thereby really leverage the tools available to them on the demand side.

Opening the door to new ideas written for the digital age

A writer’s job is to rely on their genius to produce new works. A publisher’s, arguably, is to escort that work from good to great, put their long-established seal of approval on it for the reading public and then administer the mostly third-party distribution chain to ensure the reader receives it. If we take just two publisher offerings of ‘seal’ and ‘editorial support’ as starting points and forget the ‘how’ of ‘genre’ or ‘delivery format’ (hardback, soft cover, ebook etc), and instead replace this with a new form of open synergy between creator and publisher, I feel authors and publishers are better positioned to tackle the future together.

One approach is to consider that stories no longer need to come in a single “container” (one TV show, one film, one book or one song). You can of course package all these boxes in larger boxes like a series or an album, but the idea remains the same. In the past, readers, viewers and users were more comfortable being as such, namely reader, viewer or user. Now they are all three in the same sitting. The same applies to the understanding of “author”. The web provides a limitless terrain to portion tales or parts of tales into multiple formats. So why not set out to write specifically for that new possibility, and develop those who, as part of their oeuvre, already create or seek to create this “paracontent”? In short, treat authors as creators. The term paracontent, by the way, was coined by Michael Bhaskar (now of Canelo) to describe all content that is fully integral to the rich experience of a work but disconnected from it, e.g. author-composed music, sites, apps, skits, animation, photography, listicles etc.

Each piece of paracontent can be monetized or used as marketing (or both) for the central work. While publishers channel their work-flows and resources to producing stories with words on pages you have to turn, paracontent usually comes as a expensive afterthought (read: third party) and assumes more of a marketing feel rather than something original from the author’s storyworld. The disconnect here often prompts creators to merge their crossmedia skills into agencies or collectives. Alternatively, companies will diversify or open to solicit quality content, thereby luring such creators to win-win-win content platforms like Vessel.

Audience at wheel of new model

So how does one go about creating a symbiotic relationship between innovative author and publisher, and where does that leave the slushpile, agents etc? I believe there are any number of ways of going about this, and some have been (or are being) tried as we speak. But tightening the connection between audience and creator I feel is a step in the right direction. Proposing a definitive idea as to how to do this is not the right approach, however, as the market is too fragmented, and editors who patron any idea can quickly move on.

Nevertheless, I do feel the tools and platforms are already at hand to encourage publishers into affordably trying something new while welcoming the broadly cross-skilled modern creator. In writing this piece, a couple of approaches sprung to mind, and I include them here not because they are the silver bullet, but more because I would like to see more of these kinds of invitational experimentation within an industry that already has an existing audience to approach, entertain and retain with an unconventional delivery of ideas, which in itself can be a way of telling a story.

The ideas above aim to keep the cash flow in the publisher while preventing broad-reaching, multi-platform ideas and stories from slipping though fingers just because they don’t attempt to keep the status quo. Ideally, any new implementation should aim to encourage disruptive ideas by welcoming them into an incubator designed especially for the purpose. What should be avoided is any attempt to predefine what those ideas should be, for example that a commenced project has to come from one person, or that the story must be “turnable”.

Perhaps the toughest aspect about all this is how much a publisher is willing to accept that a book’s time/opportunity cost to a prospective reader is today based on a publicly visible average rating, and not the singular opinions of reviewers or championing editors and their house seal. I think therein lies the crux of the matter, as it may involve a relinquishment of power to the audience for the ultimate longevity of the house. Nevertheless, by taking this route, I feel authors will be more encouraged to experiment with well-considered, broad-reaching and viable projects, and this in turn will make it easier to feed that innovation down the pipeline from supply side to demand.

Jerome Goerke (@wiverndigital) BA, MBA, is a journalist and consultant specializing in transmedia storytelling. Formerly with Deutsche Welle TV and founder of the Berlin-based communication agency Tint Services, he is today director of Wivern Digital – a pioneering digital storytelling and animated production agency based in London and Berlin. His animated musical storyworld Addison’s Tales was nominated for the first Berlin Crowdfunding Prize in 2014, and he has written articles for Transmedia Storytelling Berlin and Pro Video Coalition on aspects of crafting a story for the digital age. He will be revealing crossmedia lessons learnt as a guest speaker at this year’s Frankfurt Book Fair.