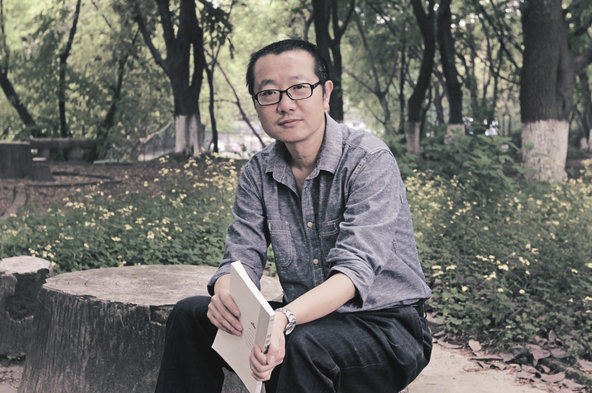 Two science fiction translations, one from the Dutch and another from Chinese, took home the best novella and best novel honors at this year’s Hugo Awards. “The story, set against the backdrop of the Cultural Revolution, involves a secret military project that sends signals into space to establish contact with aliens. The signals are received by an alien civilization that is on the brink of destruction and decides to invade Earth.”

In a 2014 interview with the Times, Cixin noted his SF was inspired by changes in Chinese society.

“’China is on the path of rapid modernization and progress, kind of like the U.S. during the golden age of science fiction in the ’30s to the ’60s,’ Mr. Liu said at the time. ‘The future in the people’s eyes is full of attractions, temptations and hope. But at the same time, it is also full of threats and challenges. That makes for very fertile soil.’”

Best-selling author George R. R. Martin praised the win, saying: “It’s a strong book, an AMBITIOUS book, a worthy winner … and the first Hugo to go to China, which is cool. Let us put more ‘world’ in worldcon, by all means.”

The Hugos were this year embroiled in controversy as various camps of fans — some right wing conservatives — sought to champion certain titles above nominees they felt were too lefty or message-driven.

In the end, it was actually multiculturalism that won out, as two translations, took home prizes: “The Day the World Turned Upside Down” by Thomas Olde Heuvelt, and translated from the Dutch by Lia Belt translator (Lightspeed) won Hugo for best novella. What’s more, G. Willow Wilson, a graphic novelist who spent many years living in Egypt, took home the best graphic novel, for her comic series Ms. Marvel — which is notable for having a muslim heroine.