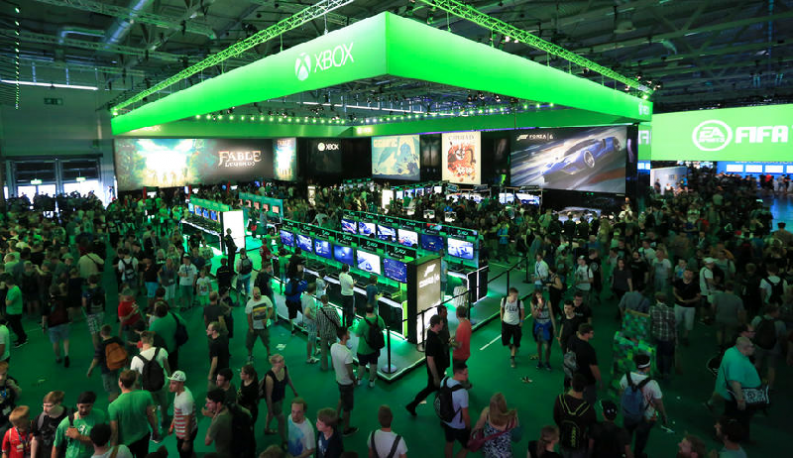 The games industry in Germany is booming: in the first half of 2015, the digital games business generated turnover of 534 million euros, a rise of 3% compared to the first half of 2014. The Gesellschaft für Konsumforschung (GfK), one of Germany’s leading institutes for market research, and the Bundesverband Interaktive Unterhaltungssoftware (BIU) predicted considerable growth for 2015, estimating that the digital games and hardware industry might even exceed last year’s 11% rise over 2013. It’s fair to say that an industry like this is an attractive partner for the book industry. To facilitate connections and rights opportunities between the book and games industry, Gamescom Cologne, the world’s leading event for computer and video games, and the Frankfurt Book Fair invited rights managers to participate in “License Day” at this year’s Gamescom (5-9 August 2015). Representatives from publishing houses, film studios, agencies and games publishers attended the event.

“As an international media fair we want to offer our customers additional contacts in related industries. Both sides profit from that: The content know-how of publishing houses is very interesting for the games industry, too”, said Holger Volland, Vice President of Business Development for the Frankfurt Book Fair.

Maximilian Schunk, CEO of BUI, added: “The trend toward transmedia storytelling will grow even more in the future. If you’re not thinking beyond the boundaries of your primary medium, you won’t be successful in the entertainment and content markets of the future.”

At this year’s Gamescom, all eyes were on German publisher Bastei Lübbe, which acquired the majority holding of Daedalic Entertainment, a games developer from Hamburg, in 2014. The publisher’s plan is to adapt Ken Follett’s world best-selling book, The Pillars Of The Earth, as a narrative adventure game. In 2017 a release for PC, Mac, Playstation, Xbox and iOS is planned, with the video game being marketed worldwide. The release of the game is set to coincide with the publication of Follett’s third book of the Kingsbridge series, making sure that the publication of the game will get as much publicity as possible.

When it comes to rights and licensing, a 360-degree approach is one of the keys to success. As book publishers expand their vision beyond the book industry and put more emphasis on subsidiary rights such as audio, film and games rights, it is possible for publishers to create an entire world around the content from their books, with each new medium strengthening the product family.