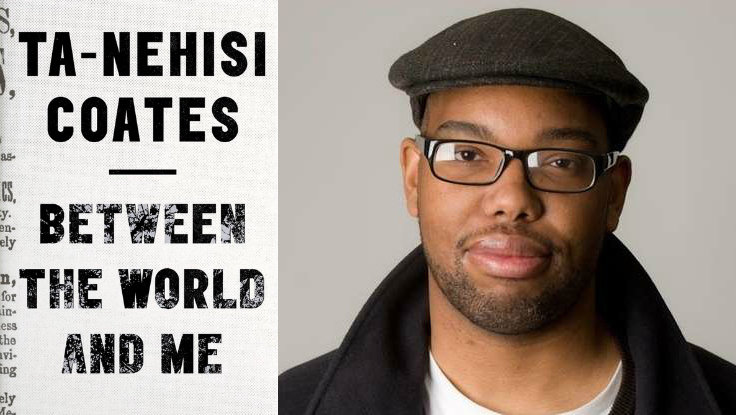 A debate has ensued over the use of an illustration of a man in blackface and a headline using the “n-word” in a review of several US books on racism.

Tai-Nehisi Coates’s latest book, an extraordinary look at racism in America, titled Between the World and Me, was recently reviewed by the Dutch newspaper NRC Handelsblad along with several other titles on race and racism in the U.S.

Unfortunately for all concerned, the editors ran the piece under the headline, “Nigger, Are You Crazy?” accompanied by illustrations of figures in blackface. The twitterverse, as reported by Karen Attiah of the Washington Post, went ballistic. In response, the editor of the NRC’s book supplement, Michel Krielaars, announced that the illustrations had been taken down online, so as not to “offend non-Dutch speakers who only read Twitter.”

(Of course it wasn’t just “non-Dutch speakers” who were offended. Vox cited Dutch writer and activist Simone Zeefuik, who wrote a long criticism of the review on her blog, calling out the title for being “racist” and making the case that the illustrations “captured Blackness as Dutch, mainstream whiteness likes to see it: colonial, submissive, sad and with a dash of blackface.”)

In a series of emails with Attiah, Krielaars explained that the headline was simply a quote taken from one of the books under review, Paul Beatty’s The Sellout, spoken by a fictionalized version of Supreme Court Justice Clarence Thomas. He went on, adding that:

“When choosing the headline, we aimed at the intended audience of the piece: Dutch readers of the book section (black, white, but: Dutch readers). Because ‘N—’ is an English word, the offensive value in Dutch is not as direct as it is in English, comparable with the effect of less racially sensitive swear words. We realized the word is offensive, but in the headline it was meant to focus on the pessimistic message of Paul Beatty’s book when he gave the line to his fictional Clarence Thomas. Considering the fuss in your country it would have been better if we had put the headline between quotation marks.

“No, we didn’t assume it would offend Dutch readers (black or white), otherwise we wouldn’t have chosen it. Also we didn’t think about possible reactions by non-Dutch readers, because the article is in Dutch and it does not aim at non-Dutch readers. The fact that, through the web, this article travels across the world we consider a good thing. But we don’t think it’s fair if the title travels by itself, without the context of the language in which the article was written. Having said that, we may have underestimated the possible impact on the image of a newspaper spread with these illustrations and this headline. We do regret this.”

And on the topic of whether the illustrations were intended to be seen as stereotypical blackface, he added:

“Yes, it was a conscious decision to depict the situation with the use of stereotypical blackface portraits. Like I said: the illustrations are offensive, because the racial situation in the US, as described in the reviewed books, is offensive. Note that ‘whiteness’ in these illustrations is depicted as someone with a gun. I wouldn’t call it irony: it’s cynicism. And it was meant to be cynical.”

Attiah though, isn’t buying his explanation:

“Krielaars’s argument doesn’t pass the laugh test. How does one consciously intend to use racially offensive imagery and language, but yet say it’s ‘stupid’ to think that they were intended to offend? The editors knew full well the emotionally violent, dehumanizing power of the n-word for blacks in America and were perfectly fine with offending them needlessly, even though the article was about racism faced by American blacks. To note that ‘whiteness’ is represented by a figure with a gun strikes a false balance — there is no globally dehumanizing caricature of whiteness on the same level as blackface. The only regret was on the impact of the image around the world, not the offense itself.”