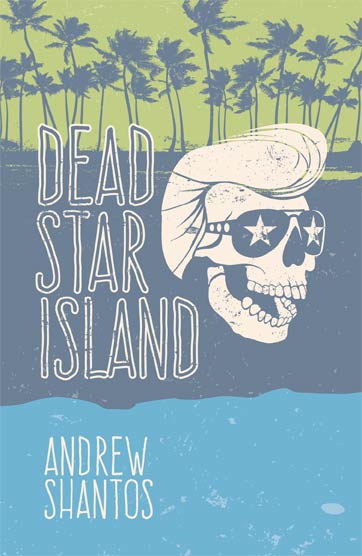 It used to be the case that only the lucky few dare to call themselves ‘authors.’ Not any more. There has never been a better time to dust off that forgotten magnum opus you’ve had hidden in the bottom drawer for so many years.

In fact, with more than 20 books published every hour in the UK and the explosion in small independent publishers, we are now producing more books per head than any other country.

A YouGov poll in February this year found that “author” topped the list of dream jobs among Brits, ahead of musician, actor, lawyer and interior designer. But is it such a dream after all?

Here, one debut author — me — describes his journey towards publication.

Just got off a Skype call with Janet, my publisher at Alliance Publishing Press. Apparently, in their office, I’m known as “The Wanker.” Not any more, though, she assured me. Oh, well that’s alright then. Yes, they like me now. Ever since we finally thrashed out that contract, wrangling over percentages and subsidiary rights in the faintest of hopes someone will actually make money out of this book. Was I being that difficult about it? Don’t you think my agent would also be a wanker? If I had one, that is.

I’ve almost had enough. I’ve read the book about forty times in the last two months. My mum’s quite excited, though. And the few people I’ve told seem quite impressed that it’s actually being published. Even if it is a tiny indie outfit. I’m their thirteenth publication. Good, honest prime number, thirteen, I keep telling myself.

One week till launch date. I like my book again. Dead Star Island by Andrew Shantos. Has a nice ring to it. I’ve started getting really nervous. Hardly anyone knows. How do I tell all my friends? Everyone at work? And how do I do it without seeming like a smug bastard? No idea.

One review so far. A chick-lit book blog. Ruined my bloody holiday. What a beautiful thrill of excitement as I read the opening lines! And how it died as I read on and found out what she actually thought. Janet tells me I should be grateful – someone took notice. Yeah great. Three years, giving absolutely everything I have, working deep into the night while the wife and kids sleep upstairs. Summarily dismissed as “anti-climactic.” Thanks for that. Bloody hell! The lows and highs of exposing your soul to the world.

We made it into the Sunday Mirror!

F*cking yes!!! I actually shouted that at my six year old boy while hopping about the front room in my pajamas. A quirky page-turner, they called it. A tiny review but perfectly formed. F*ck you chick-lit girl. And now, all of a sudden, there’s actually something to tell people. Some real news. My first Facebook status update in two years, announces my arrival as a proper author. Everyone is impressed. Especially me. What a smug bastard I am. And proud of it.

Launch date. Should be exciting. But isn’t. Mildly interesting mid-morning when Brian, the developer sitting opposite, congratulates me. How did he know? Facebook. Later on it turns out everyone knows. I didn’t realize people bother reading the rubbish other people put on Facebook, but clearly they do. And then suddenly at the end of the day there’s half a dozen people sending me emails who are either writing a book or want to. They want advice. No problem. As long as you buy the book and give me a 5 star review. Then I’ll pretend my very best to know what I’m talking about.

The blog post on my website which no one has read has been accepted by the Writers and Artists website: How many hours does it take to write a novel? 746 to be precise. Finally I’m glad of that obsessive compulsive streak which compelled me to log every hour I spent writing the book. The Writers and Artists website! They make that book I’ve got on my shelf which allowed me to hassle literary agents without success for most of 2014. Am very chuffed!

The Cyprus Mail On Sunday — today featuring “A minute with … Andrew Shantos.” Haha that’s me! The ex-pats in Paphos get to read my answers to questions such as: “What did you eat for breakfast this morning?” Not sure I’ll get many sales from this one. My cousins are impressed though. It’s a whole full page. Several column inches are devoted to the contents of my fridge. I guess nothing much happens in Cyprus, apart from banks collapsing, and that’s old news. Unlike the publication of Dead Star Island, featuring the world’s first one-armed Cypriot detective, and a host of stars the world thinks are dead.

Am in Brighton’s biggest local paper, The Argus! Quite surreal. The paper I used to deliver as a boy has me in it. There’s a great big photo where amazingly I don’t look like a smug bastard and actually quite handsome even if I do say so myself. Half a page of text, a few mugshots: Jim, Marilyn, John. One of Elvis with the caption “Elvis, meanwhile has become a fitness freak.” Another full page spread no less. I was expecting a paragraph hidden away in the section on old ladies with cats up trees.

At 9,125 in books on Amazon. That’s quite a small number in the grand scheme of things. Wunderbar.

Had my weekly Skype call with Janet last night. We’re pals again. Turns out she’s spent £4,500 publishing the book. Then after all the smiles and virtual backslapping, she reminded me about my promise to pay for some advertising. Did I really say that? Oh, alright then. Where first? Facebook I suppose.

Went back to the Brighton Waterstones, convinced they aren’t stocking the book, ready to shame everyone who works there by waving the Argus feature in their faces. Oh. It’s there. Sitting on a table next to Peter James. His books that is. Nice. Thinking about it, is that really a good thing? Isn’t it rather like going out on the pull with someone stupendously attractive? Who’s going to notice me? I certainly wouldn’t. I’d be too busy trying to get Peter James sloshed.

I’m a local celebrity. Lots of people still read The Argus, I’ve discovered. I thought it was just the little old ladies with cats curled up in laps, basking in schadenfreude. Late last night a journalist from Latest TV sent an email, wanting to do a feature. Channel 8 on Freeview. The local one no one watches. I met him by the Prince Albert mural, the one of all the dead stars. Terrified. I can’t remember a word I said. Almost hoping they don’t use it, I’m wincing already at the thought of watching me drone on about a load of old sh—I mean my book.

First Facebook ad is out. Almost straight away someone clicked on it. Hooray. It goes straight to the Amazon product page. Cunning, that. How will they resist? Would be nice to know exactly how many actually go on to buy it. No idea how though. More research needed.

People keep on asking me to sign their books. Quite a nice feeling, though a bit embarrassing. It just feels like I’m defacing something. What will they do if they don’t like it? Just keep quiet, I guess, pretend they didn’t actually read it, and never engage in conversation with me ever again. That’s what I’d do.

Interview on Juice FM, with Boogalu Stu. I was so nervous going in: sweaty palms, dry mouth. But I actually enjoyed it. Stu’s as lovely as he is camp. Can’t remember anything I said, again. Except me saying the word “Elvis” about forty times, which may have been too many, even for late night local radio.

Slipped back to 30,000 on Amazon. Almost a week into the Facebook ads. I’ve spent £87 on 2 ads: one aimed at women, one at men. Men are clicking more. Age seems irrelevant. Might get devious with targeting different interests. It appears Facebook knows everything about you. It’s enough to make you delete your profile. Except I need mine to try to flog my book at people that have told a global media empire exactly what they like to do all day long.

Ranked 120,000 on Amazon. Back to where I was three weeks ago. Saw in the news: Go Set A Watchman sold 100,000 copies. In the UK alone. In 24 hours. I can hear the mouse clicks of all those eager book buyers in my dreams, like a bloody rainstorm, in a land far, far away from me.

Finally worked out how to track sales from the Facebook ads. Total sales after two days of tracking… zero. Time to pull the ads, bloody waste of time. Maybe those Facebook users aren’t such mugs after all.

We’re planning the second wave of publicity. The last one subsided into the tiniest eddy in the ocean of published literature that is the Amazon marketplace. People keep on asking, “How are the book sales going?” I’m rather pleased to tell them: “I don’t know.” Janet gets the figures once a month, rather old-fashioned. And the fact is, I don’t want to know. I can’t even bear to look at Amazon. I can just picture my book, so low down, all it takes is one sale to climb about 50,000 places. The long tail they call it. Well I’m somewhere near the tapering end of that Brontosaurus.

Back to where I started. Bollocks.