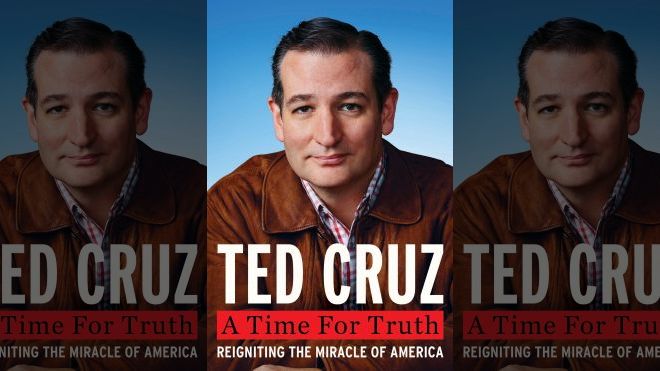 Ted Cruz’s book has been left off the New York Times bestseller list after accusations it was bought in “bulk,” sparking a debate about how the list is compiled.

According to Nielsen Bookscan, Cruz’s book A Time For Truth sold 11,854 copies in its first week. Even so, it was left off the Times’ bestseller list because, as a spokesperson told Politico, “the overwhelming preponderance of evidence was that sales were limited to strategic bulk purchases.”

“We have uniform standards that we apply to our best seller list, which includes an analysis of book sales that goes beyond simply the number of books sold,” Times spokesperson Eileen Murphy explained when asked about the omission, quoted at Politico. “This book didn’t meet that standard this week.”

Asked to specify those standards, Murphy replied: “Our goal is that the list reflect authentic best sellers, so we look at and analyze not just numbers, but patterns of sales for every book.”

“Conservatives are complaining that “bulk purchases” should still count as sales:

And while they might have ground to stand on there — if by “bulk purchases,” the Times meant “10,000 copies purchased to be sold at Walmart” — but the Times specified that it believes HarperCollins engaged in “strategic bulk purchases.” In essence, The Times accused Cruz’s publisher of trying to buy its way onto the bestseller list by having a firm like Result Source hire thousands of people across America to individually purchase a copy of A Time For Truth, in the hope that some of those retailers are on the secret list of booksellers who report their sales to the Times, or that the aggregate purchasers will simply be too high for the Times to ignore.

“In other words, conservatives are upset that HarperCollins got caught trying to rig the system in order to make A Time For Truth a bestseller, though that’s not quite how they see it…”

In a statement to BuzzFeed News, though, HarperCollins refuted the Times’ statement.

“HarperCollins Publishers has investigated the sales pattern for Ted Cruz’s book A Time for Truth and has found no evidence of bulk orders or sales through any retailer or organization,” publicity director Tina Andreadis told the outlet, adding that other papers, that also omit titles with bulk orders did have Cruz’s book on their lists.”

In addition, the Senator’s campaign told Politico that the Times “gave a false explanation” on why it omitted Cruz’s book from its bestseller list:

“Their decision to blackball Cruz’s book suggests that the Times very much does not want people to read the book,” spokesman Rick Tyler said, as quoted by Politico and cited by TPM. “There were no ‘strategic bulk purchases.’ Cruz spent last week on a nation-wide book tour, signing copies of his book at multiple locations. Booksellers at each event had long lines—sometimes over 400 people per event.”

At The Daily Beast, Malcolm Jones wrote about the importance of making the New York Bestseller List, and just how complicated the process of compiling the list is:

“The Times takes its role in all this very seriously, which is to say, it knows how important the list is to publishers, and it doesn’t like being gamed.

“If you’ve got deep pockets and want to make your book a bestseller, you can do that. You can buy up books in bulk and make the list. To counter this, the Times weights the results of its tabulations from stores around the country. It also does this to keep, say, New York City or other big book markets from controlling the contents of the lists.

“So, for example, if the Times sees that a significant number of the 11,854 copies of Cruz’s book sold so far this week come from one place or a handful of places, the newspaper does not give those sales the same weight it gives sales from other stores and online outlets.

“Which is admirable, and also worrisome. Admirable because the Times wants its list to reflect what books readers actually bought, not what was snapped up in bulk by some company in the employ of a conservative interest group (some other day we’ll undertake an examination of the closed circle in which conservative writers publish books with conservative publishing imprints, which are then promoted by conservative Fox News commentators to conservative viewers who loyally buy the books—if you doubt the effectiveness of such a loop, consider that nearly every mainstream publishing conglomerate has an imprint dedicated exclusively to books by and about conservatives). Worrisome because who ultimately decides what constitutes a legitimate sale? And a sale is a sale is sale, or isn’t it? Well, no, clearly at the Times it is not.”