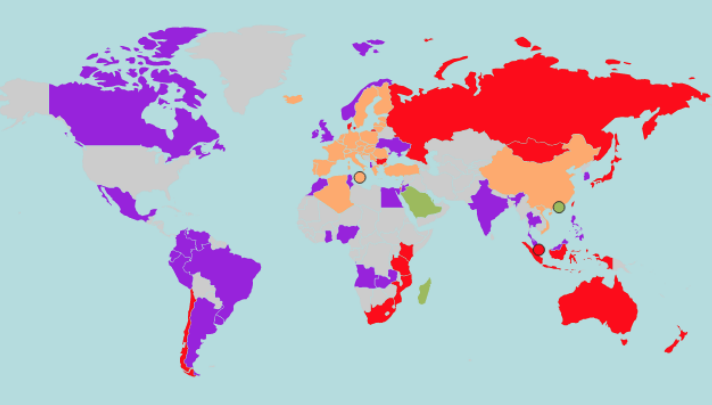 The International Publishers Association (IPA) and the Federation of European Publishers (FEP) have released a report detailing the VAT rates on print and digital books around the world, which “reveals wide contrasts between print and digital, as well as between nations and between regions.”

Among the key findings:

Also included in the report is an appeal by IPA Policy Director José Borghino that countries consider a zero-rate VAT on books and ebooks.

“Our reasoning, simply put,” writes Borghino, “is that the medium- and long-term social, cultural and economic advantages of such a shift far outweigh the minor inconvenience of creating another ‘special case’” — or exception to standard taxation rules.

“Books are the engines of knowledge acquisition and transfer, and the digital economy of the future depends on their flourishing. The circulation of books, however, is particularly sensitive to price and they are therefore especially vulnerable to the imposition of a VAT/GST.”

In a press release about the report, IPA General Secretary added his view on the news that Greece’s VAT rate on books will be reduced from 6.5% to 6% as part of the deal to avoid default and an exit from the eurozone: “[I am] relieved to see that that even during times of harshest austerity, the importance of books and reading is being recognized by all policy makers in Europe. This is an important lesson to remember.”

Download the report here to see a list of VAT rates around the world, as well as the IPA’s view on the VAT/GST on books and ebooks.