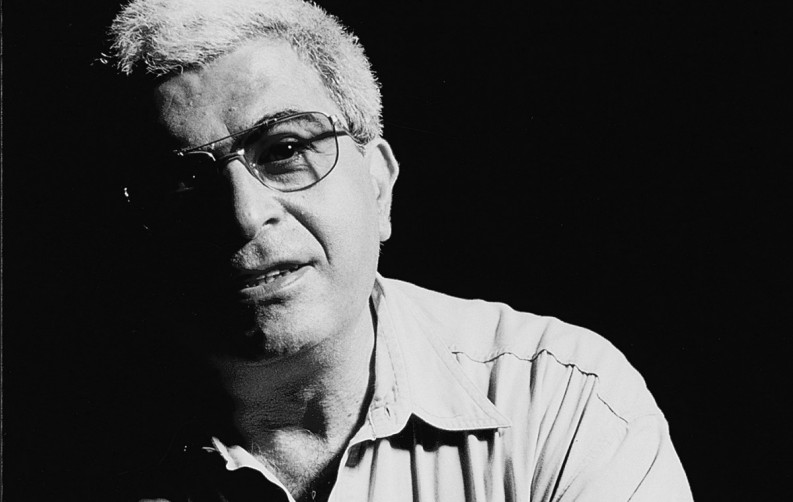 Elias Khoury will be among the authors taking part at the Shubbak Literature Festival this July in London.

This July 25-26 London hosts a two day event organized by Saqi Books and the British Library celebrating Arab writing, as part of the 2015 Shubbak Festival.

This July 25-26, the British Library Conference Centre, will host a two day event celebrating the best contemporary writing from the Arab World as part of this year’s Shubbak Festival. The program was developed in conjunction with London’s Saqi Books, along with the British Library.

For background, see our profile: “Saqi Books: Publishing as Politics, Publishing with Purpose”

Shubbak (meaning ‘window’ in Arabic) is London’s largest biennial festival of contemporary Arab culture. For its third festival, which runs from the 11-26 July, Shubbak presents its most ambitious programme yet, with UK premieres and new commissions from artists across the Arab world. This year’s festival will present a truly varied programme designed to appeal to London’s population in all its diversity.

On the 25th and 26th July the Shubbak Literature Festival will present a weekend of literature and storytelling at The British Library with some of the finest writers from across the Arab World. From poetry to novels, from new literary forms to graphic novels, the Shubbak Literature Festival explores the depth and diversity of current Arab writing in the UK, Europe and across the Arab world.

11am – 12.30pm
Children’s Workshop with Lena Merhej of Samandal Comics
Free, booking required. Join Lebanese illustrator and animator Lena Merhej on a magical journey through the animal kingdom. After a short bilingual reading from the Lebanese children’s book Alef Ba: Rim Loves her Letters, children and adults will get the chance to get creative and write their names in a completely new way. Over 5s only. All children must be accompanied by a guardian.

11am – 12.15pm
The Rise of Arabic Literature in English
There has been a significant growth in the availability of works by Arab authors in the English language in recent years, as well as a rise in the number of Arab authors winning mainstream literary prizes. But what impact has this surge of interest in Arabic literature had on the writers, translators and readers of these works? British Syrian writer Robin Yassin-Kassab chairs a discussion of this phenomenon with award-winning Iraqi poet, novelist and translator Sinan Antoon, acclaimed British Palestinian novelist and playwright Selma Dabbagh, Marcia Lynx Qualey, founder of the Arabic Literature in English website, and author, scholar and translator Professor Daniel Newman.

12.30 – 1.45pm
Science Fiction in the Arab world
From utopian dreams to dystopian nightmares, could a new wave of Arabic science fiction spur us to reimagine alternative futures in the Middle East and beyond? Sindbad Sci-Fi’s producer Yasmin Khan joins forces with Shubbak to beam up a stellar panel of visionary writers, including Egyptian Ahmed Khaled Towfik, author of Utopia, Iraqi Ahmed Saadawi, author of the IPAF-winning Frankenstein in Baghdad and Iraqi playwright Hassan Abdulraz

3– 4.15pm
Writing Change: Words in Times of Conflict and Crisis
What is the role of literature and poetry in times of massive upheaval? Award-winning poet Daljit Nagra chairs a discussion of this key question, featuring Mourid Barghouti, one of Palestine’s greatest living poets; Kurdish writer Choman Hardi, based in Iraqi Kurdistan, whose work has focused on the Anfal genocide and forced migration, and has featured on the UK GCSE curriculum; and young Syrian short story writer and journalist Rasha Abbas, a contributor to Syria Speaks: Art and Culture from the Frontline.

4.30 – 5pm
Hot Off the Press: Author Readings
Syrian dissident Samar Yazbek and Gazan IPAF-shortlisted Atef Abu Saif read from their latest books, The Crossing and The Drone Eats With Me: Diaries From A City Under Fire, both hitting the bookshelves in July. Readings in Arabic and English.

5.30 – 7pm
The ‘Astonishing Form’: An Evening of Poetry from across the Arab world
A celebration of the magic of poetry – referred to by Mourid Barghouti as the ‘astonishing form’ – with a variety of radical, powerful and perhaps unexpected voices. Featuring performances and readings in English and Arabic (with translation) by Mourid Barghouti, whose I Saw Ramallah won the Naguib Mahfouz Medal for Literature and was described as “one of the finest existential accounts of Palestinian displacement we now have” by Edward Said; multi-award-winning British Egyptian performance poet Sabrina Mahfouz; Iraqi poet Ghareeb Iskander, whose work engages ancient Sumerian myth and contemporary Iraqi reality; and Palestinian spoken word artist Rafeef Ziadeh, whose poems ‘We Teach Life, Sir’ and ‘Shades of Anger’ went viral online within days of their release. Included in Saturday and Weekend Pass. A limited number of single event tickets are also available priced £8 (£6 over 60s, £5 other conc)

11am-12.15pm
Drawing Your Attention: Comics and the Graphic Novel in the Arab world
Across the Arab world comics and graphic novels are fast becoming a key fixture in the literary landscape. Paul Gravett, co-curator of ‘Comics Unmasked’ at the British Library, chairs an illustrated discussion with pioneers of the form including Lena Merhej, co-founder of the Samandal collective in Lebanon, Andeel, co-founder of Egypt’s Arabic comic magazine Tok-Tok, and Libyan-British manga-influenced comicwriter and artist, Asia Alfasi.

12.30 – 1.45pm
Arabic Europe
Several generations of Arab writers live across Europe, many of whom write in the language of their European home. How does the contemporary European political and cultural landscape intersect with the Arabic roots of these writers, and to what extent is a dual identity celebrated or even allowed in a polarising Europe? Shubbak’s Artistic Director Eckhard Thiemann discusses all this and more with Moroccan-Dutch author and journalist Abdelkader Benali, Algerian-French writer and director Faiza Guene and British-Sudanese writer Leila Aboulela.

3 – 4.30pm
Flippy Page Comic Workshop
Free, booking required.Join Lena Merhej of Samandal Comics to learn how to make your own bilingual comic, where two worlds collide. The Flippy Page is an upsidedown technique invented by Samandal to deal with the two opposite reading directions of Arabic and English. Great fun for all ages!Over 12s only. All children must be accompanied by a guardian.

3 – 4.15pm
The ‘New Generation’ of Writers: Experimental Forms, Renegade Subjects
Across the Arab world the act of writing is changing – new forms of language are emerging and subjects previously seen as taboo are being tackled with increasing vigour. Author, activist and cultural commentator Bidisha chairs a discussion with Syrian author Shahla Ujayli, who until recently taught Modern Arabic Literature at the University of Aleppo,award-winning Omani author Jokha al-Harthi and controversial Yemeni writer Ali al-Muqri, author of sexually and religiously daring novels such as The Handsome Jew and Hurma.

5.30 – 7pm
Elias Khoury in conversation with Marina Warner
To close the Shubbak Literature Festival, Elias Khoury, one of the leading lights of Arabic literature and author of a number of awardwinning novels, including the critically acclaimed Gate of the Sun, discusses his writing and inspirations with award-winning author, academic and critic Marina Warner. The author will also read from a selection of his novels.

Saqi Books was founded in 1983 to publish outstanding quality academic and general interest books on the Middle East and North Africa. Saqi took the lead in publishing banned works by novelists and political dissidents, but also works reflecting a progressive attitude in their treatment of urgent issues facing the Middle East and the Muslim world. We have published the works of pioneering feminist Moroccan writer Fatema Mernissi, Egyptian Nawal El Saadawi, Moroccan Mohamed Choukri, Nigerian poet and novelist Chris Abani, and the explosive trilogy by the Saudi novelist Turki al-Hamad. We pride ourselves in recognising the importance in works whose subject matter has seen them turned down elsewhere.

Saqi’s links with cutting-edge and authoritative voices have led to a rigorous reassessment of Arab cultural heritage. Over the years Saqi expanded its list to include writers from all over the world. Launched in 2006, Telegram publishes international literary fiction. From debut novelists to established literary heavyweights, Telegram has brought diverse and powerful voices to readers with an appetite for ‘choice international fiction’ (Independent). Our authors include Dubravka Ugresic, Alberto Manguel, Sjón, Ferenc Karinthy, Pauline Melville and Eduardo Mendoza. The Westbourne Press was launched in 2012 and releases engaging and thought-provoking non-fiction.

Saqi Books was awarded the IPG Diversity Award in 2013, the British Book Industry Award for Diversity in Literature in 2009 and the Arab British Culture and Society Award in 2008.