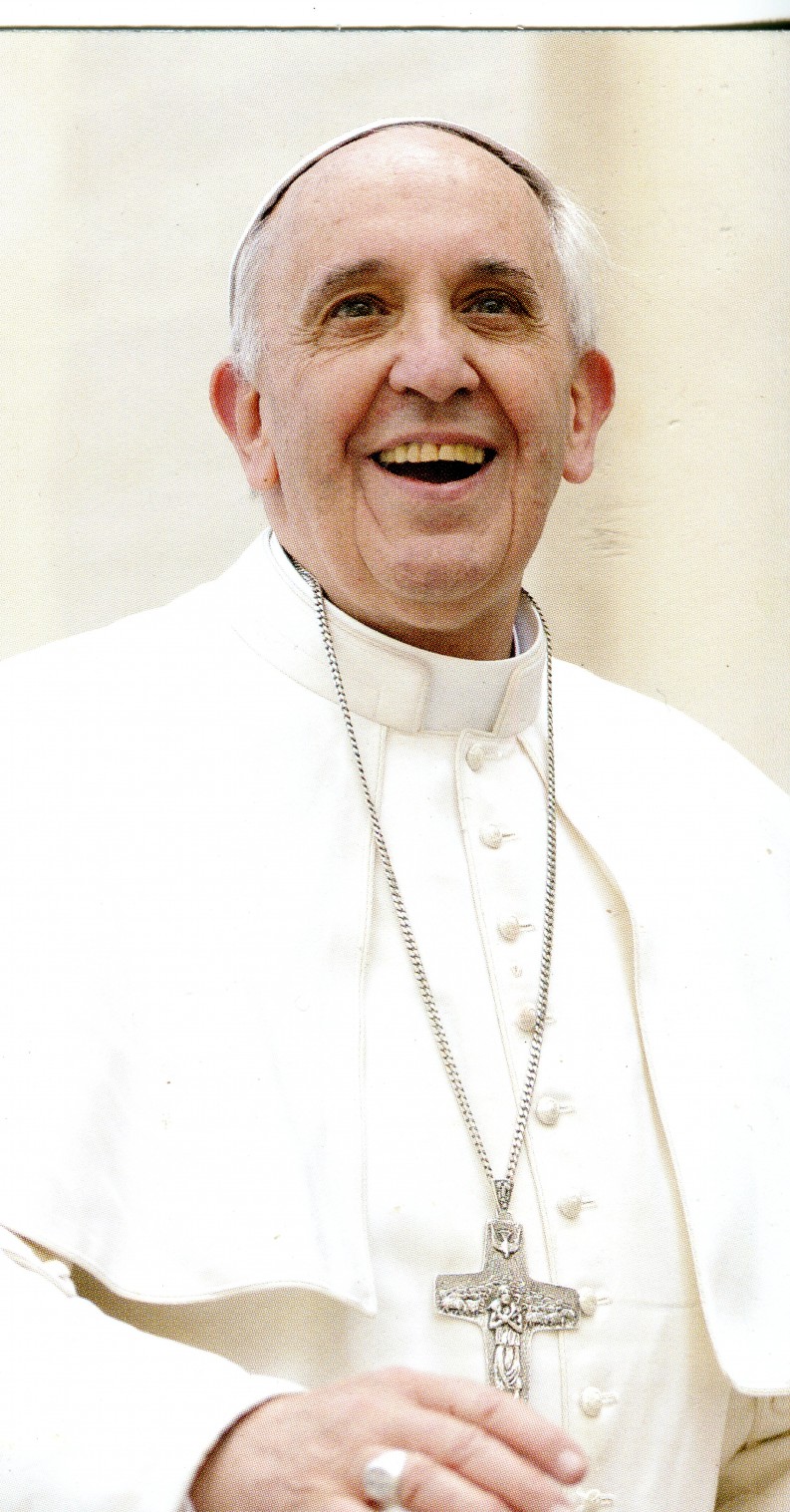 Pope Francis has given a boost to Jesuit publishers like Loyola Press, which has found a strong renewed interest in its books tied to Jesuit Catholicism.

In book-publishing you can run all the P&Ls, focus-groups, forced-publicity, social-media-presence you want and still only HOPE for a hit. And sometimes you just get lucky. Pope Francis has had a profound impact on Jesuit publishers.

If you are a Jesuit publishing house right now, you are in luck: the first (and only) Jesuit pope (you can bet it won’t happen again in our lifetime) who is media-savvy, down-to-earth, and, most importantly, a writer, is also a media sensation. Rare is the week that Papa Francesco isn’t in the news. Right now his highly-anticipated Encyclical Letter on the environment, On Care For Our Common Home, has him on all the op-ed pages. Again.

And if Francis has breathed new life into a 2,000 year-old church that was showing signs of dry-rot, he has also given Catholic publishers in general and Jesuit publishers, like Loyola, in particular a whole new lease on life. Loyola itself has produced a clown-car-cascade of hits starting with Chris Lowney’s Pope Francis: Why He Leads The Way He Leads (30,000+ units sold), Francis’s own The Church of Mercy (nearly 100,000 units sold) and Walking with Jesus (a follow-up sure to produce big sales numbers).

Joseph Durepos, Executive Editor at Chicago’s Loyola Press, doesn’t consider this alignment of a Jesuit pope with a Jesuit press “luck”: “To me—to all of us at Loyola—it’s a blessing.”

Loyola Press—which Durepos describes in one word as “Ignatian” — is a 100-year-old former University Press located in Chicago and run by the Midwest Society of Jesus aka “The Jesuits.” For those lacking a degree in Theology, “Ignatian” Spirituality, for Durepos, is that which “Sends us out into the world to the margins where we live the beatitudes among the most poor and neglected of the flock” and is based on the teachings and Spiritual Exercises of St. Ignatius Loyola, the Spanish founder of the Society of Jesus. Durepos adds: “We focus editorially on being a catechist’s [literally one who teaches the Catechism, but refers to all who work in Faith-formation] best-friend—those people who are in the trenches, who transmit the faith, making relevant the Church’s message. Our other focus is working with The Jesuits and their message as a religious Society.”

And then there’s being blessed twice: not only is the Pope a Jesuit, he proclaimed “A Jubilee Year Of Mercy” (in the papal bull Misericordiae Vultus) this past April—which cannot but help drive sales of Francis’s own The Church of Mercy which Loyola published this past November. And while papal Jubilee Years date back to medieval times, it was St. John Paul II who decided to give individual years’ a special devotion starting with his Year of The Rosary in 2002. Not to be outdone, his successor, Pope Emeritus Benedict followed up with years of Faith, Hope and Charity.

In typical Pope Francis style however, “The Year of Mercy” runs concurrent with “The Year of Consecrated Life,” which calls special attention to those who devote themselves to a religious congregation or society—like the Jesuits. Or Franciscans.

But it’s not just Pope Francis-books that Loyola has had wild success with: James Martin, SJ’s My Life With The Saints sold so incredibly well that Fr. Martin was subsequently snatched up by HarperOne (where he continues to pound out top-selling Religious Trade titles for the General Trade) and as Stephen Colbert’s “chaplain” on The Colbert Report. (For background see our earlier interview with Fr. Martin.)

But a post-James-Martin Loyola Press can still boast a big hit with Mercy in the City: How to Feed the Hungry, Give Drink to the Thirsty, Visit the Imprisoned, and Keep Your Day Job by Kerry Weber, the managing editor of America Magazine—the Jesuit-run magazine out of New York. Another book that Durepos claims “we just keep printing and printing” is Reimagining the Ignatian Examen: Fresh Ways to Pray from Your Day by Jesuit-priest Mark E. Thibodeaux, S.J.

Still, it’s Pope Francis who is the big news for Loyola and mercy is his message. As Durepos remarks, “That book—the Church of Mercy—gives us a certain entré into how Francis views this Church—one could even say his Church: not as a castle on a hill, but as a field hospital for the broken, where we do spiritual triage.” In this metaphor, Francis is especially close to one of his predecessors whom he himself canonized, St. John XXIII, who, before he became pope was a Chaplain in the Italian Army during World War I. In an Italian field hospital Good Pope John later recalled that he would, “Never forget the screams of a severely wounded Austrian corporal.” Pope Francis is often compared to St. Pope John, in his goodness and his flair for being in touch with the common man. And woman.

“A larger goal for Loyola Press is how many different ways can we get this message of Pope Francis out there: about a church based on the Eight Beatitudes, one that goes out to the liminalized—one whose focus is mercy—and work for those who may not have a voice, who don’t have an advocate. How do we tell them that, in Francis, they do now indeed have that voice, that advocate?”

All that Pope Francis is doing is based on not only his Jesuit-training, but on his love for his namesake: Saint Francis of Assisi. Nobody doesn’t love St. Francis, aka “God’s-Fool,” who single-handedly helped strip the Church of Rome of its worldliness to get back-to-basics and re-establish its “preferential option for the poor.”

“It is clear not only from his writings, but from his audiences, his off-the-cuff remarks that Pope Francis has—and encourages—a personal relationship with Jesus.” Hard to argue against this: St. Francis was the first to receive the stigmata (the five wounds of Christ), and St. Ignatius of Loyola dedicated his Society not to any saint, but directly to Jesus himself. Pope Francis seems to have blended the social-justice/brains-and-brawn of the Society of Jesus (the largest Religious Community in the Church) with the power-to-the-powerless Franciscan-movement (the second largest group of Catholic religious men and women) which tore through Europe in the 12th century and reinvigorated the church.

“By thinking small, Loyola Press has grown by leaps and bounds. We’ve turned away plenty of books that have found good homes elsewhere—and we are happy for them—but we’ve learned to focus, we’ve learned what is our focus. We know what our partners and our customers need and want from us. We know why we do what we do at Loyola—which makes the ‘what’ and ‘how’, not easy, exactly, but very intentional.”