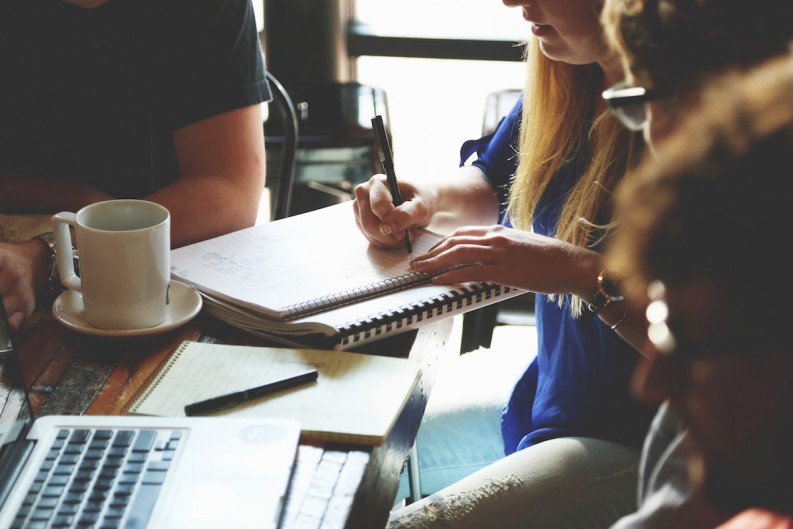 Creatives are challenging to manage “because it isn’t in their nature to conform.” It can be hard being viewed as a creative in a business world. It can feel like you are a turkey at a turkey shoot.

View these characteristics in a different light and you will see why identifying and harnessing creative people’s original thinking, sensitivity, and desire to change the world is key to the success of many businesses in our digital world, particularly those in sales and marketing. Yet the fact there are more than 300 million entries on Google for “creative people” and another 49 million for “managing creative people” suggests that it isn’t a particularly easy thing to work out what creativity means, who is creative and who is not, and how you manage those who are.

For many in marketing, being creative still refers to the artists, writers, and photographers involved in the creation of marketing materials, yet as marketing—and who is involved in it—becomes a broader and more diffuse concept, being creative could be said to have become a set of fairly ambiguous characteristics that anybody could have, whatever their formal profession. These could be said to include an ability to have original thought, a willingness to take risks, and someone who is more motivated by ideas and less motivated by money.

“There is so much BS talked about creativity, and the end result is that there is nothing more politicized in an organization than who is creative and who isn’t,” says Gordon Torr, former global director of JWT advertising agency and author of Managing Creative People: Lessons for Leadership in the Ideas Economy, published by Wiley.

“As long as [creative people] deliver results, being difficult is something to work with.”Gordon Torr

For Torr, the difference between creatives and non-creatives is practically “black and white” because “you have to differentiate between people with craft skill and conceptual skill. You can read music, play it, but if you don’t have conceptual skills, you can’t play three original notes.”

But the arrival of digital meant that this distinction got confused. “People with highly developed digital craft skills were highly valued, but all they could do was to produce great-looking sites that no one wanted to read. You needed the people with conceptual skills to make it interesting to read.”

According to James Allen, former PR executive and founder of London-based creativity trainers Creative Huddle, “if you ask 100 people to write out a definition of creativity, you’ll get 100 different answers. It’s one of those things where you can say ‘I know it when I see it’.”

Allen, like Torr, thinks the concern about creative people and how to manage them is “the recognition that the future is going to be a lot more about creative knowledge.
“So if you can be more creative, then you will get better-paid jobs than if you focus on easier, brainless work. For employers it is about being better than the competitors, and in certain industries, like sales and marketing, creativity is more important than in others.”

Allen warns that you can’t manage creativity, but you can manage for it, and perhaps because of this many companies “just want to look creative,” with the pool table and the PlayStation, but are in fact only going through the motions.

“Creatives need the right structure, as you can’t just be creative for seven hours,” says Allen. “And a lot of it has to be social—getting up from your desk and talking to other people—as well as autonomous. Allowing creative people to work where and when they like is most likely to produce more creative results. However, you do have to balance being creative with other traits like tenacity, so you don’t give in; or passion—the drive to learn and grow.”

Like Allen, Dean Johnson, Senior Vice President of Creative Innovation at Brandwidth Group and an award-winning app designer busy with apps for the new Apple Watch, believes that “a creative is someone willing (and able) to think beyond the obvious, take chances, and have the courage of their convictions.”

And for Johnson the ability to manage creative people is particularly important in marketing, “as there is no longer a single discipline to hide behind—it is a collection of earned skills, from social and digital knowledge, design and production management to strategic interpretation.”

A creative edge, he believes, comes from the ability to harness all the above and—as Torr says—“deliver outstanding results.”

Creatives are challenging to manage “because it isn’t in their nature to conform. Combine this with a genuine passion for their craft and it’s no wonder they clash with those tasked with keeping them in line. As long as they deliver results, being difficult is something to work with. If they don’t, chances are they’re being mismanaged or they are not creative and are hiding behind a ‘creative front.’ A good manager should be able to discern between the two.

“Creatives like to be managed by those that can create, rather than those that have merely learnt to manage. That said, for the relationship to work, and flourish, you need to build a team of people even more creative than yourself, with a greater spread of disciplines.”