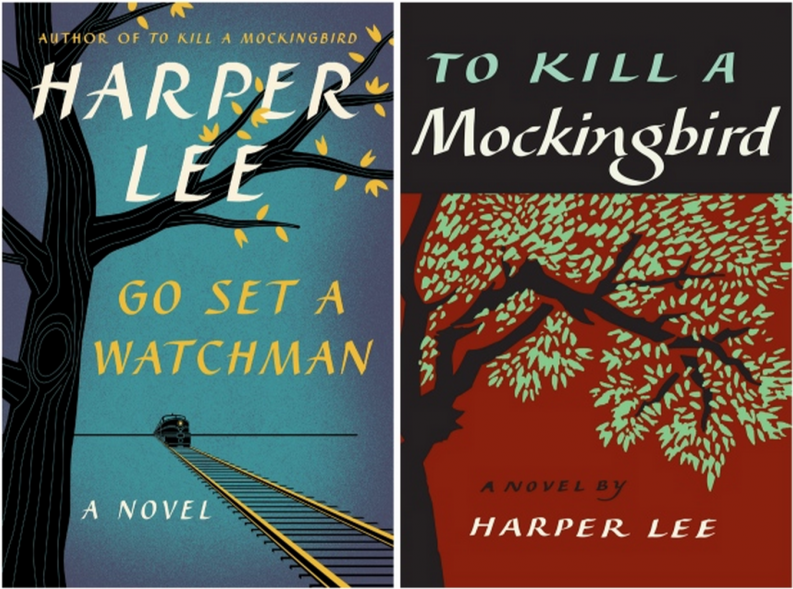 Go Set a Watchman has become a major hit in a year that needed one and raises questions about American society and its publishing and reading culture.

It’s absolutely no surprise that Harper Lee’s Go Set a Watchman has become one of the fastest selling books in recent memory. It is the publishing story of the year so far. And if HarperCollins sells out its first printing of two million copies it will net tens of millions of dollars (though Bloomberg Businessweek’s figure of $40 million seems generous).

This is just compounding the money made from Lee’s To Kill a Mockingbird, which is probably the most beloved novel in the American canon — outselling both the The Catcher in the Rye and The Great Gatsby (source: Bloomberg). It is standard syllabus stuff in American schools, and has sold some 40 million copies since its publication in 1960 (which earns Lee more than $3 million in royalties each year). Some read it in grade school, others read it in high school, but for 99% of American schools it is required reading. It depicts a world which that offers somewhat simple lessons about American ideals that are straightforward enough to be easily taught: In the novel, the white hierarchy of the South — an easy target and acceptably villainous — is upended and children are offered a lesson about bigotry, tolerance and thinking for oneself, not to mention a portrait of period and place in American history that, while faded into sepia tones, is still ever-present in American life (Ahem, Ferguson…).

And To Kill a Mockingbird will be popular so long as racism is an issue in American culture. Which basically means it will be a bestseller for generations to come.

But, now in 2015 with Go Set a Watchman, we learn that Atticus Finch may have had far more extreme and reactionary (yes, racist) views on race than previously depicted. This, obviously, complicates things. And it’s going to potentially complicate the earlier readings of To Kill a Mockingbird. And when it comes to literature, as much as I hate to admit it, complicated only very rarely has legs in the mass market (at least not usually) — especially when it come to books that are racially divisive, and especially when schools are involved. (Think back to 2011 and the move by a publisher to offer expurgated versions of Mark Twain’s Huckleberry Finn and Tom Sawyer.)

And, as NPR noted, the book really is a “troubling confusion of a novel”  that “will forever change” the way we read the masterpiece that is To Kill a Mockingbird.

So, with all this in mind, HarperCollins, the publisher of Go Set a Watchman, had implemented the best marketing strategy is could: create hype, rack up pre-orders, and make sure that the book is sold before anyone ever reads it. And, according to news reports (both Amazon and Barnes & Nobel say it is one of their fastest selling books of all time), it has worked.

Which leads me — as an aside — to the topic of pre-orders. Generally speaking, why anyone would pre-order any book is beyond me. I use pre-orders exclusively in the case of a book I know I will want to read with some urgency and that I’m likely to forget to buy (which is often and largely because the sense of urgency behind reading it is entirely transient.)

Making sure that you’re among the first to receive and read any book (save for if you’re Michiko Kakutani, who gets leaked copies of embargoed books as a matter of course) is also beyond me. I’d like to think that we’ve evolved beyond high school behavior — that false prestige about knowing the cool band before anyone else does — but when it comes to Go Set a Watchman, it makes sense that we approach it with a high school mentality. First to read it, first to be cool. And that makes sense, for something that might disappear rather quickly from the culture. But, honestly, with stuff that really matters, who cares if you were first…

Either way, HarperCollins has made hay out of the hype surrounding Go Set a Watchman: there have been the headline making questions surrounding the shady “discovery” of the manuscript; questions about its publication at a point in Lee’s life where all reports suggest she’s in no position to have had much say in the matter, the fact it has been published virtually unedited, according to new reports…It’s all created so much intrigue that it has been featured on in almost every major media outlet and hundreds of smaller ones (Granted, it is summer, after all, and this is one of the slowest news weeks of the year in the media, and this is one of the very few books (save for, perhaps, The Bible) many Americans will be acquainted, it’s a media story about the media, which is just the kind of story the media likes to write.

I fear that with these questions surrounding the book, what HarperCollins sold the public is both a book by a beloved, iconic American author and also a “book product. Or to put it another way, it’s both cheese and a “cheese product” — something sourced from warehouse of surplus goods — not deemed salable — that is only accessed in times of severe need to feed the hungry.

Publishing is hungry for a win in 2015  and the public is always happy to feed on a scandal. So, ahem, we now have something to feed on. Whether any of this will be nourishing remains to be seen.

Either way, we know what at least one result will be: HarperCollins is going to have a very good year.

As for Harper Lee? Her place in the history of letters is secure, no matter how this whole shenanigans plays out.